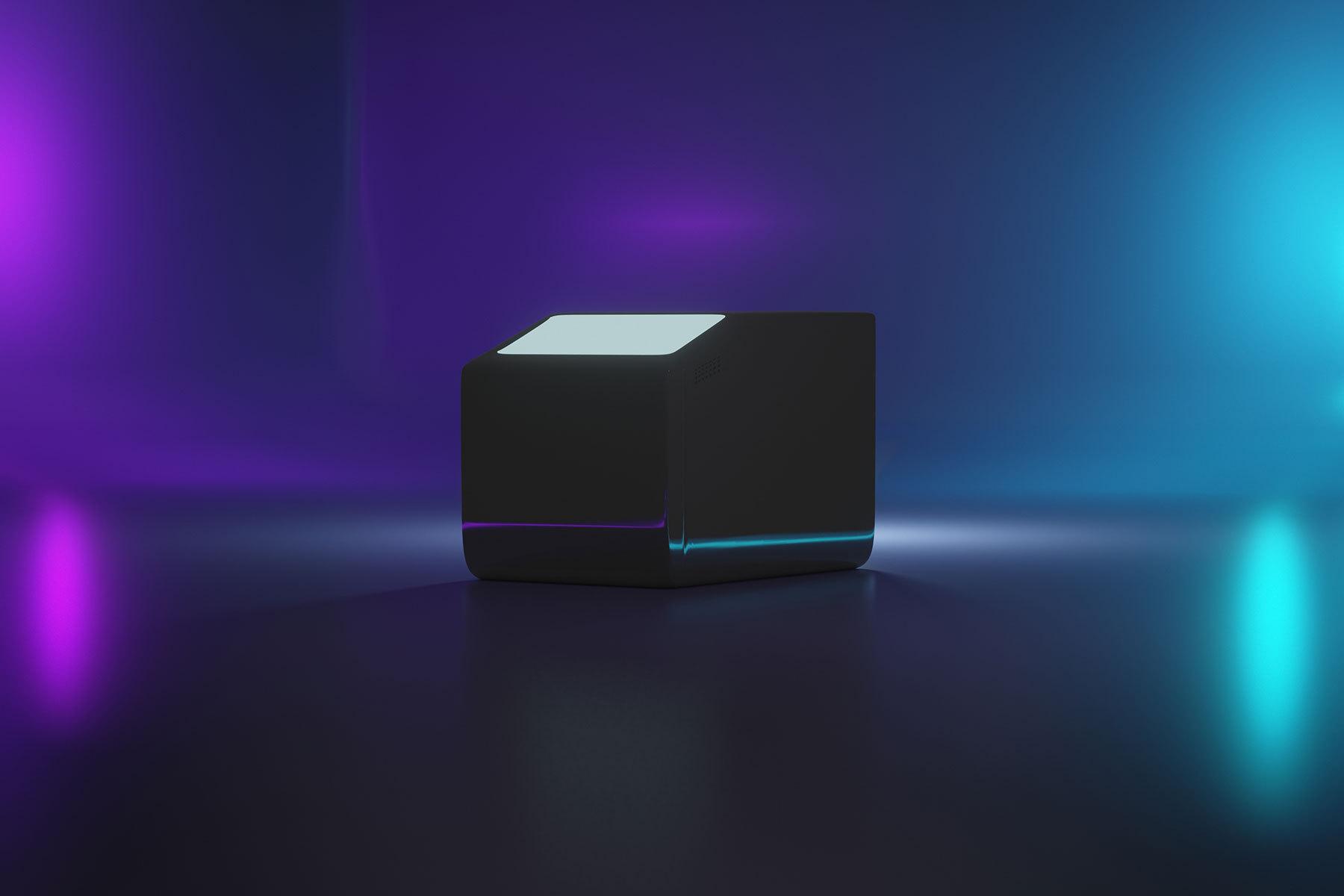 An illustration of the Theranos sampling unit. © joshimerbin / Shutterstock

On any given day, US media will offer an abundance of reports on the sometimes strange workings of its justice system. This first week of January has proved to be rich in examples, with the high-profile cases of Ghislaine Maxwell and Elizabeth Holmes complemented by a host of stories about smaller cases over the antics of local judges or the ambiguity of legislation in particular states.

The ultimate effect of these stories may appear to justify the remark made by Mr. Bumble, in Charles Dickens’ “Oliver Twist,” who cited the proverbial phrase, “the law is an ass.” Dickens painted Bumble as an appalling hypocrite and the hapless husband of a tyrannical wife. When told that “the law supposes that your wife acts under your direction,” Bumble correctly identifies the gap between the principles expressed in the law and reality. Reacting to the supposed “suppositions” of the law, Bumble wishes “that his eye may be opened by experience — by experience.”

In this comic passage, Dickens identified one of the central problems of any system of law, the friction created when suppositions concerning human behavior meet the facts of actual human experience. In most people’s minds, the notion of equality before the law requires that the letter of the law be applied uniformly to everyone, regardless of circumstance. But justice requires two things not contained in the law. Application of the law should take into account variable circumstances. But it should also mobilize the human ability to treat language — the wording of the law — as the not quite reliable artifact all language tends to be. The latter seems to represent a formidable challenge.

A New York Times article with the title, “Language Mistake in Georgia Death Penalty Law Creates a Daunting Hurdle” exposes how the careless wording of a Georgia law has inverted its intended logic. At one point it quotes a pearl of wisdom from 2013 uttered by future Supreme Court Justice Brett Kavanaugh. “It is essential,” Kavanaugh opined, “that we follow both the words and the music of Supreme Court opinions.”

Most people agree that music is a sublime art form practiced in all human cultures that derives from our ability to modulate the pitch, rhythm and sympathetic resonance of sounds produced by both the human voice and the skillful manipulation of a wide variety of physical objects.

Perhaps Kavanaugh imagines the US criminal justice system as something akin to the pre-Copernican universe in which the sun was believed to revolve around the Earth and where, at the summit of the heavens, one could hear the celestial music of the spheres. That is a far cry from the more accurate description of the law’s workings by Mr. Bumble, who wished the law might descend from its principled heights and open its eyes to deal with human experience.

The verdict in the trial of Theranos founder Elizabeth Holmes confirmed the spectacular fall of a one-time darling of the techno-financial-political establishment and youthful billionaire. It also illustrates that while Kavanaugh’s imaginary legal music didn’t play much of a role in determining the verdict, a certain form of cultural mythology figured prominently.

Under the headline, “EXCLUSIVE: Juror speaks out after convicting Elizabeth Holmes,” ABC News reports on how the jury’s deliberation reached a verdict that ended up blaming Holmes for bilking the millionaires and billionaires who invested in her company but found her innocent of conning a gullible public into purchasing a fraudulent product.

One of the jurors, Wayne Kaatz, described by ABC News as “a daytime Emmy-award-winning TV writer,” observed a phenomenon that any author of fiction and media professional would be expected to notice. “It’s tough,” Kaatz explained, “to convict somebody, especially somebody so likable, with such a positive dream.” He insisted that the jury “respected Elizabeth’s belief in her technology, in her dream.” He added that in their mind, Holmes “still believes in it, and we still believe she believes in it.” In US culture, believing in a “positive dream” is in itself an act of moral virtue. Believing in those whom you believe is nearly as good.

The idea of the American dream was first promoted by the businessman and historian James Truslow Adams. In his best-selling 1931 book “Epic of America,” he described it as the “dream of a land in which life should be better and richer and fuller for everyone, with opportunity for each according to ability or achievement.” Later commentators, according to music historian Nicholas Tawa, “would claim that the American Dream was mostly the quest for financial betterment and the accumulation of bigger and better material goods.” Truslow launched the phrase describing his “positive dream” just about the time Edward Bernays, the godfather of public relations, was consolidating the ideology that would underpin the growth of the consumer society in subsequent decades.

Martin Luther King cleverly exploited the idea of the American dream in his famous “I have a dream” speech. Instead of putting it in a consumerist framework, Reverend King framed the black American’s dream in terms of future justice. The justice-inspired dream has consistently challenged Truslow’s consumerist version aggressively promoted by Bernays and the powerful agencies of Madison Avenue.

In other words, even within the US justice system, it isn’t King’s dream of justice but Truslow’s consumerist model that dominates, unconsciously orientating the average American’s perception of the world. The vaunted personal belief in one’s money-making dream (and scheme) typically contains some wildly positive outcome for the world.

In the case of Elizabeth Holmes, what the jury called a “positive dream” was the promise of an instantaneous deciphering of every citizen’s state of health thanks to a drop of blood produced with a pinprick. For the incomparably successful Elon Musk, it’s the return of the planet to ecological health thanks to expensive electric cars. Or, alternatively, the colonization of Mars when the emerging truth about the failure of electric cars to save the Earth offers humanity no other choice than to escape to another planet.

These generously optimistic beliefs held by brave entrepreneurs (funded by equally brave billionaires) may be seen to justify lying and other forms of skulduggery. After all, if you have a great idea and don’t accept to play hardball by aggressively promoting the dream you are intent on turning into reality, you will fail and return to the dustheap from which you came: the cohort of anonymous losers. The jury admired Holmes for trying, even though the effort required some serious lying to a gullible public.

In contrast, the jury had no trouble finding Holmes guilty of the much more serious crime of pulling the wool over the eyes of America’s nobility, the wealthy elite who agreed to back her dream with their cash. In a guest article for The New York Times, Vanity Fair’s Bethany McLean admits to hoping that justice would be served with the opposite verdict. She wanted Holmes “convicted on the charges of lying to patients but found not guilty of the charges that she defrauded investors.” McLean believes that they “should have done the homework that others who refused to give Theranos money did.”

The A-list investors and political celebrities who backed Holmes’ dream had the means to do due diligence but, charmed by the music of the dream, didn’t bother. Worse, the confidence projected by such prestigious investors — including former Education Secretary Betsy DeVos, Henry Kissinger, Oracle’s Larry Ellison, James Mattis (Donald Trump’s future defense secretary), Rupert Murdoch and the Walton family — gave added credibility to the lies Theranos’ patients were subjected to.

Holmes is now awaiting sentencing. She will probably serve significant time in prison, though that may be attenuated and her time in prison reduced thanks to the kind of prevailing sympathy that exists for those who believe in their dream (especially young white females). That sympathy may have been a factor in the lenient sentence given to sex-trafficker Jeffrey Epstein in 2008, though no jury was involved. Perhaps that’s just one feature of the music of the law that Justice Kavanaugh believes to be real, always ready to produce its seductive strains, at least in those moments when it isn’t braying like an ass.