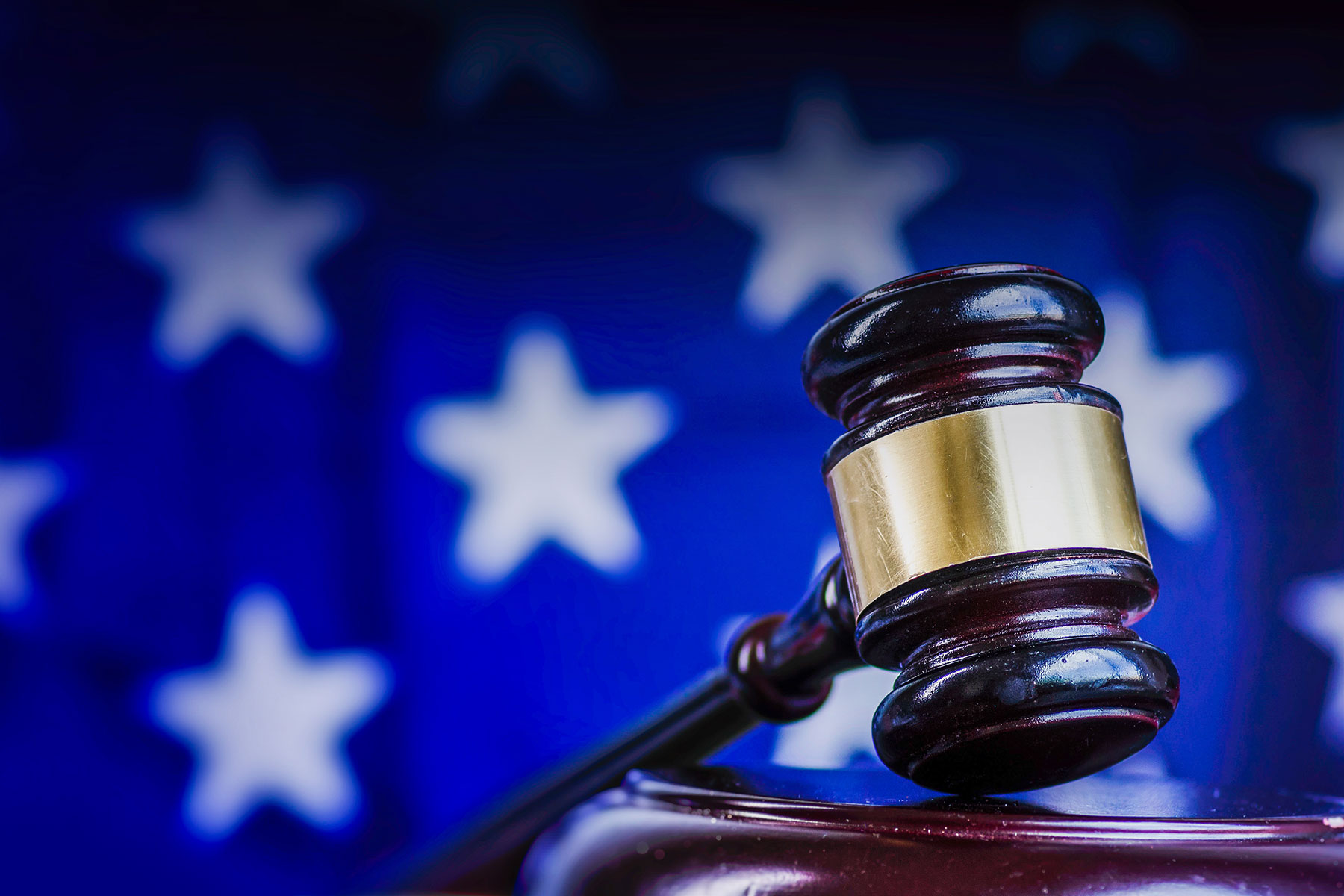 The criminal justice system in the United States may not be the best imaginable model for producing effective crime control. Given the numbers of people incarcerated, neither does it appear to be an effective tool of dissuasion. Its rate of 629 people incarcerated per 100,000 is five times as high as France (119) and seven times higher than Italy (89), the home of Cosa Nostra, ‘Ndrangheta and the Camorra. Only El Salvador begins to approach the US figure (572), an ungovernable, poverty-stricken nation in which criminality has become a way of life for its youth, largely deprived of any other perspectives.

On the other hand, it has consistently demonstrated its creativity. American legislators at both the state and federal level have always found imaginative ways of improving the performance of a legal system designed to protect and sometimes even reward anyone who can afford an expensive lawyer (or team of lawyers) and crush anyone who cannot, especially if their ethnicity places them in a group reputed to be inclined to criminal activity.

Yahoo’s Demonstration of How to Lie With Statistics

California’s creative legislators were the first to initiate the brilliant idea, subsequently followed by more than 20 other states, of “three strikes and you’re out.” The national sport, baseball, provided them with the perfect model for setting the rules of civil behavior. The law was apparently “crafted to be largely symbolic.” It quickly achieved its purpose of consolidating in the public’s mind the idea of an identifiable, always-to-be-feared criminal class.

Legislators and jurists invested much of their creative energy in finding acceptable ways to avoid sending people with lavish lifestyles to jail for a broad class of antisocial behavior, corporate crime, despite the fact that it frequently provokes major societal disasters. Senator Mitt Romney and the Supreme Court insisted that we think of corporations as people. But when they commit crimes, even with catastrophic consequences for millions of people’s lives, the courts not only cannot send a corporation to prison, they refrain from being too hard on the people at the top of those corporations who implemented the crimes since, after all, they were just doing their (well-paid) job and serving the economy. The same logic applies to members of the political establishment whose job responsibilities occasionally include committing war crimes across broad swaths of the world in the name of America’s sacrosanct “national security.”

Jeffrey Epstein clearly belonged to that same elite. Given the sums of money he controlled, he achieved something akin to a corporate identity. In 2008, he was convicted in a Florida court on an absurdly mild charge that had little to do with the crimes he was known to have committed. Thanks to arrangements that were made with federal prosecutors, he served a simulacrum of incarceration in which for 13 months he was free during the day but condemned to spend his nights in a public jail.

In 2019, the mounting evidence of his criminality made the decision to arrest him unavoidable. Possibly in consideration of his powerful friends and associates, Epstein had the good sense to commit suicide in his jail cell when nobody was looking. Could there have been some complicity in his noble self-sacrifice? As Bill Gates famously said, “he’s dead, so in general you always have to be careful,” meaning that once he could no longer talk, Epstein’s friends conveniently no longer needed to be so careful.

Epstein’s demise in jail — whether assisted or self-inflicted — was a new crime scene. The criminals, in this case, were identified as the two black prison guards who were charged with monitoring his cell. Instead, they slept or surfed the web on that fatal night. They falsified their report and, like everyone else in the institution, were totally unconcerned by the fact that the video surveillance system was not working. Being the kind of people they were (black working class), they were duly called to account for their crime.

Last week, the BBC reports, “US prosecutors have dismissed charges against two prison guards who falsified records the night Jeffrey Epstein killed himself on their watch.” The prosecutors “asked a judge to dismiss their case, saying the pair have complied with a plea deal.”

A procedure that allows judicial authorities to avoid the literal application of the law and to arrange things in whatever they deem the public interest to be, either in the interest of identifying the true, powerful, higher-level culprits hiding in the wings or in the interest of protecting them.

The case of these two prison guards undoubtedly deserves a bit more reflection than US media seem willing to offer. The briefest attempt at reflection might include the consideration that subjecting the guards to the full force of the law in a trial involve the risk that they might implicate other people, including their own superiors, to prove their innocence.

In the imagined case that the two guards were not just neglectful but had received specific instructions not to carry out their normal duties that night, faced with the prospect of prosecution, they would undoubtedly be inclined to reveal in a public courtroom that they were simply following orders. In the equally imagined case that they were offered a chance to live their lives in peace after some sort of agreed settlement, part of the settlement would obviously include the dismissal of any charges against them.

Instead of entertaining and investigating such hypotheses, the prosecutors issued this statement: “After a thorough investigation and based on the facts of this case and the personal circumstances of the defendants, the Government has determined that the interests of justice will best be served by deferring prosecution.” How, we might ask them, do they define “the interests of justice,” and justice for whom?

Senator Ben Sasse, a Republican member of the Senate Judiciary Committee, found the procedure suspicious. He called the plea deal “unacceptable” and demanded “a report detailing the prison agency’s failures.” The BBC article subtly expresses its own doubts in the following remark: “It is unclear why the document was not filed until 30 December.” Let the reader wonder about that.

“As part of a plea deal,” the BBC reports, “the pair agreed to complete 100 hours of community service and co-operate with an investigation by the justice department’s inspector general.” What about the other parts of the deal? And what does cooperating entail? Could it involve agreeing to a law of silence? The reader is still wondering.

A classic plea deal seeks to implicate people higher up on the criminal ladder. But nothing prevents it from doing just the opposite.

Ironically, just this week, Glenn Greenwald exposed a different, equally suspect story of a possible plea deal, this one concerning WikiLeaks founder Julian Assange. Denouncing the control intelligence agencies have achieved over corporate news media, exemplified by the permanent presence of former high-level officials of the CIA and FBI as salaried staff of the networks, Greenwald cites former FBI Assistant Director and MSNBC employee Frank Figliuzzi. He argues that if extradited from the UK, “Assange may be able to help the U.S. government in exchange for more lenient charges or a plea deal. Prosecutions can make for strange bedfellows. A trade that offers a deal to a thief who steals data, in return for him flipping on someone who tried to steal democracy sounds like a deal worth doing.”

This would be a plea deal with purely political ends and no relation to any form or idea of justice. Instead, it relies on the radical injustice of obsessively prosecuting whistleblowers. The enmity between the intelligence agencies and Donald Trump is such that any prospect of legally embarrassing the former president appears worthwhile in the eyes of many people at MSNBC and in the establishment of the Democratic Party.

Then there’s the case of Ghislaine Maxwell, convicted last week of sex trafficking as Jeffrey Epstein’s partner and accomplice. Many in the media are speculating about the possibility of a reduced sentence if she is willing to name names. The prosecution ” confirmed no plea bargain offers were made or received,” according to Ghislaine’s brother, Ian Maxwell, who expects “that position to be maintained.

Plea deals clearly offer scope for impressive feats of creativity by those in the judicial system who know how to use them.