Two months after the departure of Donald Trump, the world is seeking to understand the contours of the new administration’s still hesitating foreign policy. US President Joe Biden made a bold step forward this week when he vowed to pursue the fantasy of Russiagate, the Democratic equivalent of QAnon. He may fear that without the Russian bugbear, MSNBC, the news channel that contributed so effectively to his election, will see its audience plummet even further than in the weeks since the inauguration. Russiagate alone kept MSNBC’s audience hooked through four years of Donald Trump.

CNBC delves into the private thoughts of a president who now apparently feels empowered to judge the moral status of other leaders: “President Joe Biden says he believes Russian leader Vladimir Putin is a killer with no soul.” Biden intends to make the Russian president “pay a price” for interfering in the 2020 US election.

Biden’s remarks followed a report issued by US intelligence that included the following observation: “A key element of Moscow’s strategy this election cycle was its use of people linked to Russian intelligence to launder influence narratives including — misleading or unsubstantiated allegations against President Biden — through US media organizations, US officials, and prominent US individuals, some of whom were close to former President Trump and his administration.”

One may forgive the incoherence of the author’s punctuation, but no reasonable reader can fail to deplore the confusion of the charges, highlighted by the use of phrases such as “people linked to” and “some of whom.” And then there is the semantic enormity of the phrase, “launder influence narratives.”

Anything any politician or diplomat of any nation happens to utter in speech or writing. The basis of all political discourse.

In his book, “The Ultimate Goal,” former Indian spy chief Vikram Sood explores the way governments and their intelligence arms build and promote their self-interested narratives. Like a modern Machiavelli, Sood offers today’s princes the basic recipe: “Manage narratives to manage your destiny … tell your story first, any other story thereafter will only be a reaction.” That sums up the business of the CIA. The fact that US intelligence operatives want people to feel shocked that Russia might be using “influence narratives” reveals more about the CIA and its belief in the naivety of the US public than it does about Russia. The report itself is a perfect example of an “influence narrative.”

Covering the same topic for The Washington Post, Ellen Nakashima confusingly repeats the CIA’s metaphor of laundering when she cites the report’s claim that Russians used “Ukrainians linked to Russian intelligence to ‘launder’ unsubstantiated allegations against Biden through U.S. media, lawmakers and prominent individuals.” “Launder,” in this context, is clearly a metaphor in spy language borrowed from the idea of “money laundering,” the act of pushing dirty money through indirect channels to return to the economy with a clean appearance.

It may seem odd to apply a metaphor borrowed from the banking world and apply it to the hyperreal field of political narrative. But given the intelligence community’s well-documented predilection for dirty information — otherwise known as lies — it should hardly surprise us that the masters of plots and subplots see the public narrative as something that needs to be laundered. Sood, after all, tells us that the political language in any official narrative “is designed to make lies sound truthful and to give an appearance of solidity to the pure wind.”

Since the idea of “laundered narrative” belongs specifically to spy vocabulary, it may seem disconcerting that Washington Post journalists have uncritically adopted the term and feel no need to explain what it means. Could it be that they are corrupted by their incestuous relations with the spymasters in Langley, Virginia, who feed them much of their most valuable content and which they reprint uncritically? In contrast with The Post, Al Jazeera took the liberty of substituting a different verb, writing: “Moscow sought to ‘push influence narratives’ that included misleading or unsubstantiated claims.”

“Launder” has become part of The Post’s standard vocabulary. In September 2020, during the presidential election campaign, Post columnist Josh Rogin had used the term concerning the same claims about Moscow’s interference. According to Rogin, Democratic leaders demanded “a briefing based on concerns that members of Congress were being used to launder information as part of a foreign interference operation.”

This pushes the accusation a little further by supposing that the members of Congress referred to were actively involved in making the dirty information look clean. But that’s exactly how the fabricated Russiagate narrative is designed to play out: Putin’s accomplices and useful idiots can be found under every table. Just like in the good ol’ days of Joe McCarthy. After all, if the narrative tells us there’s a threat, we really do need to feel threatened. That’s the CIA and the media doing their job. Who doesn’t remember all the al-Qaeda sleeper cells that populated every American city following 9/11?

The website Strategic Culture offers a succinct explanation of the CIA’s Operation Mockingbird that permitted it to infiltrate domestic media in the US. The journalist, Wayne Madsen, writes: “A major focus of the U.S. Central Intelligence Agency from its very inception was the penetration of the news media, including the assignment of CIA agents to the newsrooms and editorial offices of America’s largest media operations, including The Washington Post, The New York Times, Hearst Newspaper, NBC News, ABC News, CBS News, and other major newspapers and broadcast networks.” That has been ever since one of the harder components of US soft power.

This week, Matt Taibbi interviewed the famous whistleblower Daniel Ellsberg, who, in 1971, leaked the Pentagon Papers to The New York Times, exposing the embarrassing truth about the war in Vietnam that had been carefully hidden from the media. Taibbi recounts how “Ellsberg described a vicious cycle, in which leaders lie pervasively, then learn to have so much contempt for the public that swallows those lies, that they feel justified in lying more.”

In its own dissemination of the content of the intel report released this week, The New York Times admits that the “report did not explain how the intelligence community had reached its conclusions about Russian operations during the 2020 election.” The report itself explains: “The Intelligence Community rarely can publicly reveal the full extent of its knowledge or the specific information on which it bases its analytic conclusions, as doing so could endanger sensitive sources and methods.” In other words, don’t ask for evidence, you won’t get it. Glenn Greenwald reminds his readers that when, last October, the story broke concerning Hunter Biden’s laptop that intel attributed to Moscow’s meddling, the FBI had already “acknowledged that it had not found any Russian disinformation on the laptop.”

When the same discredited story reappeared months later with no significant changes and still with zero evidence, instead of casting doubt on the entire story, the obedient media interpreted it as confirmation of the original narrative. What better illustration of Vikram Sood’s principle, “tell your story first, any other story thereafter will only be a reaction”?

Perhaps the most neglected dimension of this debate concerns the official role of intelligence. A month after John F. Kennedy’s assassination in 1963, former President Harry Truman complained in an op-ed for The Washington Post that the CIA — an agency he had created — had betrayed its straightforward mission of gathering information to clarify the president in his decision-making. Truman insisted that “the most important thing was to guard against the chance of intelligence being used to influence or to lead the President into unwise decisions.” When Operation Mockingbird under the direction of Cord Meyer was launched during Dwight Eisenhower’s presidency, the CIA had not only begun focusing on influencing the president, it realized that the best way of influencing executive decisions was to control the narrative that the media would share with the public.

The result is visible today, though no public figure will admit it. Democracy itself is engulfed within an elaborate system coordinated between the intelligence community, vested interests and the commercial media that generates and disseminates an endless stream of influence narratives. 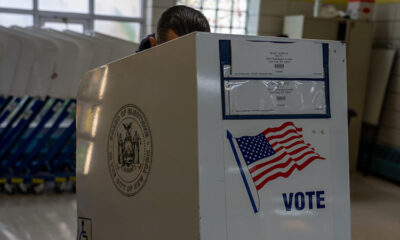 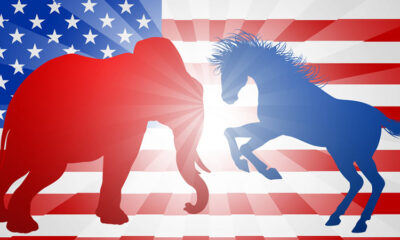