US President Joe Biden used the occasion of his trip to Europe for the G7 summit to attend his first NATO meeting. His influence on the meeting appeared unambiguously when a communiqué by the NATO alliance designated China’s influence on the world stage as a military challenge.

NATO was born in the aftermath of the Second World War as the West’s response to the ambitions of the Soviet Union, which controlled large portions of Eastern Europe and represented an ideology considered inimical to Western political and economic culture. This gave rise to the Cold War, framed as the rivalry between two systems of social and economic organization: capitalism (supported by democracy) and communism (the dictatorship of the proletariat).

Because humanity had entered the nuclear age, the Cold War cultivated a permanent and universal feeling of potential terror, unlike tensions and wars of the historical past. Its name, “Cold War,” has been attributed to George Orwell, who didn’t live long enough to see how it would develop. The author of “1984” imagined “two or three monstrous super-states, each possessed of a weapon by which millions of people can be wiped out in a few seconds.” In the end, there were only two major players. The laws of hyperreality, just like the laws of conventional information technology, require reducing the governing logic to a binary opposition. The age of quantum logic, which humanity is only just now discovering, had not yet begun.

The Cold War was cold in relative terms, simply because the heat that a real nuclear war might produce would have dwarfed anything humanity had ever experienced. As soon as a nuclear war started it would be over, as no one would be left standing. This too reflected the binary logic of the time. There were exactly two choices: hot war or cold war. There could be no warm war between the two proud rivals. A cold war was clearly preferable in the eyes of anyone who wielded power. The leaders in the US understood how to profit from that preference. It justified the creation and rapid growth of a powerful military-industrial complex at the core of the American empire.

The Cold War marked a moment of history in which military technology was undergoing its most radical paradigm change, thanks to the invention of nuclear weapons in the US and their capacity for devastation demonstrated by their operational deployment in Japan that put an exclamation point on the end of the World War. The entire world became gripped in a state of permanent fear, attenuated only by the sense that because no leader would likely be suicidal enough to engage in open conflict, the actors of the economy were free to realize their boldest ambitions.

In the West, the Cold War produced an odd cultural effect of “carpe diem,” the feeling that it was necessary to “seize the day” and have fun, because there may be no tomorrow. This feeling drove both the rapid growth of the consumer society and the cultural liberation movements we associate with beatniks and hippies. It also proved fatal for the Soviet Union’s false utopia of worker solidarity that depended on accepting austerity for the good of the collectivity.

NATO should have become obsolete after the fall of the Soviet Union in 1989. But the camp built around the clout of the US military-industrial complex could not simply be dismantled and put to pasture. Two presidents, George H.W. Bush and Bill Clinton, had little choice but to maintain NATO because the entire US economy now revolved around the logic of the military-industrial complex.

That militarized economy had become the key to installing a global, neocolonial system capable of replacing Europe’s colonial system that was in the decades following World War II. Because it was industrial as well as military, it spawned the technologies that began to dominate the global economy. These new technologies conveniently straddled the pragmatic (civil applications) and the political (military applications), providing a new motor for the late 20th economy that we all live under today.

Though NATO had lost its initial geopolitical justification, it continued to operate as a pillar of the new military-economic system. It influenced the evolution of the formerly isolated regime of communist China, destined to become a major actor in the global economy. There was only one model for any large nation that wished to participate effectively in the global economy. It had to encourage capitalism and have its own military-industrial logic. China has succeeded, thanks to the global consumer market spearheaded by the US. For various reasons, India, which might have moved in that direction, failed.

NATO now finds itself in an odd position. Contested by the mercurial Donald Trump, its members greeted with a sigh of relief the electoral victory of a conventional Cold War establishment politician, Joe Biden. For the past five years, Biden’s Democratic Party has sought to revive the ambience and ethos of the Cold War, focusing on Russia. But Russia simply isn’t a serious rival of the US. Both major US parties have designated China as the bugbear to focus on. But China falls way outside NATO’s “North Atlantic” purview.

Nevertheless, Biden appears to have persuaded NATO to include China in its official discourse. The communiqué from this week’s meeting makes the case: “China’s stated ambitions and assertive behaviour present systemic challenges to the rules-based international order and to areas relevant to Alliance security.”

The unresolved pandemic that has been raging for nearly a year and a half and the growing crisis of climate change have created a situation in which the system now being challenged has been found seriously wanting. Defending the status quo has become an ungratifying task. All lucid observers agree that the political and economic system inherited from the 20th century needs either to evolve radically or be replaced by something new.

It is equally clear that Beijing has no alternative system to propose. This is partly because China’s success is due largely to its adaptation to and integration within the system being challenged, but equally because the Chinese system of autocratic communism is a failed model itself and the Chinese themselves know it.

NATO worries about China’s “stated ambitions and assertive behaviour.” But in reality, its ambitions appear modest and the behavior, while certainly assertive, cannot compare with the historically aggressive behavior of the US, so clearly demonstrated in Korea, Vietnam and the Middle East.

As for the “systemic challenges to the rules-based international order,” the rules that existed at the time of the creation of the United Nations and the establishment of the Bretton Woods system have long been challenged by the Western powers, to the point of being distorted beyond recognition.

Even the reference to “areas relevant to Alliance security” needs to be put in historical perspective. NATO is nominally focused on one area in the world: the North Atlantic. But for the past two decades, it has ventured further and further, not only into Eastern Europe, but also Afghanistan, presumably turning Central Asia into an area of “Alliance security.” With the political turmoil that emerged in 2016 in both the US (Donald Trump) and Europe (Brexit), there should be enough to feel insecure about within NATO’s traditional sector of the North Atlantic. Reaching out to China’s area of influence would be a real stretch.

It’s true that China’s Belt and Road Initiative (BRI) seeks to extend its influence across both Asia and Europe. This could be interpreted as potentially encroaching on the North Atlantic military fiefdom. But the BRI’s character is economic and clearly not military. It is soft power rather than hard power.

Most lucid observers in the West, conscious of the current system’s growing incapacity to deal with any global problem — whether it’s a pandemic, war, migration, domestic tranquility or climate change — find themselves looking for something that could be called a “systemic challenge” to the current unproductive and often unjust system of doing things. At the end of the day, the systemic challenge at home will likely have more impact than China’s. 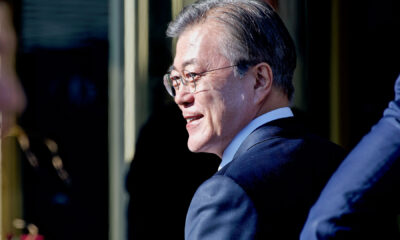