Thanks to a pandemic, the first full season of professional basketball in the US opened in arenas empty of spectators. For the players and staff present, the ritual of playing the national anthem before every game began to appear even more artificial and hyperreal than usual. Mark Cuban, the owner of the Dallas Mavericks, saw this as an opportunity to remove the anthem from the program, as a gesture of tolerance and solidarity. Cuban commented: “The hope is that those who feel passionate about the anthem being played will be just as passionate in listening to those who do not feel it represents them.”

To a large extent, the players were relieved because the anthem had become an unwanted moment of personal decision-making. Choosing to stand or kneel during the playing of the anthem could have an eventual impact on their career, social life and their standing in the community. Cuban, therefore, began the first 13 games in his arena without a public and without the national anthem. But this week, the league office became aware of the ritual’s absence: “The NBA commented on that decision Tuesday, saying it expects all teams to follow league policy and continue playing the national anthem before games.”

1. A song adopted by a nation-state as a badge of identity to be used essentially at international sporting events as a reminder of nationality of the athlete or team currently playing

2. In the United States, “The Star-Spangled Banner,” an 18th-century drinking song that, for the sake of every sporting event, was transformed into a support for the secular credo of the United States, with the effect of turning the material symbol of the nation, the flay, into the object of a fetish

The sports commentator Vincent Goodwill called Cuban’s decision a “subtle but effective act.” He also complained that the league’s commissioner, Adam Silver, was “squandering a golden opportunity to subtly change a single issue that has caused more consternation than joy, wasting a chance to be this change agent he so boldly wants to be known as.” Cuban defended himself by explaining that he has always “respected the passion people have for the anthem and our country. But we also loudly hear the voices of those who feel that the anthem does not represent them. We feel that their voices need to be respected and heard, because they have not been.” Cuban is known to be very close to his players.

This clash could only have occurred in the exceptional circumstances of a pandemic that last year shut down the season for every professional sport. In the summer, the NBA found a way of starting up again without a live audience. An already exceptional situation became more exceptional with the killing of George Floyd and the massive national protests that followed.

In the US, basketball is dominated by black players to the point of being identified as the iconic sport of the black community. It is linked to the style, movement and attitude of black American culture and plays a significant role in defining it. Most Americans admit that, like jazz or R&B, culturally speaking, blacks own and manage the art. But just as in the musical tradition, blacks have never owned the business those arts generated.

That gap between ownership of the culture by one race and ownership of the multibillion-dollar business by another race generated a growing tension that has been bubbling below the surface for decades. It finally erupted during the George Floyd protests. The NBA commissioner, Adam Silver, managed to contain the energy of the eruption last year by visibly promoting the slogan “Black Lives Matter” and encouraging, rather than merely tolerating, political expression by the players. But Silver was simply following the pattern of most white corporations. They all feared the consequences of a racial revolt and geared their PR to supporting the Black Lives Matter movement. Nevertheless, by allowing the right amount of leeway for expression by the players, Silver maintained his image of an enlightened ruler of the league.

It is in this atmosphere of seething conflict that Mark Cuban, a white team owner, dared to push further in a potentially sacrilegious direction that almost all the players in the league, black or white, approve and appreciate. But in Trump’s America — where a significant minority of armed whites worry that they are being replaced by darker-skinned people — a businessman like Silver feels he has to protect himself on that side as well.

Maintaining the legitimacy of the NBA, therefore, requires promoting black culture but also reaffirming the preeminence of patriotic values, which also means banishing the perception that they may be modified and eventually overturned. White supremacists desperately want to keep imposing the symbols of power — the national anthem, the pledge of allegiance, statues of white heroes, significant gestures (standing and placing one’s hand on one’s heart), repeated slogans (“with liberty and justice for all”) — whose visible presence signifies obedience to the traditional white order.

Some attribute the radical transformation American society is now undergoing to Donald Trump, whose presidency certainly aggravated a number of existing trends. But Trump himself was merely an accelerator, allowing some of the powerful forces that have been accumulating pressure and force beneath the surface to emerge and discover their chaotic and abrasive voices.

Some of those voices are more chaotic than others. In the aftermath of the January 6 storming of the Capitol in Washington, DC, many commentators on the right dismissed the shocked criticism of the Trump-inspired crowd by insisting on an equivalence between last summer’s Black Lives Matter protests and the “Stop the Steal” insurrection. But the protests of 2020 focused on a real, visible and persistent problem. They mobilized a broad cross-section of society, eliciting even the approval of the corporate world. The January mob based its protest on an imaginary pretext and the chaotic energy at its core that impelled it to attack a supreme symbol of authority in the US was only visible on the fringes of the George Floyd demonstrations.

The dispute over symbols that has led to the NBA laying down the law about playing the national anthem at all NBA games, with or without a live audience, will probably soon disappear from the headlines. It is in the material interest of all parties — players, owners and the media — to keep the business of the sport going.

But this clash crystalizes a historical conflict that will undoubtedly continue to develop in this age of cultural entropy. Vincent Goodwill appropriately points out that the NBA and American society might avoid future conflict and tension by “doing the right thing and acting in the best interests of its players who clearly feel the words of the anthem don’t apply to them.” But he remains pessimistic, speculating that “this country will never live up to the ideals it purports itself to be with its relation to Black people.”

The football player Shannon Sharpe, who appears in the video featured above Goodwill’s article, convincingly affirms: “We’ve got to stop with this notion that gestures and symbols is a form of patriotism.” But US culture today suffers from a major problem with its symbols — a problem that is aggravating every existing conflict. Members of the thought police on the right (fanatical Republicans) insist on strict conformity concerning gestures and symbols. They accuse those who question the symbols of undermining the integrity of the nation. Members of the “woke” left (fanatical Democrats) insist on the conformity of language, shaming people for random words they pronounce, which they interpret as courtroom evidence of criminal intolerance and failure to attain their own high level of virtue.

The drama plays out in the form of a crisis of authority, a conflict between two “moral systems,” neither with any true moral content. Both have taken on the style of the Spanish Inquisition. Quoted by The New York Times, Mark Cuban deserves the last ironic word: “The National Anthem Police in this country are out of control. If you want to complain, complain to your boss and ask why they don’t play the National Anthem every day before you start work.” 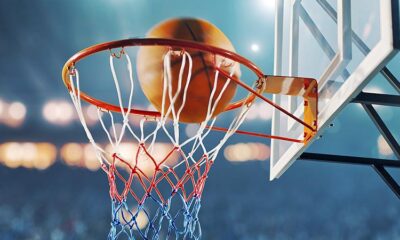 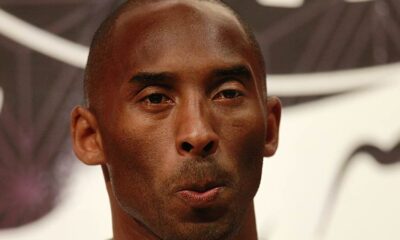