The Daily Devil’s Dictionary has been a feature of Fair Observer for more than three years. Consistent with Fair Observer’s policy of crowd-sourced journalism, we have in the past expressed the hope that some new contributors, inspired by our example, may be incited to propose an article that follows the same format. We maintain an open invitation to anyone motivated by the potential ambiguity of language presented in the media.

Every entry in the Daily Devil’s Dictionary aims to provide enough circumstantial, cultural and historical context to deepen our perception of the meaning behind the words and phrases glossed. Typically, we cite well-known public figures but also journalists and various media personalities.

Texas: The End of Authentic America?

Today’s possibly involuntary contributor, US Secretary of State Mike Pompeo, has made several appearances in these columns (for example, here, here, here and here.) Today, however, it is the first time Pompeo is the one who offers an original definition of a word he himself appears to enjoy using. He offered this astonishing definition in a tweet with the hashtag #swagger.

To represent America with pride, humility, and professionalism. We’ve done it.

Alas, Mike Pompeo may have missed the point made by Ambrose Bierce or even of his predecessor, Dr. Samuel Johnson, the author of the very serious dictionary of the English language. Johnson sought to account for the full breadth of the English language in a fundamentally scientific approach to his sources. He nevertheless understood that some definitions and redefinitions require a touch of irony to reveal the true secrets of their significance. For example, Dr. Johnson gave the definition of “luncheon” — a relatively new concept at the very moment of history that saw the culinary innovation of the Earl of Sandwich — as “as much food as one’s hand can hold.”

More closely related to Pompeo’s profession, Johnson defined the word “politician” as initially “one versed in the arts of government.” He nevertheless felt impelled to add a second meaning: “a man of artifice; one of deep contrivance.” As the former director of the CIA, Pompeo knew something about the art of contrivance. In 2019, he explained the kind of radical contrivance he was skilled at when he confessed, to resounding applause, that, as CIA director, he “cheated, lied and stole.”

The problem, in contrast to Johnson and Bierce, is that Pompeo seems immune to irony. His definition of “swagger” reveals what appears to be a total absence of irony in his thought processes. He even fails to acknowledge the implicit irony that becomes evident as soon as an official definition of swagger is evoked, like the one offered by Merriam Webster’s of the verb form: “to conduct oneself in an arrogant or superciliously pompous manner, especially: to walk with an air of overbearing self-confidence.”

Pompeo equates the dictionary’s “superciliously pompous manner” and “overbearing self-confidence” with “humility and professionalism.” This kind of inversion of meaning provides the key to understanding what many powerful politicians believe about their own actions: that their obsequious service to power is a manifestation of personal humility. They fail to notice that what they are doing is executing policies designed to express an attitude of supercilious arrogance.

But it gets worse. Merriam Webster offers a second definition of the verb “swagger.” It proposes three synonyms, “boast,” “brag” and “bully,” accompanied by the following definition: “to force by argument or threat.” In this definition, the reader will recognize Pompeo’s penchant for imposing sanctions and threatening military force against any nation that doesn’t sycophantically fall into line with US policy.

Pompeo adds to his curiously antinomic definition a note of self-congratulation, something no author of a dictionary would ever do: “We’ve done it.” By calling attention to his own accomplishments, he inadvertently justifies the original meaning of the word as he expresses his “overbearing self-confidence,” to say nothing of his Trumpian vanity and narcissism.

Many see Secretary Pompeo as a future Republican presidential candidate. There are indications that he currently processes what he sees as the historical lesson delivered by his guru, Donald Trump, following his surprising electoral success in 2016. Total self-confidence, bluster, lies and narcissism can deliver victory. Even when losing to Joe Biden in November, Trump attracted some 74 million votes.

If Pompeo can avoid the irritating tics that motivated television’s late-night comedians to create a wave of intense personal hatred for Trump that in turn motivated their audiences to vote not so much for Joe Biden as against the incumbent, Pompeo may feel he has a reasonable hope of emerging as the kind of more palatable swaggering strongman that a lot of American voters appear to appreciate. He could assume that he will attract not only the 74 million who voted for Trump but many others across the spectrum who are increasingly fed up with the kind of traditional DC elites Joe Biden and Kamala Harris exemplify. The Democrats need to be careful to avoid a repeat of 2016. But, if history is any guide, they won’t be.

Pompeo has another advantage. Unlike the president, he is an authentic evangelical, a true God-fearer and churchgoer, unlike the obviously immoral Trump. Pompeo believes in his own divinely appointed destiny. Moreover, he appears to be interested, in a way Trump never was, in language itself, the key to winning elections and exercising power. His recent activity as a lexicographical revisionist may indicate that he is preparing to create his own updated version of George Orwell’s Newspeak. “Swagger” is simply the first item in his new dictionary.

After the four-year Trump fiasco Republicans are left wondering how to recast themselves. One big challenge will be to find a way to deal with Trump. Some of them might be tempted to rally around Pompeo just to keep Trump at bay. After four predictably calamitous years of a Biden-Harris administration, Pompeo may see himself as bursting onto the scene to save America with the promise of turning the US into the “Nation of Swagger.” He has already semi-officially renamed his State Department the “Department of Swagger.”

Still, it’s too early to discount Biden, who has shown signs of wanting to do something similar. Almost all of his speeches conclude with this stale refrain: “This is the United States of America. And there has never been anything we haven’t been able to do when we’ve done it together.” This may not be swaggering per se, but it communicates the intent to swagger. Especially when he follows it up with sentiments such as, “now … we embark on the work that God and history have called upon us to do.” Biden simply lacks Trump’s and Pompeo’s brand of swagger to make his bullying sound credible.

The word “swagger” has been in the English language at least since Shakespeare, who used it in multiple contexts. Feste, the clown, closes the play “Twelfth Night” by lamenting the sorrows of his life In his song, “The Wind and the Rain.” It includes this stanza:

But when I came, alas! to wive,

With hey, ho, the wind and the rain,

By swaggering could I never thrive,

For the rain it raineth every day.

It isn’t clear whether Feste regrets having married the woman who became his wife or whether he simply expresses his disappointment at learning that married life forced him to rein in his swaggering. In both cases, he appears to accept, unlike Pompeo, that swaggering is a less than respectable form of behavior.

No one is positioned to tame Mike Pompeo’s swagger. His wife certainly hasn’t sought to play that role. She has even been accused of having her own taste for swaggering concerning lavish State Department parties she organized and personal travel. She eventually beat the rap, though it was established that she had clearly bent official rules. Pompeo understands that in the world of political hyperreality, swagger is a key to being elected to the most powerful office in the world and occupying the limelight. He now has three years ahead of him to hone his skills at swaggering before the next round of Republican primaries begins in 2023. 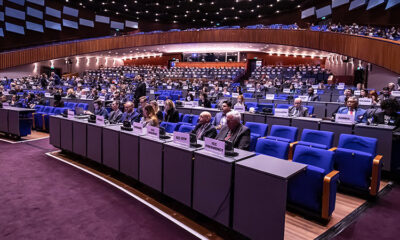 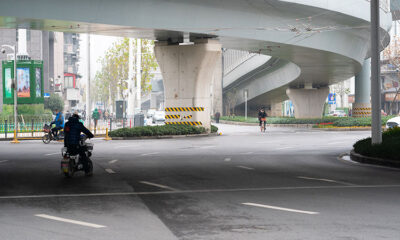 How Tough Is Biden Prepared to Look? 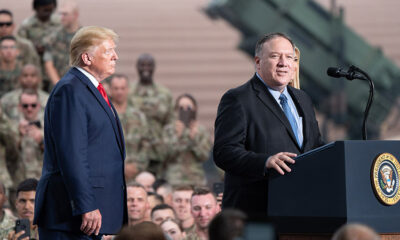