At Fox News, Tucker Carlson has found a new reason to sound the alarm in the war waged by liberals against the sacred traditional values of the United States. Having noticed the trend of Californian capitalists, including Elon Musk, who have begun transferring their allegiance from glitzy California to the land of gun-toting cowboys, Carlson fears the effect of a cultural takeover. The invasion by faithless, narcissistic West Coasters risks undermining and compromising the noble pioneering traditions that Texas has so faithfully preserved.

Although originally a native of California, Carlson understands the symbolic role Texas has always played in defining America’s rugged individualism and the spirit of frontier justice that defines America. Texas alone has remained pure. Now he fears that purity may be threatened by contamination far worse than any coronavirus.

In an interview with Greg Abbott, Carlson put on his most deeply concerned face with an appropriately knitted brow as he aggressively challenged the Texas governor to react to the threat. He appeared to accuse Abbott of underestimating the risk and failing to defend his state from the impious assault, surely the equivalent of Santa Anna’s soldiers attacking the Alamo.

When Bad Customers Love Your Brand

Abbott showed the fortitude worthy of Davy Crockett as he defended the integrity and the seductive power of his state’s culture. Responding boldly to Carlson’s attack, he explained that it’s precisely because the Californians understand the superiority of Texan culture that they are making the move. He framed it in quasi-religious terms, as if it were a form of born-again conversion: “They believe in God, they believe in guns and they are so excited about coming to the state of Texas and getting a gun they couldn’t have in California. It’s the people who want to re-engage with the faith, people who want to have guns, the people who believe in fossil fuel and they’re trying to get away from the hostile positions of California against all of those issues.”

Believe in (an object):

Consider a particular object to be worthy not just of consideration or admiration, but of reverential respect and even worship, by attributing to it a status similar to that of a divine object or even a savior.

Belief has always trumped knowledge in US culture. For example, rather than considering the reality of the use of lethal weapons in modern society, the media often cites the idea that someone believes in Second Amendment rights. Even NPR can introduce a feature on the NRA with this reflection: “So if you’re a gun owner that believes in second amendment rights, does the NRA represent your interests?” Articles about politicians or even law enforcement officials who militate for laws to control or outlaw military-grade weapons often contain the disclaimer that he or she believes in Second Amendment rights.

The laws of most nations exist to define as explicitly as possible licit and illicit behaviors. They avoid building expectations about what people should believe. But one aspect of American exceptionalism appears to be the elevation of the status of the Constitution to the equivalent of holy scripture, something that requires not just acceptance by citizens as a legal framework but an act of faith.

To some extent, the idea of believing in the articles of the Bill of Rights makes some sense. The first 10 amendments to the US Constitution assert abstract principles that are largely formulated negatively rather than as universally applicable affirmations of freedom. They express the limitations on what the federal government is empowered to do in relation to the governments of the states, seen as autonomous legal structures. As such, the Bill of Rights contains abstract terms like “right” and “freedom,” and the language is peppered with a series of “shall nots.”

These restrictions leave open the idea of how the states may choose to constrict those rights and freedoms within their borders. This ambiguity encourages people to “believe” rather than affirmatively “know” that some behavior they value is foreseen or guaranteed by the Constitution. For example, the debate about what people call “gun rights,” which encourages people to believe that guns themselves have rights, turns around a real question of belief rather than knowledge. It requires an act of faith in the rather absurd idea that a metaphysical principle exists requiring government at all levels (federal, state, municipal) to refrain from regulating the ownership of lethal weapons. It turns guns into sacred objects.

What Governor Abbott is saying demonstrates that the idea that belief should always trump knowledge. He says Californians migrate to Texas essentially for religious reasons because they believe in God, guns and oil. In more realistic terms, what he appears to mean is that such people see God, guns and oil as essentially good and beyond criticism. In the case of God, that poses few problems because acts attributable to God appear to be intangible and will never be adjudicated in a courtroom. But guns and oil have a very real impact on the human and physical environment.

The gist of Abbott’s meaning is that human society must do nothing to oppose the exploitation of these objects or criticize their effect on the environment. Guns serve to protect property, and oil serves to produce income and jobs. That defines goodness, and Texas is all about goodness.

In such a context, it is worth listening to the commentary of a prominent conservative Texan pundit, Saagar Enjeti, about the question that so troubles Tucker Carlson: “Let’s all be honest here about what’s waiting down there in the land of Texas. It ain’t just more space, it’s the lack of income tax.” Enjeti calls it “tax arbitrage” and points out that “the entire state government is designed for outcomes like this.” He describes the ethos of Texas as being based on the idea of the government doing “as little as possible.” Californians move to Texas not because they love guns and oil, but to keep their money for themselves.

Carlson finally seems appeased when Abbott tells him that all will be well because while the Californians moving to Texas are gun-lovers, at the same time, Texan liberals are moving to California because of their love for government regulation. But to underscore his original point, Carlson concludes by invoking the fate of the nation itself: “If Texas goes, then we’re done.” It will be the end of authentic America.

In 1836, American colonists conducted a war to secure the territory Mexico was incapable of defending, opening its vast expanses of cotton land and prairies to slave-holding American settlers. This was necessary because the Mexican government had outlawed slavery, upsetting the plans of pioneering Americans intent on conquering the West.

Free of Mexican domination, the victors of the 1836 war created a political entity they called the Republic of Texas, even though the territory was still legally attached to Mexico. In 1845, the United States government unilaterally proposed to annex Texas as a state. The Texans agreed. This immediately provoked a war with Mexico, in which the US eventually prevailed, permitting, in 1848, not just the annexation of Texas but also of the territories to the west, including California.

Thanks to a messy war that both former President John Quincy Adams and future President Abraham Lincoln opposed, calling it “unjust,” the culture of the Lone Star Republic was thus preserved. Twelve years later, Texas joined the Confederacy in seceding from the union during the Civil War. Had Adams and Lincoln had their way against President Polk, Texas might have remained an independent republic or even been returned to Mexican jurisdiction. But given the pressure of Manifest Destiny requiring the enterprising Americans to colonize a continent, history moved in a different direction.

As the largest state of the union, with its memory of having been an independent republic between 1836 and 1845, Texas has always held a special status in US culture. It is the state that has most affirmatively preserved the mythology of the American cowboy. That explains why Tucker Carlson believes it is so crucial for Texas to preserve a culture that began with a belief in slavery and continued with faith in guns and oil. 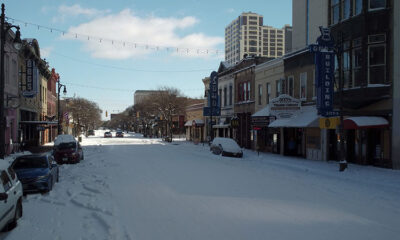 The Texas Crisis: Tilting at Windmills 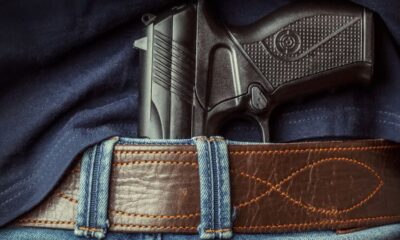 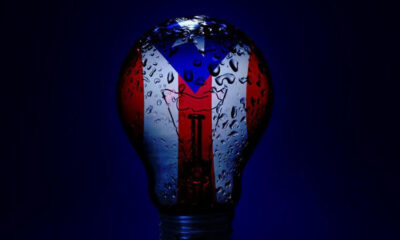 Why Puerto Rico Faces Worse Perils Than Texas and Florida