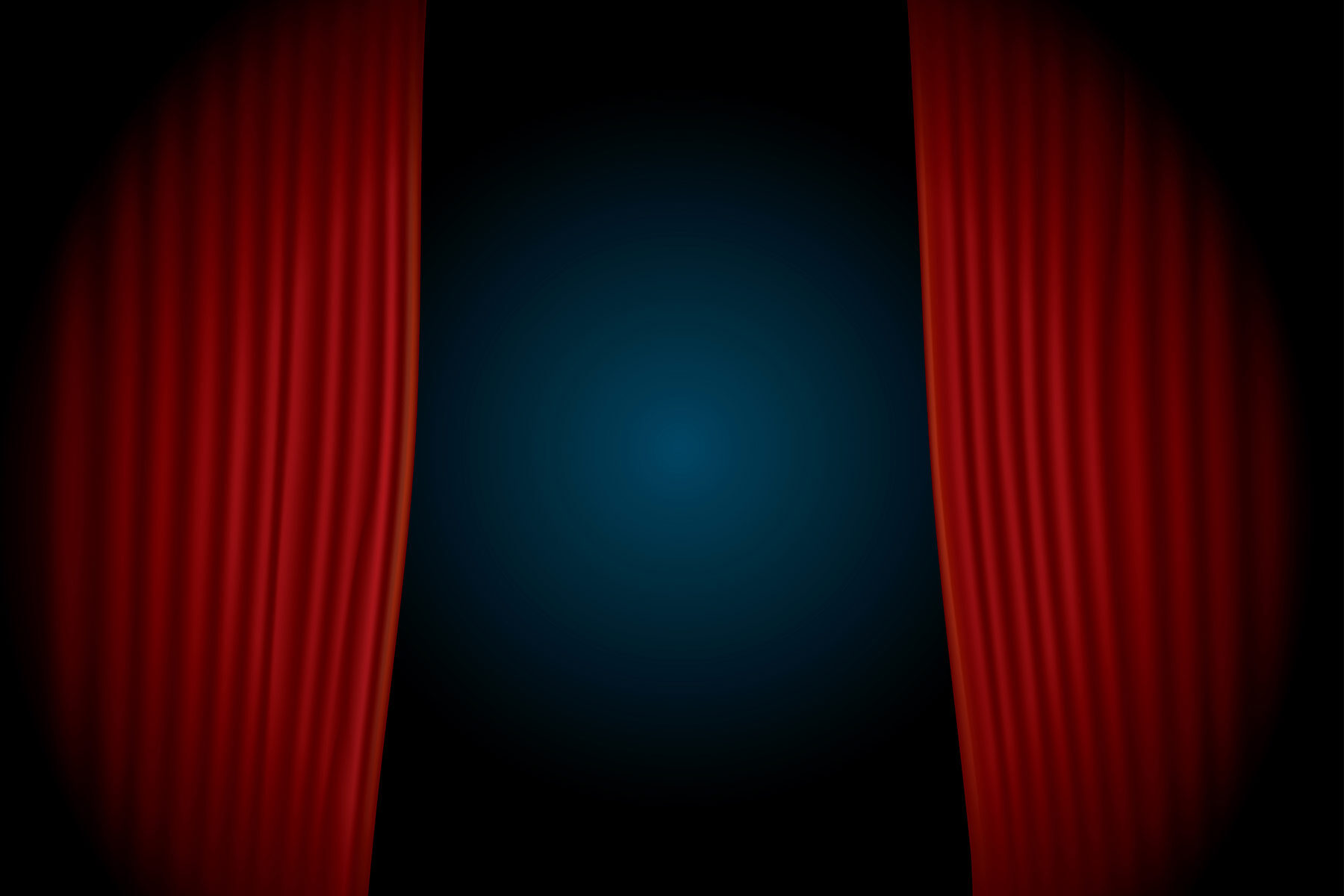 A 2014 study published by Princeton University sought to determine how political decisions were made in the United States. The study’s conclusion called into question the legitimacy of calling the current political system a democracy. It had effectively evolved into a functioning oligarchy.

The nation’s elected officials were unfazed. So long as the word democracy was still alive in people’s minds, belief in its reality would continue. Nevertheless, numerous individuals aware of the gap that exists between rhetoric and reality began wondering whether, in an oligarchy masquerading as a democracy, the fact that very real elections that take place implies the existence of corruption. Some even dared to describe the oligarchy as a plutocracy, in which money makes decisions people are no longer empowered to make.

The Supreme Court of Chief Justice John Roberts took the challenge seriously. After careful deliberation, it peremptorily ended the debate by declaring that corruption could only exist in the form of a visible quid pro quo. This reassured the mainstream media that had studiously avoided mentioning the Princeton study. Politico’s Zephyr Teachout described the court’s decision in these terms: “In other words, if it’s not punishable by a bribery statute, it’s not corruption.”

Hailey Fuchs, writing for Politico seven years later, throws some light on how unnecessary it would be for someone with money wanting to influence politics to resort to bribery. She examines the case of the mercurial Democratic senator from Arizona, Kyrsten Sinema, who has recently dominated the headlines. Fuchs reports that Sinema has “raised more campaign money in the last three months than in any quarter since she became a senator.”

In US democracy, the unique fuel for legislation, provided by wealthy donors, that guides legislators to focus on real priorities concerning issues that would only become too confusing and time-consuming to interpret if the will of the people (aka the mob) were taken into account

The Democrats should be celebrating Sinema for her accomplishment. The Democratic Party expects its elected officials to raise money for future electoral campaigns. It reinforces the party’s position in Congress and comforts its quest to gain or consolidate power. The whole point of having a party is to do things together and celebrate them when they are successfully achieved. Isn’t that what people mean when they say, “Let’s have a party”? There is, however, one proviso in Sinema’s case. Her success in raising money appears to depend on her willingness to embarrass the leader of the party, US President Joe Biden. Worse for the future of the party, it requires scotching the legislative plans designed to seal Biden’s legacy as a “transformative president.”

Everyone in Washington has been wondering, often out loud, why Sinema can be so disloyal to a president from her own party. Washington Post columnist Alexandra Petri raises the speculation to a fever pitch but, stumped by the contradictions, gives up in the end. Sinema’s public performance defies rational interpretation. But now there may be a clue. After digging into Sinema’s latest fundraising efforts, Fuchs unearths at least one explanation of the mystery.

According to Fuchs, Sinema has received “a big assist from the pharmaceutical and financial industries, whose political action committees and top executives stuffed her coffers in the middle of negotiations on Democrats’ massive infrastructure and social spending bills.” This is clearly not bribery. There is no visible quid pro quo. That will reassure the justices of the Supreme Court. Analysts, however, know that corruption is not about the direct exchange of cash but about timing and cosmetics. So do lobbyists and venal legislators from every epoch of human history.

Sinema appears indifferent to the fact that her latest donors do not appear to be fans of her party’s legislative priorities. She may argue that money is odorless and should never be spat upon. She will always vote her conscience no matter who funds her campaign. Or perhaps she was truly unaware of their background. In that case, she should be intrigued by Fuchs’ article, which provides a few useful details.

Not only are the donors very rich people with a direct interest in keeping their taxes low and promoting austerity for the common people. Many of them are lifelong donors to the Republican Party. Some Democrats might call this consorting with the enemy. Sinema thinks it’s more akin to working across the aisle. The only problem is no tangible political “aisle” exists between legislators in the Senate and the corporate donors working exclusively for wealthy shareholders in their boardrooms.

Kyrsten Sinema has teamed up with West Virginia Senator Joe Manchin to cause havoc among the Democrats. Hailey Fuchs reveals an interesting statistic: “Nearly 90 percent of Sinema’s cash from individual contributors came from outside Arizona.” Manchin’s numbers are similar. He has been hobnobbing with corporate donors throughout his long career. Sinema is a freshman senator but has clearly learned the ropes of Beltway politics.

Could it be that these two brave souls are on a sacrificial mission to expose to the public what the Princeton study revealed, the fact that the nation’s politics are so infected it required their example to expose its reality to the outside world? This idea may sound absurd, especially in the case of the veteran Manchin. But it cannot be discounted in Sinema’s case. Speculating about her motives, some commentators imagine she wants to run as a Republican. It’s risky because such blatant disloyalty would put off most Republicans. After all, practically everyone in the Republican Party — despite their distaste for having the loser, Donald Trump, as the party leader — have continued to honor the former president as their legitimate leader.

Others speculate that because Arizona is a purple state — a mix of Democrat and Republican — Sinema is angling to seduce independents by identifying as a moderate Democrat who embraces Republican ideology. But that too is risky. She has clearly lost the trust of Democrats and has little hope of seducing Republicans in a future political campaign. They will undoubtedly prefer a real conservative to the faux moderate Democrat Sinema claims to be.

Sinema began her political career as an anti-war ecologist and a “Prada socialist.” What she is doing today, consciously or unconsciously, is offering the nation a case study of how corruption works in an oligarchy masquerading as a democracy. She is demonstrating how money can defeat any serious reform, even ones that aren’t very radical, proposed by a president who was elected as a symbol of moderate Democratic politics. In other words, we shouldn’t dismiss the idea that Sinema may be sacrificing herself and her political career precisely to demonstrate how deeply corrupt the system is, how easily its stated ideals are subverted by money.

Could Sinema even be seeking to destroy Manchin, clearly far more corrupt than she is? As Fuchs recounts, the West Virginia senator “has made millions off the fossil fuel industry.” He owns a $5 million stake in Enersystems, a private coal brokerage he founded in 1988 that is now run by his son.” In 2020 “Manchin raked in $500,000 from the company.” Between 2011 to 2020, he earned more than $5 million in dividends.

It’s all legal, of course, but that is some serious corruption, on a scale that dwarfs Sinema’s modest quest for campaign funds that may, in the end, serve no serious purpose. She would probably fail to survive a primary in which she would undoubtedly be challenged by a “true” Democrat.

Sinema has an extraordinary talent for putting herself on display. Could the entire political drama be something like the prank that actor Joachim Phoenix played on the media more than a decade ago? The Oscar winner “fooled the world into believing he was abandoning acting in favour of a rap career in what many saw as a public meltdown.” He later explained the point was “to do a film that explored … the relationship between the media and the consumers.”

The stage is now set for Sinema to emerge as the politician standing up to claim that her whole act was designed to explore, through concrete acts, the relationship between two corrupt parties, their donors and the media. This could spell the end of oligarchy and a return to democracy. It’s time, Kyrsten. The nation is counting on you.