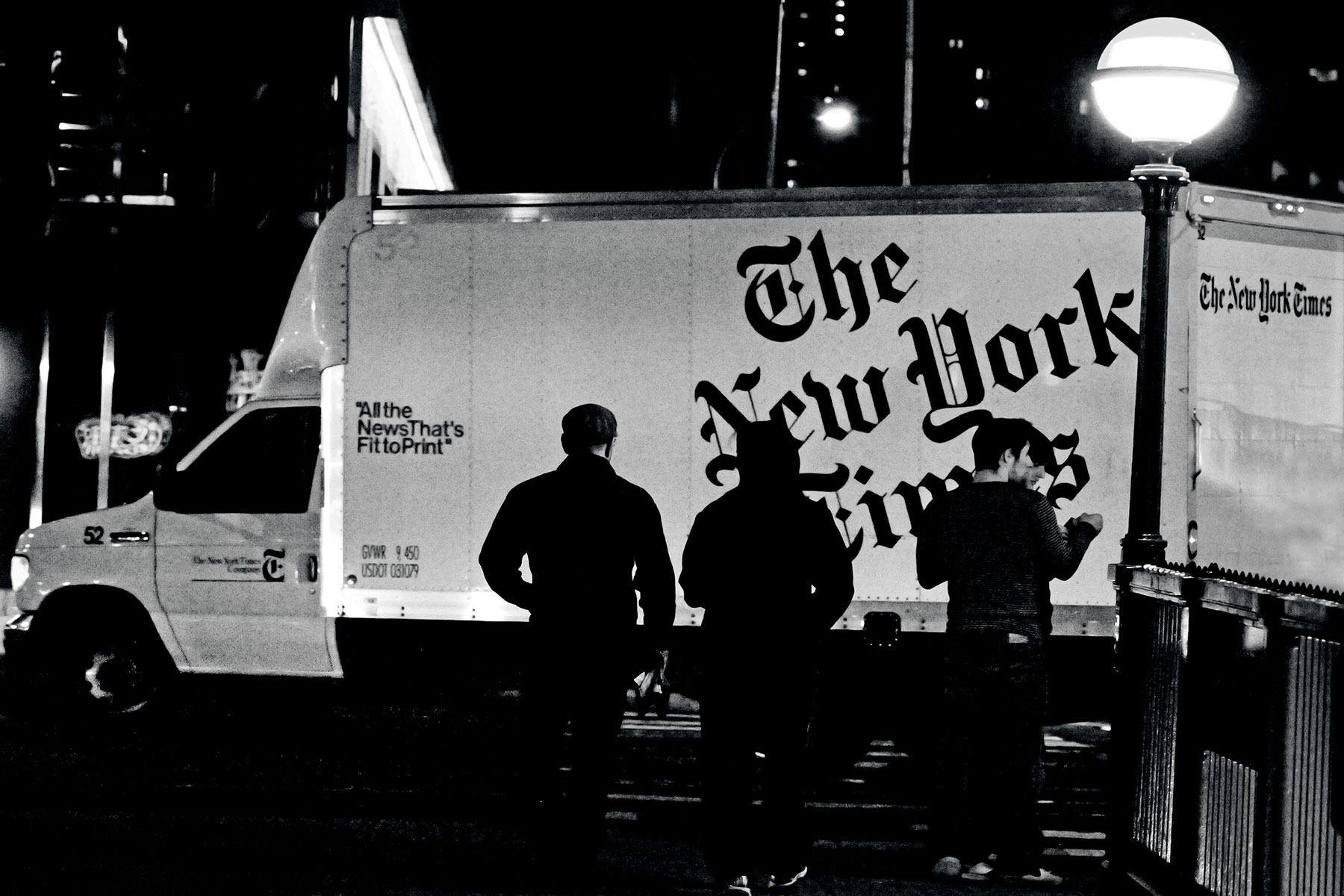 The Daily Devil’s Dictionary belongs to the category we might call ironic journalism. It is dedicated to unearthing the subtleties of language used by officials and public personalities as well as the media outlets that report on their sayings and doings. Irony is an effect of language that calls attention to paradox and possible contradiction, a gap between reality and understanding. Detecting ironic contrasts can reveal otherwise hidden aspects of familiar facts or beliefs.

Investigative journalism explores facts that have been covered up or neglected and that contradict official discourse. Ironic journalism investigates ideas that are presented as obvious but are visibly at odds with reality. In such cases, whether the contradiction is conscious or unconscious, the ironic commentator will highlight the irony to elucidate the motive for the misrepresentation. It may not be simple, because people who are skilled in misrepresentation usually take elaborate precautions to deviate attention from the flaws in their apparently rational assertions. Even when it appears obvious, as in cases of outright lies exposed by ironic commentary, there may be other dimensions that remain hidden from view.

Irony provides one of the basic elements of humor. The surprise that makes us laugh at a joke occurs when a word, a phrase or a narrated action reveals an unsuspected ironic contrast. Sigmund Freud was a contemporary of the great ironist and author of “The Devil’s Dictionary,” Ambrose Bierce. The Viennese doctor who created psychoanalysis wrote an entire book about jokes and humor (filled with wonderful examples of jokes, by the way). He intended to demonstrate that the gap between the conscious mind (that can plan things and execute precise tasks) and the unconscious (a magma of random wishes and suppressed drives) is the principal source of the irony that informs all types of humor.

Because the Daily Devil’s Dictionary focuses on irony in its commentary of current events, it flirts and often engages with the principles that produce humor and comedy. By focusing on context, we avoid the temptation to treat apparent anomalies and contradictions as simple laughing matters. Occasionally, however, the gap between meaning and intention may be so exaggerated and its duration so unnatural that laughing becomes the only appropriate response. The consistent absurdity of the legacy media’s reporting on the “Havana syndrome” has now reached that point, just as it had already done over the past five years with Russiagate.

The New York Times is one of the prime perpetrators of both of these long-running and apparently unconscious jokes. In its latest offering, Times reporter Lara Jakes recounts the recent dramatic case of embassy workers in Colombia affected by the syndrome. Her report includes this gem: “Though the origins of Havana Syndrome remain unknown, its symptoms are similar to those caused by surveillance equipment used by Russia during the Cold War.”

Just like Russiagate, The Times editorial team has been presenting this story week after week and sometimes day after day. Instead of intensifying its suspense, this obsessively repeated motif has been stretched out beyond its breaking point. This leads us once again to wonder why and to look beyond the obvious fact that The Times routinely prints any talking points the intelligence community graciously shares with its journalists. The sheer convenience of playing megaphone to the military-industrial complex rather than investigating the manifold threads of a story clearly makes a reporter’s job easier and saves time.

Our best guess at an alternative explanation is that recent market surveys have revealed to the editorial department that the readership of The Times, 91% Democrat, has an unabated appetite for anything that appears to implicate Russia in the Havana syndrome. Jakes’ citing “symptoms … similar to those caused by surveillance equipment used by Russia during the Cold War” represents a new stage of specious reasoning designed to please the newspaper’s audience. She fails to realize that in doing, so she has committed a fundamental error of journalism. The appeal of the Havana syndrome drama isn’t just the opportunity to accuse Russia. It is also the fear of a super-sophisticated weapon. It is closer to science fiction than political fiction.

The Cold War is the distant past. The Havana syndrome delineates our future. Cold War stories are reassuring. After all, we survived and the Russians folded. People read newspapers to justify their sense of panic about the future. Our health, wealth and well-being are being constantly threatened by a pandemic, climate change, an economy that’s running off its rails, government dysfunction and rising signs of civil violence. All of that is stale news. Every astute journalist should be aware that readers now need to worry about something that remains unexplained and can therefore be attributed to invisible Russian microwave technology that produces “directed energy.”

Of course, no physical trace of the presence of technology and even less of a national origin has been revealed. The only parties found guilty of any of the reported effects are Cuban short-tailed crickets. That is where the idea of similarity becomes attractive to a desperate journalist whose editorial board needs to keep the story alive and associate it with a designated culprit.

The Times is not alone. NBC News offered this helpful explanation: “Officials say they are now completely discounting a 2018 State Department report by the JASON advisory group, an elite scientific board, suggesting that some of the original cases were caused by sounds made by a loud species of crickets.” NBC neglects to mention that the elite group spoke less about crickets than their suspicion that the reports show serious evidence of “psychogenic effects.”

As usual in this type of journalism, citing the authority of unnamed “officials” — presumably intelligence officials — is sufficient to “completely discount” the analysis of experts or even the belief of State Department officials forced to resign for not believing in the directed energy hypothesis.

“Some officials believe that if directed energy is the culprit,” NBC observes, “it may have begun as a method of collecting intelligence that has now been weaponized, multiple sources told NBC News.” After five years, all that can be asserted is a hypothetical idea introduced by “if.” We then learn that something “may have” happened to explain it. That of course is true because anything could have happened. Scientifically speaking, this assertion has the same truth value as saying Elon Musk is the suspected author of all these incidents because in 2022, he “may” intend to propose a solution to the mystery thanks to the capacity of his Starlink satellites to spy on everything that takes place on earth. This would, after all, be “similar to” his proposal in 2018 to build a miniature submarine to rescue youngsters trapped in a cave in Thailand.

The real reason the Havana syndrome is still in the headlines appears to be an HR problem within the US State Department. Several officials have indicated they take seriously the hypothesis of mass hysteria. The diplomatic personnel who have complained of symptoms felt disrespected by the State Department’s failure to explain the causes. Their jobs have become increasingly prone to situational stress and the fear of being attacked by an invisible enemy has frayed their patience.

With their insider insight into the culture of their own intelligence community, these spies and diplomats may suspect that their superiors are aware of the cause but, for security reasons, are intent on hiding that knowledge. Like so many other Americans who are now going on strike or quitting their jobs, people no longer trust that their employers may be concerned with employees’ welfare. This is a growing trend, complicated by the increased distrust of governments that appear to be incapable of managing a pandemic but perfectly capable of imposing severe restrictions on people’s behavior.

Humanity is clearly at a historical turning point. Pressures are building on every front. And yet the media carries on seeking “similarities” with moments and events from what people now perceive as a far more placid historical epoch: the Cold War. Nostalgia for that period informed Donald Trump’s “Make America Great Again.” After the US withdrawal from Afghanistan in August, the Biden administration shows signs of encouraging a new Cold War. The New York Times will always be there to back them up.