In the days following the announcement of Bill and Melinda Gates’ divorce, it has become clear that Melinda was the force behind it. In this column, we speculated that Alexander Zaitchik’s devastating critique of Bill’s role in the enduring drama of vaccine inequality may have been a contributing factor. Bill’s disastrous commitment to prioritizing intellectual property over human health may have been the spark Melinda was waiting for.

The Daily Beast now reveals that the source of the rift goes back a few years. At its core lies Bill’s coziness with convicted pedophile Jeffrey Epstein. Melinda knew that Bill’s relationship with Epstein was much closer than he would publicly admit.

Another person close to Gates, ex-Microsoft VP, Linda Stone played a significant role as a member of the Massachusetts Institute of Technology (MIT) advisory board. An internal report documenting Epstein’s interactions with MIT reveals Stone’s admiration of Epstein. An email from MIT’s former director of the Media Lab, Joi Ito, notably admitted that Epstein “has a tainted past, but Linda assures me that he’s awesome.”

A powerful quality attributed to people who are loaded with money and gifted in making other people believe they might gain access to some of it, in the interest of distracting from the less attractive traits of their character

The dialogue between Ito and Stone offers an insight into the values of what may be called the techno-financial intellectual elite, a milieu that prizes technology, science and personal achievement. At the very least, they agree on the meaning of the word “awesome,” a time-honored term that once meant awe-inspiring. Now, it simply means admirable, exciting to behold and even exemplary. This use of the word was once considered vulgar and low-class. Before being adopted by the tech elite, it belonged to the language of Valley girls.

That people who have reached a position of high responsibility in companies like Microsoft and institutions like MIT should refer to Epstein as “awesome” reveals not just a trend in American English. It tells us a lot about the idea of hierarchy that exists among today’s educated elite in the US. They themselves aspire to the perceived status of Epstein, a star in the firmament, believed to be a billionaire who could get anything he wanted and who knew how to use money to acquire the reputation of a benefactor of humanity.

The MIT report reveals the basis of Stone’s plea in favor of working with the awesome Epstein. He had “given a tremendous amount of money to Harvard” and “other scientists.” In other words, Epstein was a likely source of easy money, a goal shared by everyone endowed with commercial sense in today’s society. But Stone’s marketing skills alerted her to a more significant advantage that could come from collaborating with Epstein. She added this advice: “Good to show that list.” The elite, after all, is nothing, if not a network. But what made Epstein truly awesome and what perhaps convinced Ito was the intensity of Epstein’s gumption or assertiveness, which American culture posits as the key to achievement. Stone noted that he “aggressively funds science & tech & interesting people.”

In other words, Epstein was a paragon of the most important American virtues. He was aggressive and rich. He supported the most noble things in life: tech and science. And he had been successful in cultivating “interesting people.” With so many virtues, why should Stone be concerned about Epstein’s documented vices? Though she had some doubts, they were easily allayed.

She took at face value Epstein’s claim that he had been “wrongfully convicted.” Epstein had pointed to “his light sentence” and even asserted “that he had been cleared by a lie detector test.” How credible is this? In fact, very credible for someone in Stone’s position. This is what Stone wanted to believe and the elite knows how to get what it wants. The second is that people in her situation understand that people like Epstein know how to use their money to escape the rigors of the law and even of social ostracism. In other words, Epstein convinced her that he belonged to that stratum of the elite that everyone knows will survive even the worst battle with only a few scratches.

The Epstein affair and its current repercussions demonstrate a major shift not just in values, but also in the use of language that has taken place during the era of greed that was officially launched by the Reagan administration in the 1980s. The word “awesome” itself illustrates an important aspect of that shift. Its meaning and usage in the US have evolved extremely rapidly in the past half-century.

Inherited from Old English, Merriam-Webster defines the still current meaning of the word “awe” as “an emotion variously combining dread, veneration, and wonder that is inspired by authority or by the sacred or sublime.” For centuries, “awesome” served to describe objects or events that provoked dread or veneration.

Everything began to change somewhere around 1975. Dictionary.com recounts that, in 1977, “a woman named Lynne Bronstein wrote to the Los Angeles Times asking ‘Has anyone besides myself noticed the current rage for the term ‘awesome’?” The word “awesome” soon became a part of everyone’s vocabulary as a particularly assertive term of approval.

In the 1960s, the equivalent, especially among hippies, derived from the language of black jazz musicians in the 1950s. Anything impressive could be deemed “outa sight” (“out of sight”). For example, John Coltrane’s solo on “Round Midnight” was outa sight. There was still a tinge of reverence in that language. Something that’s out of sight belongs to a more ethereal universe. By the time “awesome” took over, the notion of reverence and humble appreciation disappeared, replaced by the kind of envious admiration Linda Stone displays in her description of Jeffrey Epstein.

The word “awesome” isn’t the only clue to the mindset of the new techno-scientific elite. A close reading of the MIT report on the university’s relations with Epstein reveals more than many would like to admit about the social set that gravitates around research, politics, celebrity and billionaire wealth. One perhaps naive “tech insider” cited by The Daily Beast “noted Stone thrived on connecting people but that she ‘has a lot of friends who are infinitely richer than Epstein,’” adding, “I can’t see anything Linda got out of it.” This demonstrates that within the world of tech — as in society as a whole — there are two classes: those who understand what it is to belong to the elite and those who are content to do their well-paid jobs.

The MIT report informs us that, further to Joi Ito’s request for information about Epstein, “one of the Media Lab staff members responded with this recommendation: “You should read his Wikipedia bio, there may be some other things to consider. Though he seems to be a generous philanthropist, he might not be an individual the Lab should work with.”

Ito may have been director of MIT’s Media Lab until his resignation in 2019 following the Epstein scandal, but his background was that of a venture capitalist. As a matter of course, capitalists are always expected to do due diligence, though venture capitalists tend to be such focused calculators of opportunities for greed that they sometimes neglect otherwise crucial factors to audit. Ito apparently hadn’t even bothered to read Wikipedia’s account of Epstein. Instead, he referred the question to Media Lab’s founder, Nicholas Negroponte.

The staff member prudently added this observation, that “‘we should be sensitive/careful when working with MIT development, they might not want this information to be known to alot [sic] of people.’ … Negroponte responded: ‘I know him quite well. The person who is his closest friend is Marvin Minsky, who even visited him in jail. I would take Berlusconi’s money, so why not Jeff.’

At the time, international media were promoting salacious stories about media baron and Italian Prime Minister Silvio Berlusconi’s sex scandals with minors. For Negroponte, being accused of such trivialities in a world where there were important things to accomplish had no importance. One might even conclude that spending time in jail — especially with a “light sentence” that proves both one’s guilt and one’s privileged status — is the most awesome thing of all. 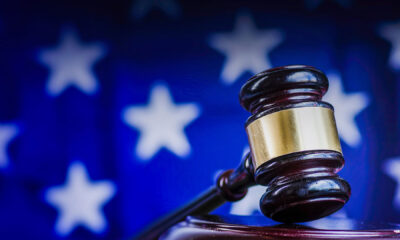 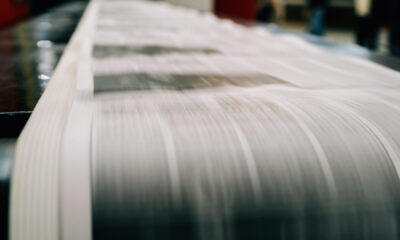