The Guardian’s wealth correspondent, Rupert Neate, is an unrelenting fan of philanthropist Bill Gates. On April 11, he effusively praised the fact that “billionaires — including Microsoft founder Bill Gates and Twitter co-founder Jack Dorsey — have committed huge amounts of their money to fund solutions to the unfolding crisis.” He was presumably unaware of what Alexander Zaitchik documented in an in-depth article published the following day in The New Republic on the role Gates played as the master puppeteer of the world’s response to the pandemic.

The crisis was still “unfolding” more than a year after the outbreak precisely due to Gates’ effective dictatorship over the global effort to combat the virus. Insisting on protecting Big Pharma’s intellectual property, Gates single-handedly blocked the one solution scientists and health experts were eager to run with: the sharing of industrial procedures to avoid hoarding and scarcity while addressing the needs of humankind.

Is Bill Gates a Danger to Humanity?

Now, even after massive coverage of the scandal provoked by Gates’ adamant opposition to intellectual property waivers that effectively limits the capacity to manufacture vaccines on the scale required for a pandemic, Neate once again expresses his effusive admiration, citing Gates’ willingness to spare no expense in the name of the cause: “It’ll be a few billion dollars we’ll waste on manufacturing for the constructs that don’t get picked because something else is better. But a few billion in this, the situation we’re in, where there’s trillions of dollars … being lost economically, it is worth it.”

Chump change for the hyperwealthy

Gates’ statement deserves some careful unpacking. It reveals more than he may have intended about his worldview. It may even hold a clue to Melinda Gates’ filing for divorce this week, also covered by Neate. Gates mentions “constructs,” apparently referring to research projects declared stillborn when their results prove to be inferior to other projects bet on by the same philanthropist. He calls it “waste,” but he should know that the whole purpose of research is to distinguish what doesn’t work from what works well.

There is nothing wasteful about that effort. Wasted “constructs” are an essential consequence of the structure and logic of research. But focused on the naive idea of building the proverbial “better mousetrap,” Gates apparently deems anything wasteful that fails to pass the intellectual property test, pointing to guaranteed future profits.

After regretting the waste, Gates goes on to explain why such waste can be tolerated. It’s not because it is a stage in advancing the cause of human health. No, as James Carville once told candidate Bill Clinton, “It’s the economy, stupid.” Gates talks about “the situation we’re in” and makes it clear that the threat he worries about isn’t to millions of people in the global south, but to the loss of trillions of dollars of economic activity. Gates is a man who knows his priorities. Those trillions produce the fortunes of multibillionaires whose philanthropy can save the human race. Unlike McKenzie Scott, Gates may not have noticed that the pandemic has comforted and increased the wealth of the current generation of multibillionaires, such as himself. The longer it lasts, the more durable will be the results.

Gates esteems that losing “a few billion” when your estimated fortune is around $124 billion is “worth it,” if what you’re doing is designed to save not so much people as the capitalist economy. He has repeatedly insisted not only that the protection of intellectual property is the key to the economy, but that a prosperous capitalist economy dominated by global powerhouses like Microsoft and Big Pharma is the key to human health. He sincerely believes this, even if along the way some “waste” occurs as hundreds of thousands die in India and Brazil and other places handicapped by a deficit of intellectual property.

Neate uses the occasion of the philanthropic couple’s impending divorce to heap more praise on Bill’s exemplary generosity: “Bill is the world’s fourth-richest person with his estimated $124bn (£90bn) fortune, but he would have been even more vastly wealthy if he had not committed to giving away at least half of his fortune before he dies.” That is technically true in terms of Gates’ personal holdings, but a foundation represents personal wealth in a different form.

Moreover, if wealth is power — as most people would admit — foundations offer direct political power in ways that personal wealth can never do. Those who shovel massive amounts of their personal wealth into foundations bearing their name and which they control are investing in their own political power far more than they are contributing to that collective idea that Adam Smith, the father of capitalist theory, once referred to as “the wealth of nations.”

Gates was certainly the luckiest techno-creator in the history of information technology’s triumph over the past 40 years. If IBM hadn’t gifted him the development and the intellectual property of MS-DOS — which IBM itself marketed across the globe in its PCs — he might have gone done in history as just another Harvard dropout addicted to experimenting with computer code. Anyone who spent the decade of the 1980s using MS-DOS can understand why Gates will never be remembered as among the most brilliant of a tribe that included Steve Jobs but also people like Tim Berners-Lee and Linus Torvalds.

The latter two never sought to become billionaires or business icons. Gates’ genius was focused on understanding how to leverage dropout. His story is similar in some ways to that of his friend, Warren Buffett, who honestly attributes his own success to his understanding of the mystery of compound interest. These hyperwealthy individuals share traits that some would call autistic.

In the course of his panegyric, Neate does have the decency to quote Anand Giridharadas, whom he identifies as “one critic of billionaire benefactors.” Giridharadas predicts that the Gates divorce will have ramifications in “the worlds of business, education, public health, civil society, philanthropy, and beyond.” He explains that it “is because our society has made the colossal error of allowing wealth to purchase the chance to make quasi-governmental decisions as a private citizen.”

We may wonder if the divorce is in any way related to the latest controversy about Gates’ role in the vaccine fiasco. Has Melinda read Zaitchik’s article or dared to listen to Giridharadas’s reasoning? Will we ever know? There is most likely a settlement in the offing, possibly resembling McKenzie Scott’s $38-billion divorce arrangement with Jeff Bezos in 2019.

Ms. Scott’s net worth today is estimated at $68 billion. Her commitment to philanthropy appears more sincere than her former husband’s or Gates’, especially as it is significantly less self-aggrandizing and reflects a more refined sense of social responsibility. For Scott, “there’s no question in my mind that anyone’s personal wealth is the product of a collective effort, and of social structures which present opportunities to some people, and obstacles to countless others.” She even dared to offer this analysis that most billionaires avoid evoking out of fear of brandished pitchforks: “Economic losses and health outcomes alike have been worse for women, for people of color, and for people living in poverty. Meanwhile, it has substantially increased the wealth of billionaires.”

One serious question remains, and it concerns the media. Why do prestigious papers such as The Guardian and The New York Times consistently cheerlead philanthropists like Gates, refraining from any even mildly serious criticism? On the topic of vaccines, The Times featured a podcast in March that contained, hidden in its depths, observations worthy of serious reporting. Investigative reporter Megan Twohey confessed that “we found time and again that there were a lot of people in the world of public health who would talk to us off the record about their concerns about Gates and his growing power and influence in the world of public health, but they were very reluctant to say so on the record, in large part because his money was everywhere.”

Twohey also remarks that “as he’s become more powerful, it has also become very difficult for people to imagine any more radical reform without his support.” Her editors apparently have never asked her to pen an article on Gates’ influence. With media like that, “radical reform” is indeed difficult to imagine in our current economy. 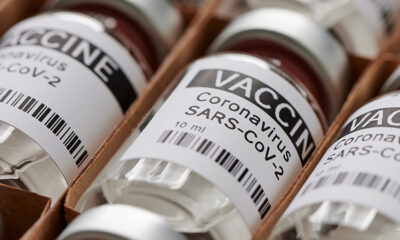 Will Big Pharma Continue to Own the World’s Health?