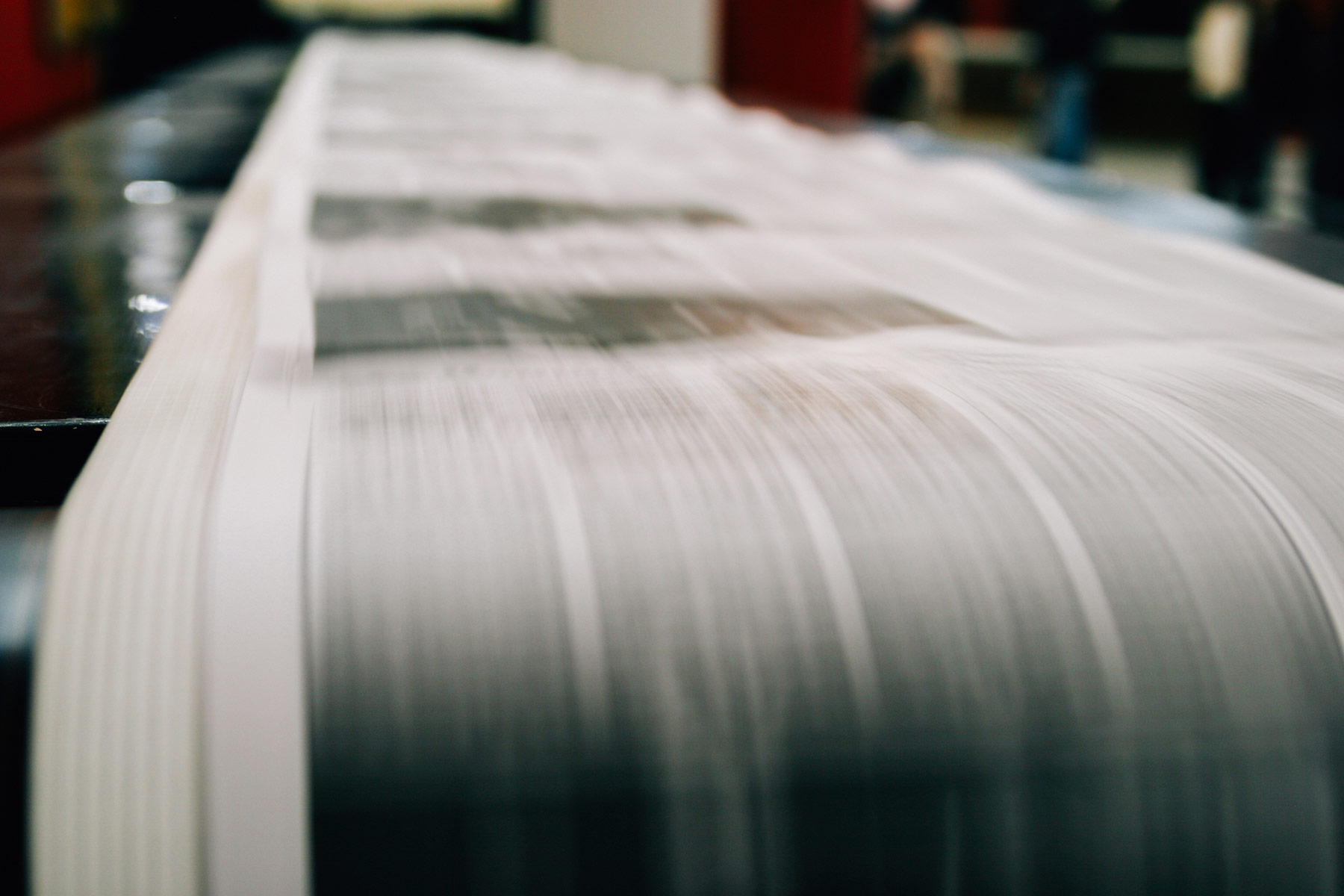 A society that depends on sophisticated media to construct standardized mental images of the world inevitably loses the ability to perceive reality. It replaces reality with an increasingly hyperreal construction. Even if reality resists, well-managed hyperreality invents a response. If reality disappoints, we can always change the settings.

Hyperreality’s ever-increasing sophistication is the cumulative result of over two centuries of human action sparked by industrial and technological efficiency. Conflicts, crises and pandemics occasionally remind us that reality still lurks somewhere in the background. But we are taught to believe that the cure to such ills is the further extension of hyperreality.

Today’s hyperreal belief system relies on the widely accepted belief that the combined force of democratic political institutions and a market-based economy allows society to control both the natural world and human history. People participate in hyperreality by occasionally voting and constantly buying things. They thus make the world in their image. Individuals feel helpless, but collectively they have been conditioned to believe that the combined force of ever-evolving technology and amassed finance will enable all needs to be met.

The tradition of Western logic holds as its core principle the law of noncontradiction. The same thing cannot be both true and not true. In hyperreality, contradiction prospers. Much like the impossible staircase explored by the artist MC Escher, hyperreality permits and encourages the invention of readings of reality that contradict each other. Thanks to the clever modeling of perception, impossible things seem to correlate and resolve. In such a system, reality will never have the final word.

The New York Times excels at remodeling perception. With the approach of Ghislaine Maxwell’s sex-trafficking trial, The Times felt the need to educate its readers about the disputed cause of Jeffrey Epstein’s death in 2019. They must not suspect foul play by influential people in the real world. Alas, in the days preceding his death, Epstein himself claimed he had no reason to take his own life.

The Times offers its own carefully crafted illusory account of what it deems an illusion crafted by Epstein, a convicted pedophile who died at a federal jail in Manhattan. “After a life of manipulation,” the article claims, “Epstein created illusions until the very end, deceiving correctional officers, counselors and specially trained inmates assigned to monitor him around the clock.”

The Times provides no proof for its claim, citing only a conclusion it reached “according to the documents.” Documents are human discourse, not reality. They are the building blocks of hyperreality. The Times appeals to the criterion of size: “more than 2,000 pages of Federal Bureau of Prisons records obtained by The New York Times after filing a Freedom of Information Act lawsuit.” Anything that long must be true.

The Times admits that there was “too little action by jail and bureau officials, who made mistake after mistake leading up to Epstein’s death, the records reveal.” Some suspect that the accumulation of anomalies The Times prefers to call “mistakes” could possibly have been stage-managed. Until the origin of each anomaly is clarified, an investigative newspaper should not prejudge the cause by dismissing those acts as mistakes.

The early paragraphs in the article seek to convince the reader that the report offers “no support to the explosion of conspiracy theories that Epstein’s death was not a suicide.” Why would it if the report was designed by the authorities to allay all suspicions? For The Times, authorities never lie or seek to cover up the truth. An honest newspaper would have added the equally true reflection that the report offers no proof it was a suicide.

An investigative reporter intent on informing the public would mention that unresolved contradictions in the official account continue to exist. They would also reveal that nothing definitive has emerged to rule in favor of either of the contradictory interpretations: suicide or murder. Moreover, a real investigator would be open to considering that there might be a third or a fourth hypothesis. One potentially valid theory is that those interested in seeing Epstein disappear arranged everything to push him to suicide. But The Times has already made up its mind. Reporting the news consists of affirming the unproven version of the story The Times prefers and hiding the fact that other versions deserve consideration.

The Times notes, as if it could stand as evidence, the report’s speculation on why Epstein might have committed suicide: “The lack of significant interpersonal connections, a complete loss of his status in both the community and among associates, and the idea of potentially spending his life in prison were likely factors contributing to Mr. Epstein’s suicide.” This is credible, but it is not news. The need to prove something through speculative interpretation indicates that there is no evidence, no foundation in reality.

The Times article is constructed like a work of fiction. It ends with a neat concluding chapter, citing the testimony of “an inmate who appears to have worked in the kitchen.” This mysterious person “emailed the psychology department about a conversation he had with a man whose cell had been next to Epstein’s.” A good novelist might choose this kind of epilogue for the final chapter of a murder mystery. It gives a sense of closure.

But The Times is supposedly a newspaper whose investigative vocation into unresolved events should incite its reporters to raise burning questions, not close the story like a novelist eager to honor the publisher’s deadline. Who is this character cited in the concluding paragraphs? What has he become? Does he have a motive? The four Times journalists show no interest in finding out more. Their decidedly incomplete novel has already been written.

This story tells us more about how The New York Times works as a purveyor of hyperreality than it reveals about the reality of the Epstein case. Throughout its history, The Times has not just practiced but honed this kind of reporting. Everyone remembers the prolonged outcry on The Times front page about Saddam Hussein’s weapons of mass destruction that served to justify the invasion of Iraq in 2003. This kind of remodeling of reality cannot be confused with news. It is a form of servility crafted to credit every official, but unfounded interpretation of serious issues that appear in the news.

The ultimate irony appears when The Times boldly pats itself on the back about its achievement in procuring the 2,000-page document: “The Times obtained the materials after suing the Bureau of Prisons, which had repeatedly rejected its public-records requests.” But why go to so much trouble to obtain a crucial document if it is just to avoid investigating the troubling reality it may be hiding?

Following its self-congratulations, The Times journalists matter-of-factly note, without comment or suspicion, this interesting fact: “Many of the documents were heavily redacted; some were withheld entirely, including a number of records associated with the earlier suicide attempt.” What clearer indication could there be that unrevealed secrets exist that could lead to other conclusions?

Fifty-eight years after the Warren Report, whose shaky and widely contradicted conclusions are still promoted by most of the respectable media, the Biden administration has perpetuated the tradition of hiding from the public significant portions of evidence. Hyperreality will always be embarrassed by the vestiges of reality that refuse to enter into conformity with the substitute version of reality that those who identify with “official truth” feel professionally obliged to defend.

NB The mysterious “inmate” The Times cited has apparently revealed himself in a Daily Beast article. His testimony is interesting hearsay. He “believes” Jeffrey Epstein committed suicide. That is an element to consider but does not close the book. Interestingly, The Times did not even seek to identify the person but used the testimony to support its pre-ordained conclusion.