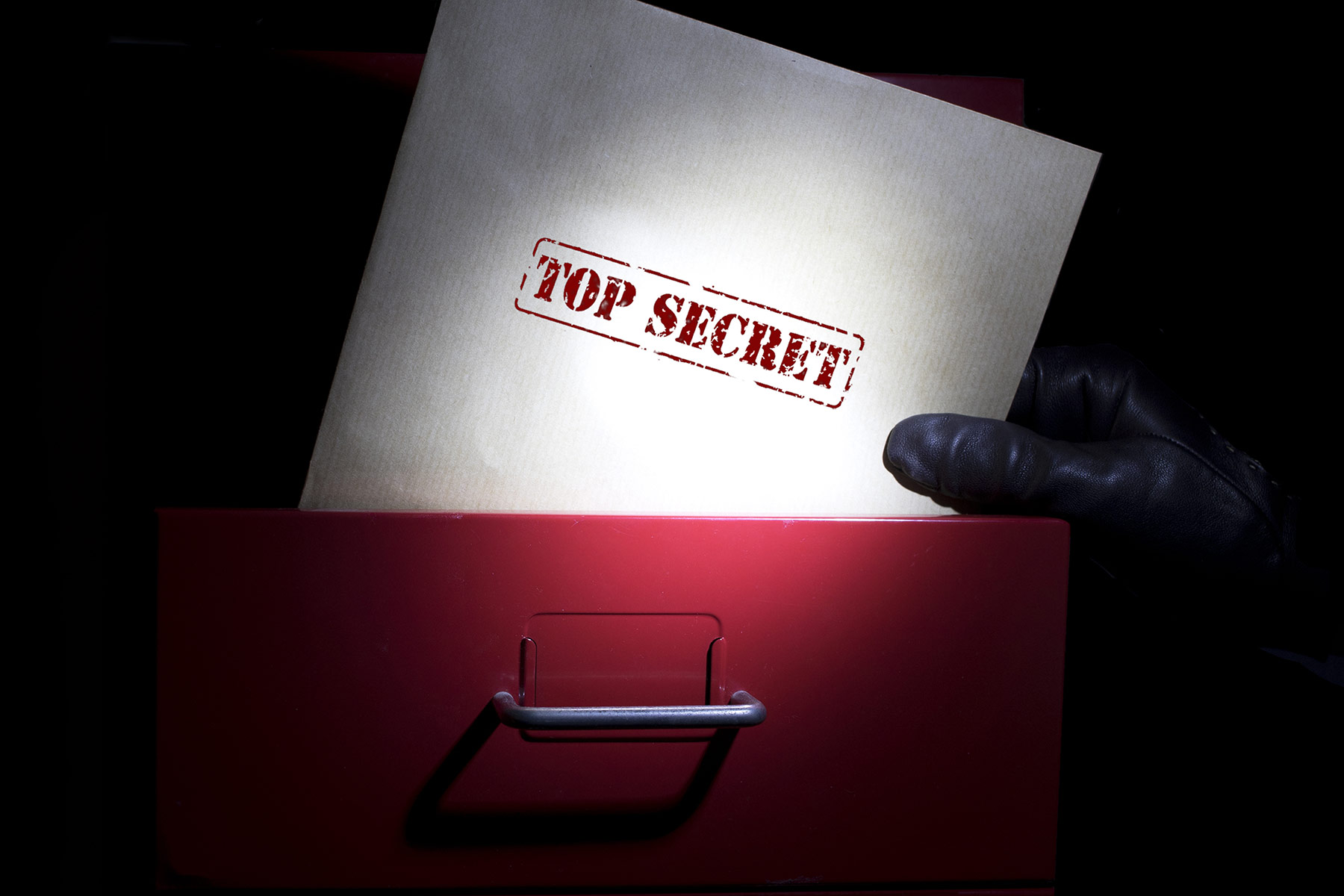 Last week in this column we highlighted the fact that the mysterious phenomenon known as the Havana syndrome has become a regular feature of respectable media in the US. The variable set of reported symptoms, ranging from noises and headaches to alleged brain damage, has confirmed its status as a major source of fear and anxiety in the US at a historical moment in which, for once, there are no visible, active wars against an evil enemy to fill front pages.

Instead of a sense of relief, the withdrawal from Afghanistan has produced a disorienting vacuum. The September 11 attacks proved that the secret to unifying the nation is not just fear, but following up with the virtuous resolution to use excessive force against the evil forces that have come to the fore. There are still multiple military operations across Africa and in the Middle East every day that the media could report. But these aggressive initiatives against ill-defined groups of people fail to live up to the criteria that make a fear-inspiring story worthy to print. Stories of rebel groups in random African countries, even when identified as jihadist, simply don’t meet the fearmongering standards of modern journalism.

The Havana syndrome conveniently fills a serious gap in the news cycle. But because no one has a clue as to what it consists of, where it comes from or even whether it is a thing, news outlets have been challenged in their continual effort to turn it into a compelling story. Fortunately, The New York Times and The Washington Post have risen to the challenge.

With no new case of a dramatic attack by an invisible enemy to report in the past week, the newspapers of record offer us a story with a different twist. Instead of health issues or revelations about the mystery itself, this story points toward institutional intrigue.

Julian E. Barnes and Lara Jakes at The New York Times report on the dramatic dismissal of the CIA’s top officer in Vienna. According to The Times, “agency leaders concluded he failed to take adequate steps to address a series of mysterious health episodes in Austria in which intelligence officers and diplomats fell ill with symptoms similar to Havana syndrome.” John Hudson and Shane Harris at The Washington Post note the strategic implications of this move: “The sidelining of the station chief in one of the largest and most prestigious CIA posts is expected to send a message that top agency leaders must take seriously any reports of ‘Havana Syndrome.’”

The story goes beyond the simple dismissal of a CIA officer. Reading between the lines, it reveals a drama both The Times and The Post have attempted to hide from view by treating it as something of a coincidence and refusing to connect the dots. The two papers report that simultaneously with the sidelining of the CIA officer in Vienna, the head of the State Department’s task force on the Havana syndrome was forced — or rather (apparently) encouraged — to resign. “The ouster of the Vienna station chief,” The Times reports, “came as Pamela Spratlen stepped down this week as head of the State Department’s task force studying the episodes.”

What ties these two events together? An astute reader may notice that Spratlen’s crime was identical to that of the CIA officer: skepticism. “Victims’ groups said Ms. Spratlen viewed the health incidents skeptically,” The Times reports. When, in the coming weeks, both personalities will be effectively replaced — one in Vienna and the other in Washington — we can reasonably assume that skepticism will be absent from their intellectual profile. Anyone guilty of that crime will understand the risk of being immediately canceled.

As usual, The Times article helpfully reminds readers that, concerning the syndrome itself, besides the fear factor, there is nothing to report. “The Biden administration,” it informs us, “has so far been unable to conclude what is causing the unexplained health incidents.” Then there’s this important piece of non-news: “The State Department did not make Ms. Spratlen available for comment and declined to comment on the criticism of her.” No identified cause, no designated agent, no consistency in the symptoms themselves. Add to all that the silence of the State Department and the story is clearly not about the Havana syndrome but about a struggle between opposing forces inside the government.

One day the entire history of the Havana syndrome will be summed up in a full-length book, probably in conjunction with UFOs, cancel culture, the role of the deep state and even other less contemporary themes, such as the McCarthyist communist witch hunt in the 1950s. It will undoubtedly include several dimensions that today’s newspapers are willing to evoke but not explain. It will reveal certain continuities that began with the original Cold War and are now playing out in the newly emerging Cold War 2.0 that traces its origins to Donald Trump’s election in 2016 and Russiagate.

The Havana syndrome is already five years old, which means that even as it continues to develop in the coming years, it already qualifies as being more than simply an isolated moment in history. The Daily Devil’s Dictionary has been following the story these past few years, with articles that examine various features of the phenomenon here, here, here, here and here. We continue counting on The New York Times and other outlets to keep it churning over until either the mystery is solved or simply runs out of fuel.

The Times traces the basic facts as they appear today: “Well over 200 American officials have been injured in the health incidents since 2016, roughly half of them C.I.A. officers traveling overseas.” It claims that the numbers have been rising and that has had the effect of “increasing the pressure on the Biden administration to make conclusions about what is causing the illnesses and whether an adversarial intelligence service is responsible.”

Whenever there is a “pressure … to make conclusions” within the government, the public can be reasonably certain that some premature conclusion will be reached, with inevitable consequences for the future. Everyone remembers the pressure exerted by the Bush administration to conclude that Iraq’s Saddam Hussein possessed weapons of mass destruction and the chaos that ensued. CBS News describes the content of a recent conference call initiated by Secretary of State Antony Blinken that led to Pamela Spratlen’s resignation. “Diplomats who took part in the call described the conversation — in which Spratlen and [Brian] McKeon also participated — as ‘tense,’ and one called parts of it ‘offensive,’ criticizing what the person said seemed to be an entrenched disbelief among officials of victims’ symptoms,” CBS reports.

CBS News mentions that the name Havana syndrome, still preferred by the media, has been officially changed to “anomalous health incidents.” This change of name alone may have infuriated some of the victims, who prefer to think of themselves as targets of a malicious attack than mere individuals suffering from an unknown disease, or worse, an effect of mass hysteria. The news media have serious reasons to keep alive the idea of political intent rather than treating it as a medical curiosity.

Echoing the latest official narrative CBS reports that “current and former officials suspect symptoms may be the result of attempted surveillance by foreign intelligence services using microwave technologies to collect information.” Translated into non-diplomatic English, this clearly indicates that the current scientific hypothesis holds that, rather than the previously bandied idea of a directed attack, the symptoms may simply be due to exposure to a new generation of surveillance technology. What nobody dares to admit is that this includes another possible hypothesis: that the surveillance technology American officials are exposed to may be the government’s own technology used for the protection of its own premises.

Some elements of the story seem to point in that direction. The failure to move forward even in identifying the type of technology capable of producing these effects could simply be the reluctance to reveal the kind of technology the US has developed.

*[In the age of Oscar Wilde and Mark Twain, another American wit, the journalist Ambrose Bierce, produced a series of satirical definitions of commonly used terms, throwing light on their hidden meanings in real discourse. Bierce eventually collected and published them as a book, The Devil’s Dictionary, in 1911. We have shamelessly appropriated his title in the interest of continuing his wholesome pedagogical effort to enlighten generations of readers of the news. Read more of The Daily Devil’s Dictionary on Fair Observer. Editor’s note: An earlier version of this article incorrectly quoted CBS News as referring to the Havana syndrome as “anonymous health incidents.”]