Some followers of technology news may remember the year 2018 when the media occasionally featured embarrassing headlines about Elon Musk, a small-time billionaire at that point of his history, weighing in at around a paltry $20 billion. Musk managed to get himself into trouble on more than one occasion in high-profile cases that smelled of serious scandal.

In July 2018, Musk’s improvised tweets landed him in hot water with the US Securities and Exchange Commission (SEC) for suspected manipulation of Tesla’s stock price. It may have been merely an inadvertent consequence of his narcissism, a fact that some consider worse than intentional manipulation. In any case, it sparked debate about Musk himself, the hyperreal volatility of the stock market, the mystery of international finance (in this case Saudi money) and of course the enigma of the “true value” of Tesla. “Musk’s misleading tweets caused Tesla’s stock price to jump by over six percent on August 7, and led to significant market disruption,” reads a statement by the SEC.

In an unrelated story from the same year, Musk was the object of a high-profile lawsuit leveled by the British cave rescuer, David Unsworth, whom Musk gratuitously insulted in another of his tweets, calling him a pedophile. This tweet was provoked by the arrogance of Unsworth to criticize Musk’s hare-brained plan to build a mini-submarine and send it to rescue a group of children trapped in the rising waters of an underwater cave.

Since 2018, Musk has earned a permanent place in everyone’s headlines, often thanks to the forward-looking projects he is known for, but more recently for another reason. Thanks to the irrational nature of the stock market and the mad rush in recent months on Tesla’s shares, Musk has catapulted to the rank of the richest person in the world, or at least as an equal in a tag-team, partnered with Amazon’s Jeff Bezos, of people so rich the idea of personal wealth no longer makes any sense.

One person who has occasionally made the headlines, not for his vainglorious tweets but for his acumen and prescience, is Michael Burry. Burry is that odd character, the maverick in the world of finance, who understood and anticipated the subprime crash in 2007-08 rather than succumbing to the great illusion his peers promoted. That distinction — and the money it earned him — provided Burry with the honor of being celebrated as the main character in Michael Lewis’ book, “The Big Short,” and then being played by no less an actor than Christian Bale in the wonderful movie based on Lewis’ book.

Burry is back in the Business Insider headlines with some sobering comments on Tesla and implicitly Musk himself. As the financial world is aghast in admiration at the spectacular gains of Tesla’s stock price — now flirting with $800 — and Musk overtaking Bezos in January as world number 1, Burry sees the Tesla phenomenon as an unorthodox bubble. The article quotes Burry saying, “If Tesla stock plummets 90% this year, it would put a stop to cult-like support of certain companies without endangering the financial system.”

The quality ambitious hyperreal personalities hope the public will attribute first to their ventures and then to themselves, as hyperreal superheroes charged with guiding humanity to a higher level of existence

Business Insider reminds its readers that Burry’s comments are a whim to make headlines. He “has been skeptical of Tesla since at least last fall, when he began tweeting about the automaker’s limited profitability, reliance on sales of regulatory credits, and sky-high valuation relative to its industry peers.” The financial guru also played a role in the GameStop drama that dominated headlines earlier this month. He “laid the groundwork for the recent GameStop short-squeeze when he invested in the video-game retailer in 2019.”

Musk is undoubtedly the greatest incarnation of scientific, financial and, ultimately, political hyperreality. He cannot be directly political because his role consists of exemplifying in the most dramatic fashion the “American dream.” Politicians need to point to the “dream” to make people believe in the merits of the system that has produced Musk.

The Tesla founder exists and promotes himself as a kind of brilliant illusion, a narcissistic figment of other people’s cultural marketing. Musk doesn’t need to market himself. He just needs to be. The common people need him to buttress their belief in a moral system that says success, celebrity, wealth, technological progress and assertive self-indulgence are the pillars on which civilization is built.

Earlier this week, CNBC’s Andrew Ross Sorkin cited the rumor launched by Musk himself that Bill Gates has been shorting Tesla. Sorkin tried to get Gates to confess. Gates dodged the question by saying, “I don’t talk about my investments.” A minute earlier, he had been talking to Sorkin about his investments in green enterprises. Playing the innocent, Gates added this remark: “We need more Elon Musks.”

That’s how hyperreality works. It tells you there is no contradiction when what you’ve just heard is the opposite of what you are expected to believe. It also tells you that anyone who reaches a certain level of wealth or celebrity is “needed.” As Anand Giridharadas has so thoroughly explained, people who make a lot of money and then do philanthropy deserve two things: to be uncritically believed and to be emulated. They understand better than we do our own needs. That is why we need more Elon Musks. The rest of humanity “needs” hyperreal superheroes. Though Gates personally lacks the aura and superficial narcissism, he clearly thinks of himself as a superhero like Musk, charged with the task of guiding the rest of humanity into the future.

This week, Musk has again been accused of market manipulation, this time related to bitcoin. “Nouriel Roubini said Elon Musk’s tweet about bitcoin ahead of Tesla’s investment in the cryptocurrency is a form of ‘market manipulation’ and the SEC should investigate,” Business Insider reports. What Roubini, an economist, really means is that what hyperreal superheroes say or do is intended to distort reality. Roubini appears to believe that reality still has a chance of competing with hyperreality. Most headlines today prove him wrong.

Michael Burry has earned his place in history as an acute observer of the behavior of players in the casino called the stock market. His wisdom should not be discounted. He now believes that the phenomena of Tesla and GameStop have enough shock value to mark a paradigm change in the behaviors associated with stock markets. He claims that if the stock market ends up exposing Tesla as a bubble, “it would trigger the end of an era for a certain type of investing.” He is convinced that Wall Street culture has come close to a tipping point: “Markets have now bubbled over in a dangerous way.”

If, following the GameStop saga, Tesla’s stock drops as dramatically as analysts think possible, will people really learn from it in the way Burry expects or hopes? History tells us that crashes rarely turn into teaching moments. But Burry understands hyperreality. He probably imagines that if historical change takes place, it will be more about how the media presents the narrative than anything in the real economy or the stock market itself. When the public learns that Elon Musk is only worth $20 billion again and Jeff Bezos stands alone in the ring, the shock will transform the media’s reporting from hyperreal to surreal.

Americans are generally as disillusioned with their economy as they are with their political system. They increasingly realize that not only does it not care too much about them, but it asks them to care about its superheroes. The dissonance is growing. People really do want to believe in superheroes. They have been taught that superheroes are the core of the system, the ones who radiate the prosperity we all share in. But fewer and fewer people believe that the sharing is real. 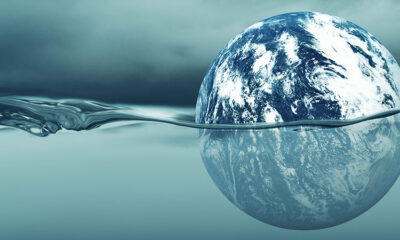 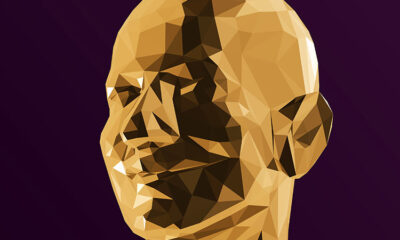