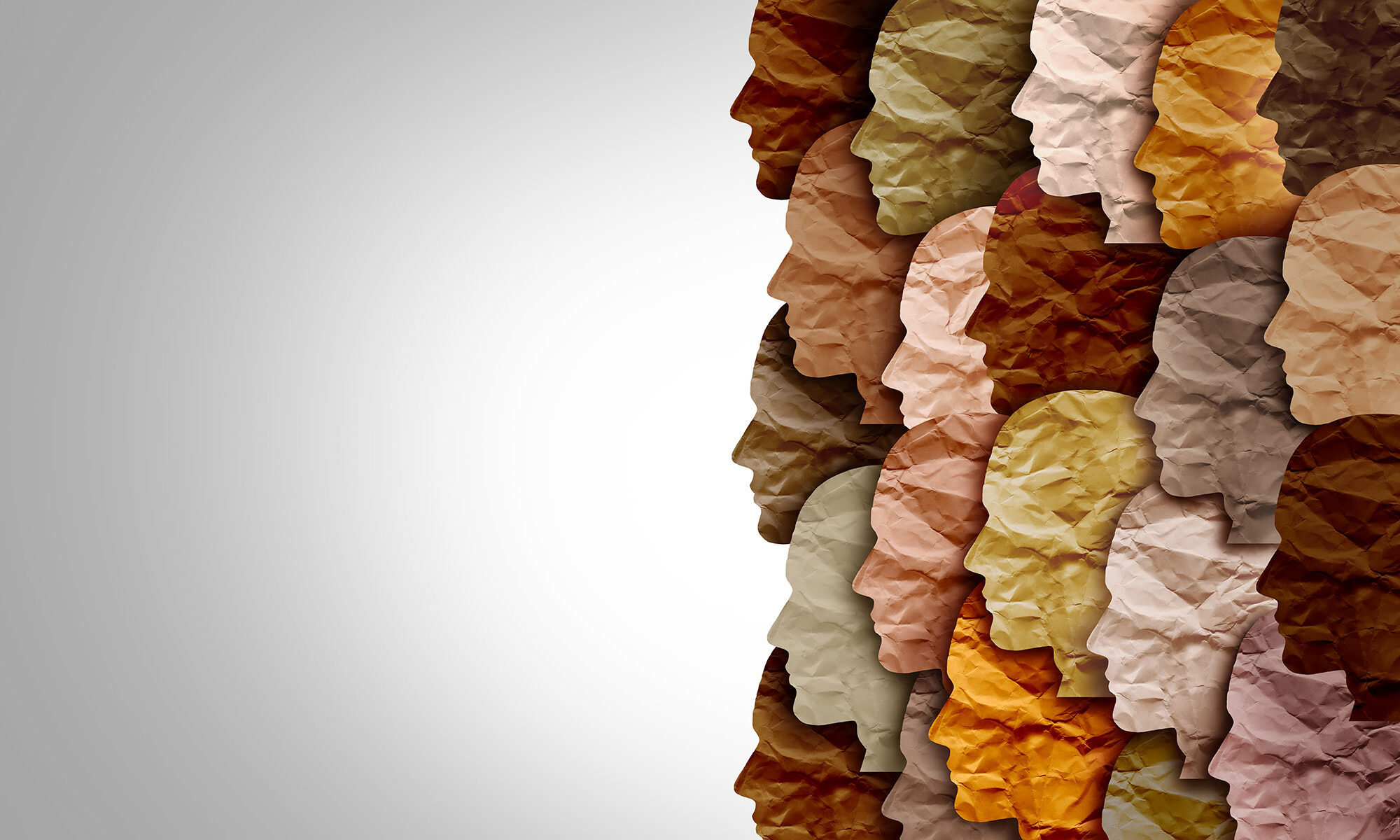 Since October 2017, we have featured The Daily Devil’s Dictionary that appeared five times a week. In 2022, it will appear on a weekly basis on Wednesdays. We will shortly be announcing a new collaborative feature that extends our approach to deconstructing the language of the media.

Besides the Eiffel Tower and foie gras, France is known for having produced an intellectual class that, over the centuries, from Diderot’s Encylopédie to Derrida’s critical theory, has successfully exported its products to the rest of the world.

France’s intellectual history demonstrates that alongside traditional social classes, a nation may cultivate something called the intellectual class, a loose network of people who collectively produce ideas about society that are no longer restricted to the traditional categories of philosophy, science and literature. Prominent intellectuals merge all three in their quest to interpret the complexity of the world and human history.

French intellectuals are perceived as floating freely in the media landscape. American intellectuals, in contrast, tend to be tethered to universities or think tanks. They publish and sometimes appear in the media, but with a serious disadvantage, having to compete in shaping public discourse with far more influential media personalities such as Joe Rogan, Jordan Peterson or even Tucker Carlson.

A stale historical cliché compares Europe with ancient Greece and the US with the Roman Empire. Rome and the US both produced a vibrant and distinct popular culture, with a taste for gaudy spectacle and superficial entertainment. But in Roman times, plebeian culture co-existed with a patrician culture cultivated by Rome’s ruling class. Modern democracy roundly rejects the very idea of a ruling class. Commercialism has turned out to be the great equalizer. Everyone in America is expected to share the same culture of movies, TV and popular music. The same applies to popular ideas, whether political, scientific or economic.

Amy Wax is a law professor at the University of Pennsylvania who is not shy about expressing her ideas, notably her updated version of class differences. She is convinced that what she calls “bourgeois culture” replaced Rome’s patrician culture in the US but is in danger of extinction. Wax believes everyone in the US, including recent immigrants, should share that culture. Anyone who resists should be excluded. She also thinks that race and ethnicity are reliable indicators of the capacity of immigrants to conform.

As a young woman, Wax paced the halls and absorbed the wisdom spouted in lectures at Yale, Oxford, Harvard and Columbia University. Along the way, she amassed the kind of elite educational experience that identifies her as a distinguished exemplar of the modern intellectual class. With such impeccable credentials, it is fair to assume that she is not only well-informed but has learned the fine art of responsible thinking, a quality the media attributes to such luminaries.

So could it have come about that such a distinguished thinker and ranking member of the intellectual class should now be accused of sharing the kind of white supremacist attitude Hillary Clinton (Wellesley, Yale) famously attributed to the “basket of deplorables”? The intellectual class in the US uniformly and loudly rejects all forms of racism. If Wax expresses ideas that echo racist theses, it would indicate that she is betraying her own intellectual class. Appropriately, her university acknowledged her betrayal when it condemned her “xenophobic and white supremacist” discourse.

In a podcast in late December, Wax went beyond her previously expressed belief that the US would “be better off with more whites and fewer nonwhites.” On that earlier occasion, she specifically targeted blacks, whom she categorizes as intellectually inferior. This time, she took aim at Asians, whose reputation for academic excellence and scientific achievement most people admire. She justified her attack in these terms: “As long as most Asians support Democrats and help to advance their positions, I think the United States is better off with fewer Asians and less Asian immigration.”

When the host of the podcast, Professor Glenn Loury, questioned her logic, she evoked “the danger of the dominance of an Asian elite in this country” who may “change the culture.” Wax’s fear of domination by a foreign race and her defense of white civilization could hardly convince Loury, who is black. Loury countered that the Asians Wax wants to exclude are “creating value” and “enlivening the society.”

“How do we lose from that?” he asks. In response, Wax offered her own rhetorical question: “Does the spirit of liberty beat in their breast?”

Wax offered her own definition of the spirit of liberty, which she identified as the virtue associated with “people who are mistrustful of centralized concentrations of authority who have a kind of ‘don’t tread on me’ attitude, who are focused … on our freedoms, on our liberties, on sort of small- scale personal responsibility who are non-conformist in good ways.”

Apart from the fact that Wax is attributing a cultural attitude to “Asians” (more than half of humanity), her idea of liberty reflects feelings associated with aggressive, nationalistic historical memes (for example, “don’t tread on me”) rather than the kind of political concept we might expect from a serious intellectual. In his 1859 essay “On Liberty,” John Stuart Mill defined it as the “protection against the tyranny of political rulers,” analyzing it in terms of the individual’s relationship with authority, not as a “spirit” or attitude. But Mill was English and, unlike Americans, the English are disinclined to celebrate attitude.

Wax, who is Jewish, paradoxically complained that Jews “have a lot to answer for … numerically through their predominance.” She derides their “susceptibility to the idealistic, pie-in-the-sky socialist ideas.” When Loury accuses her of appealing to a stereotype, she objects that there’s nothing wrong with stereotyping when it is used correctly.” Just as Wax approves of non-conformity “in good ways” she condones “correct” stereotyping. She believes herself to be the arbiter of what’s good and correct.

Wax shares with Fox News host Tucker Carlson a sense of legitimate domination of what she calls “the tradition of the legacy population,” identified as the traditional white Anglo-Saxon Protestant (WASP) majority. Wax aligns with cultural nationalists like Samuel Huntington, whose book “Who Are We: America’s Great Debate?” — following his famous “The Clash of Civilizations: And the Remaking of the World Order” — preached for the reaffirmation of the political and moral values transmitted by the WASP founders of American culture 400 years ago.

The Weatherhead Center for International Affairs of Harvard University sums up the components of the Puritans’ culture: “the English language, Protestant values, individualism, religious commitment, and respect for law.” The culture’s admirers routinely forget that their respect for law might mean disrespecting the law of the indigenous populations of the land they chose to occupy. Enforcing that respect sometimes translated as genocidal campaigns conducted in the name of that law. It also embraced slavery based on racial criteria.

Wax’s up-to-date WASP culture, which she prefers to call “bourgeois culture,” no longer requires genocide or slavery to prevail. Her defense of a largely imaginary legacy culture has nevertheless led her to embrace a racist view of humanity. While decrying the multicultural “wokism” that she believes now dominates academic culture, she appears to believe 19th-century France rather than the Yankee Revolution sets the standard to live up to.

Wax is right to lament the very real breakdown in America’s intellectual culture. The trendy woke moralizing so prevalent in American academia deserves the criticism she levels at it. Both her attitude and that of woke scholars derive from the same puritanical tradition that insists on imposing its understanding of morality on everyone else.

Wax’s choice of “bourgeois culture” as the desirable alternative to wokism seems curious. Bourgeois culture is identified with the mores of a dominating urban upper-middle class that emerged in 19th century France that projected the image of a vulgar version of the aristocracy. It produced a culture specific to France, very different from the democratic culture of the United States at the time.

This highlights another difference. Whereas the French intellectual class, even when indulging in its traditional disputes, tends to agree on the meaning of the terms it fabricates, American intellectuals routinely bandy about terms they never seek to define or understand and use them to punish their enemies. That is what Wax has done with bourgeois culture and, in so doing, she has declared multiple races and ethnicities her enemies.

*[In the age of Oscar Wilde and Mark Twain, another American wit, the journalist Ambrose Bierce, produced a series of satirical definitions of commonly used terms, throwing light on their hidden meanings in real discourse. Bierce eventually collected and published them as a book, The Devil’s Dictionary, in 1911. We have shamelessly appropriated his title in the interest of continuing his wholesome pedagogical effort to enlighten generations of readers of the news. Read more of The Fair Observer Devil’s Dictionary. After four years of daily appearances, Fair Observer’s Daily Devil’s Dictionary moves to a weekly format.] 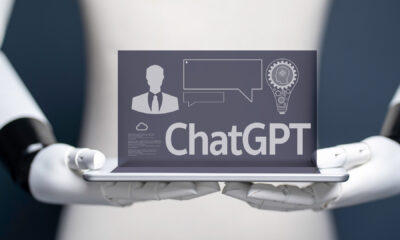 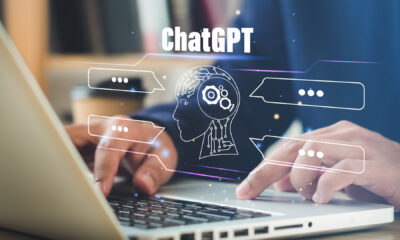