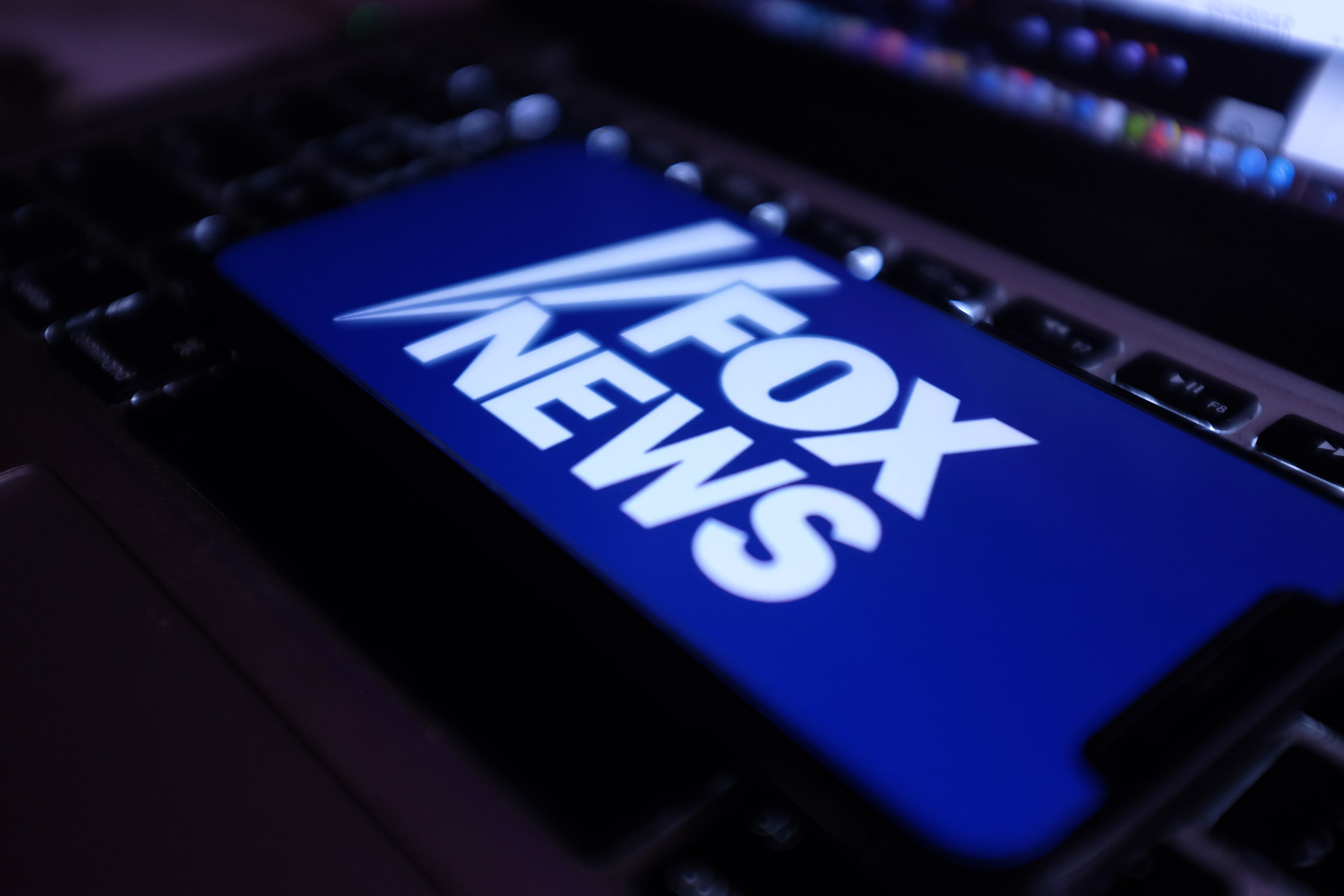 In the US media landscape, conservative Fox News commentator Tucker Carlson has become the single most popular voice disseminating political opinion on American cable television. His personal opinions often deviate from even the distorted norms of Fox News, an outlet that has always functioned as the propaganda arm for the Republican Party. In recent years, Carlson has dared to take positions that deviate from the reigning militarism of both political parties in the US. He has pertinently critiqued the aggressive military policy that both Republicans and Democrats consistently support.

It’s Time to Revise the American Concept of Time

Carlson’s success depends on his studied ability to sound like an ordinary person with strong opinions, who is nevertheless sincerely seeking to understand the issues, while at the same time daring to affirm his sometimes unorthodox core beliefs. The look on his face as he interviews people has always been an important element of his image. He always appears to be intently listening to the people he interviews and processing what they say as if it was all new to him.

Carlson’s reactions always appear spontaneous and sincere. Most television pundits seek to adopt a pose indicating to the viewer how knowledgeable they are, having studied and reflected profoundly on the topics being discussed. They project the idea that their interviews serve to clarify what they already know rather than discover something new. Often they seek to reveal what the interviewee may be trying to hide.

Carlson appears interested in what his interviewees can teach him. His audience sees him as an inquiring everyman, far more articulate than they themselves can be. Because he reflects their conservative values, he can help them to structure their opinions, including their tribal loyalties and prejudices. He speaks not from superior knowledge but from deeper feelings, which he dares to express.

This superficially moral positioning allows him to appear as his audience’s “voice of concern.” Because the starting position is that of a patriotic conservative, he can criticize authority when he feels its policies betray the nation’s established values. But it also permits him to uncritically formulate the most widespread tribal biases and present them as deep cultural truth. For his public, he stands as the courageous defender of the nation’s inherited values. That opens the door to a racist position apparently devoid of racist instincts. Tucker Carlson has thus become the valiant champion of anti-racist racism.

In recent years, he has taken on the standard Republican cause of seeking ways to disenfranchise minorities in the interest of reserving political power for the category of people — essentially white, European Christians — he credits with having founded the nation and provided it with a moral mission. He is not opposed to minorities, so long as they renounce their own collective identity and fully and submissively identify with the white nation’s moral mission. This has led him to become the champion of the conspiracy theory known as “the great replacement,” a theory that it insists has become the Democratic Party’s “policy.”

Carlson made a detailed presentation of his case in his show last week. “In political terms,” he asserted, “this policy is called ‘the great replacement,’ the replacement of legacy Americans with more obedient people from far-away countries.”

This diatribe provoked a reaction from a wide variety of commentators. In a long, informal interview the following day with former Fox News anchor Megyn Kelly, Carlson expands on his ideas concerning racial identity and its impact on politics. He regrets what he calls policies that “encourage people to think of themselves as members of the tribe.” Of course, it doesn’t occur to him that he himself may be acting like a member of a tribe.

His reasoning turns around the idea of an established order. Because in a multiracial society there may be more than one tribe, he openly — and very sincerely — worries that if one select tribe is not allowed to dominate, chaos will follow. He affirms that this is not about race. Instead, “there’s a much bigger problem, which is national cohesion.” He predicts — and here he is probably close to a historical truth, but not for the reasons he cites — that the US is tending toward Balkanization.

Carlson is on stronger ground when he mocks the idea his opponents like to put forward that immigration, by increasing diversity, will make the US a more democratic country. There is of course no direct relationship between diversity and the nature of a political system. Randomly mixing diverse cultures has nothing to with the idea of democracy as a system of government. Democracy can exist in both homogeneous and heterogeneous societies. Democrats are clearly wrong to say that racial diversity is in itself a necessary characteristic of democracy.

Carlson resurrects a clip in which Joe Biden, as vice-president under the Obama administration, invoked the existence throughout US history of “an unrelenting stream of immigration.” Carlson then presumes to understand the current president’s intentions as he explains that Biden’s intention is “to change the racial mix of the country … to reduce the political power of people whose ancestors lived here, and dramatically increase the proportion of Americans newly arrived from the Third World … This is the language of eugenics, it’s horrifying.”

Carlson clearly has no idea of what eugenics is (selective breeding). But he is right to think that the random mixing of cultures can be a source of confusion. This is especially true in the United States, which has never really functioned as a democracy. Ever since its founding, its leaders have always preferred a structure of government that tends toward oligarchy. The key to wrenching power away from the oligarchs will never come from immigration or even the natural trends of demographics, but rather from the ability of people dedicated to democratic representation to challenge the moneyed interests that form the hidden but well-structured oligarchy.

On the whole, Carlson is correct in his criticism of the Democrats, who for decades have been building their electoral strategies — but not their social outlook — around the statistical advantage they have traditionally had with minority populations. Carlson characterizes the Democrats’ emphasis on expanding minority representation as anti-democratic. On that score, he’s wrong. The Democratic Party’s approach is cynical and opportunistically calculating, not anti-democratic. But even its cynicism cannot justify the patent Republican strategy of systemically preventing minorities from voting. That, in contrast, is brazenly anti-democratic.

Tucker Carlson’s choice of the term “legacy Americans” reveals the real flaw in his system of thought and the clearest indicator that what he is preaching is nothing other than white supremacy. He cleverly uses the term “legacy” to hide, especially from himself, its racist meaning. He knows that he cannot use the term “Native Americans” for obvious reasons, one of which — beyond the fact that it designates a non-white population — is that it also calls attention to the proclivity toward genocide of the very group of people he sees as the legitimate participants in US democracy.

Carlson chooses the term “legacy Americans” — which he defines as “people whose ancestors lived here” — because he needs to distinguish on non-racial grounds the privileged group he believes has the right to govern. The term allows him to avoid admitting that these people are exclusively of European heritage. He criticizes President Joe Biden for seeing diversity as the “source of our strength.” He twists this into claiming that Biden believes “the source of our strength is non-white DNA.” Immediately after that, Carlson proudly claims to be “colorblind.” But he is the one who mentions non-white DNA as the “source.” In other words, his reading of the question is directly racist.

Carlson is sincere when he asserts his belief that he is “colorblind” and that the country he grew up in “tried to be colorblind.” He even admits it didn’t always succeed. He claims all people are created “equal in moral value.” But his choice of the word “legacy” tells a different story. According to Merriam-Webster, legacy means “something (such as property or money) that is received from someone who has died.” For Carlson, being colorblind means adhering to the idea that a certain category of people with money to transmit to the next generation should be empowered to rule in US democracy.

A Divided America with Liberty and Justice for None