Deutsche Bank looms over vast swaths of the European economy as a financial powerhouse. It carries a reputation, even among its German customers, of being the schoolyard bully in the nation’s prestigious banking industry.

The New York Times, in an article by Matthew Goldstein, has identified the looming financial giant of Frankfurt as the latest actor to emerge in what The Daily Devil’s Dictionary has already referred to as the “Tragedy of Jeffrey Epstein.” As the attentive public is already aware, the eponymous hero of the five-act play met his fate in Act III, in a prison cell in New York last summer. It marked a hyper-dramatic moment of suspense whose ambiguity continues to hover in the audience’s mind. Was it suicide, as the media persist in calling it, or murder?

What Will Ghislaine Maxwell’s Arrest Reveal?

The final acts of the play that will unfold in the coming months opened with blaring trumpets a week ago when the arrest of Epstein’s female alter ego, Ghislaine Maxwell, was confirmed. In the previous acts, she had made her appearance in the background as the scheming daughter of Robert Maxwell, an emperor (of the press), whose death by water in 1991 shares the same ambiguity in the public record as Epstein’s. No one knows whether Captain Bob’s fall overboard from his yacht was suicide or murder.

Now, as the world eagerly awaits what promises to be the thrillingly dramatic trial scene of the socialite daughter, Deutsche Bank has appeared on the stage as the main character in what amounts to a low-keyed Scene ii of Act IV. The other actor in this scene was New York’s Department of Financial Services, who persuaded the villainous bank to surrender $150 million as reparation for “significant compliance failures.”

The Times article sums up Deutsche Bank’s sins: “Instead of performing appropriate due diligence on Mr. Epstein and the activity in his accounts, regulators wrote, the bank was focused on his potential to ‘generate millions of dollars of revenue as well as leads for other lucrative clients.’”

The effort engaged by financially savvy people to evaluate the chances of a project to make a lot of money with a minimum of risk, including assessing the chances of escaping the consequences of any of the illegal or immoral means required to do so

The word “diligence” came into English from Latin after migrating through French. The Latin verb, diligo, means “to love, to esteem, to prize.” The idea of diligence originally designated an act of love. In the phrase “due diligence,” it has become transformed into the notion of a duty or a required chore. Nevertheless, in one very real sense, the idea retains its link with Latin. It is about the love of money, which St. Paul — a Roman citizen who wrote in Greek in the first century AD — famously called “the root of all evil” (1 Timothy 6:10).

Deutsche Bank was thus honoring its roots when it did its due diligence on Epstein, guided by its love of money. With the expected future testimony of Maxwell, other famous and powerful accomplices — both persons and institutions — will be identified. Deutsche Bank is a major pre-trial catch. Up to now, the focus of the Epstein drama has been primarily on his nauseatingly outrageous pedophilia. Now, the true theme of the drama is beginning to emerge: how money, power, fame as well as sex (and even science) can combine to define not just the interconnected preoccupations of some members of our modern elite, but of a lifestyle that most members of the elite appear to consider normal.

Unlike Epstein, Harvey Weinstein or their apparently less criminal but equally flamboyant cohorts — such as Elon Musk, Kanye West, Bill Clinton, Donald Trump and, of course, one of the principal roles in the Epstein tragedy, Prince Andrew — Deutsche Bank is a serious institution, which means its actions were focused on the only thing that counts: the flow of money. Because Epstein had plenty of it and was skilled at moving it around, the bank and the abuser made an ideal pair.

Deutsche Bank is a very professional organization that has always obsessively focused on what counts: the lucre it handles. Like any obsession, it has the power to lead a person or even a powerful institution astray. In the bank’s case, this has happened frequently and in multiple ways. For decades — and at an accelerating pace — it has had multiple opportunities to express its deeply felt regret for its obsessive “mistakes,” accompanied by the repeated promise to learn from each lesson and never to repeat the same behavior. Given the repetitive pattern, such apologies should be interpreted as the bank’s firm resolution never to repeat the same behavior in precisely the same circumstances. You never know what decisions they might make when the context changes.

In 1998, Deutsche Bank also famously regretted, decades after the fact, some of its shadier actions in support of the Nazi regime in the 1930s and through World War II. Dealing with Adolf Hitler was normal. But some of the massive amounts of Nazi gold the bank trafficked during the war had its source in the “teeth, wedding bands and personal jewelry” of Holocaust victims. While half a century later the Deutsche Bank’s executives suggested that its governors at the time may not have been aware of the origin of the gold, to restore its reputation it made a public statement that it “fully acknowledges its moral and ethical responsibility for the darkest chapter of its history.”

The regulator’s report gives some new insight into Deutsche Bank’s current sense of moral and ethical responsibility: “From the time of Mr. Epstein’s onboarding, the relationship was classified by Deutsche Bank as ‘high-risk’ and therefore subject to enhanced due diligence.” In reality, the report mentions, “no due diligence report was run on Mr. Epstein.”

That doesn’t sound like a mere oversight. After accepting the settlement, The Times reports, the bank “acknowledged that it had erred in taking Mr. Epstein on as a client and that its processes had been weak” before protesting, with an air of solemn sincerity: “Our reputation is our most valuable asset and we deeply regret our association with Epstein.” Who wouldn’t regret being fined $150 million, even if the sum is a paltry punishment for such a powerful bank?

Does the lady protest too much? It doesn’t stop there. Deutsche Bank continued to regret and promised to do better: “We acknowledge our error of onboarding Epstein in 2013 and the weaknesses in our processes. We have learnt from our mistakes and deeply regret our association with Epstein.”

The chief executive himself, Christian Sewing, called the whole thing a “critical mistake and should never have happened.” But the same report describes the “critical mistake” as a persistent one, which makes it resemble corporate policy more than casual neglect.

“Over the years, activities in those accounts were repeatedly questioned by Deutsche Bank employees, who were ignored by their superiors,” The Times reports. Regret can be expressed in a sentence or two. How about taking affirmative action and elevating the employees — who were doing their part in due diligence — to replace the superiors who, worse than doing nothing, apparently blocked it?

That probably won’t happen for a simple reason. The difference between “superiors” and “employees” in the banking industry is that the former — like Jeffrey Epstein himself — fully understand how money functions both as a weapon, to force others into submission, and as a shield, to ensure that one’s crimes will never be made public or, if they are, will be met with lenient punishment. That comes thanks to either a powerful network of accomplices (possibly the entire class of the world’s elite, trained to protect its own) or — as some suspect with regard to Epstein — to blackmail.

This attitude was succinctly expressed by the lawyer Alan Dershowitz, a key member of Epstein’s circle and accused of participating in his preferred activities. Speculating on Ghislaine Maxwell’s coming ordeal he advised, “So everyone should keep an open mind about Maxwell as they should about others who have been accused by Epstein’s alleged victims.” 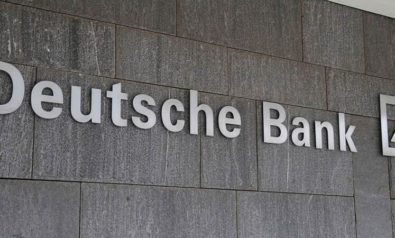 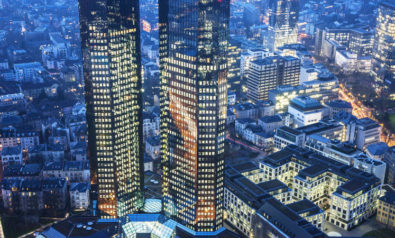 Will the Crisis of Confidence at Deutsche Bank Spread?