Global capital markets are being pressured by the travails of Deutsche Bank, one of Europe’s largest investment banks, and there is yet no clarity on when the coast will clear. The bank’s stock has plunged to all-time lows as concerns about liquidity arose for a firm considered systemically important. The fear is that the German bank could fail and spark a domino effect that would harm the global banking system. This worry is heightened as German Chancellor Angela Merkel’s administration has rejected any bail-out plan.

This week, Deutsche Bank executives are in Washington and will try to negotiate a settlement with US officials. Investors began selling off shares after The Wall Street Journal reported in mid-September—and the bank confirmed—that it faced a $14 billion fine from the US Justice Department (DOJ) for selling toxic mortgage-backed securities, a product whose quality was mischaracterized to investors and that led to the financial crisis in 2008.

While the bank is ultimately expected to pay a much smaller fine—it believes $2 billion to $3 billion is a reasonable settlement, but the final tally is expected to be somewhere in between the two figures—the company faces other litigation exposure as well. In Russia, the bank could be in trouble for “mirror trades” that allegedly hid money-laundering activities. In Italy, Deutsche Bank and other bank executives were charged with alleged financial crimes for their role in two complex financial transactions related to an Italian bank. The bank already paid a $2.5 billion to the US in 2015 and pleaded guilty for its role in manipulating the LIBOR rate.

What’s spooking the markets today is the size of the current DOJ fine, which raised liquidity fears and led some hedge funds to pull their accounts and business from Deutsche Bank, according to Bloomberg News. The exits bring up the specter of a Lehman Bros-style demise, and more departures would put pressure on Deutsche Bank’s debt-ridden balance sheet and hamper a banking business already reeling from the twin headwinds of slow economic growth in Europe and the impact of low-to-negative interest rates.

After hitting an all-time low of just under €10 per share, Deutsche Bank closed at €11.75 on October 4 with a market value of €16 billion—nearly equal to its original fine. In contrast, JPMorgan Chase’s market capitalization is about $240 billion and Citigroup is worth nearly $137 billion.

In a letter to employees, Deutsche Bank CEO John Cryan pointed out that the company has “strong fundamentals” with more than €215 billion in liquidity reserves. “This is an extremely comfortable buffer,” he wrote. “There is therefore no basis for this speculation” about insolvency. In an interview on October 3 with CNBC, JPMorgan CEO Jamie Dimon agreed. “There is no reason why Deutsche Bank shouldn’t get over its problems,” he said. “They have plenty of capital. They have plenty of liquidity.”

Wharton Adjunct Finance Professor Stephan Dieckmann, who believes the bank will ultimately pay a lower fine, says the settlement will undoubtedly bring up questions about the bank’s equity cushion. However, he points to signs that its financial position is strengthening. For one, the European Banking Authority’s stress test results released in July, which analyzed the bank’s financial health under severe adverse economic conditions, showed that Deutsche Bank has strengthened since 2014. It had an improved core capital ratio that is similar to those of other German banks.

Moreover, there are backstops in place to help the firm, such as the Bank Recapitalization Program of the European Stability Mechanism. “This allows for direct lending to banks seeking financial assistance,” Dieckmann says. A stronger Deutsche Bank will alleviate any fears of a European financial contagion. “It is also because of such instruments that I believe a meltdown of the EU financial system is less likely than it was several years ago.”

As for concerns that Deutsche Bank is facing a demise similar to Lehman Bros in the financial crisis, Wharton Finance Professor Itay Goldstein points to significant differences. “It is certainly alarming to see a big bank like Deutsche Bank run into such problems. However, there is no indication at this point that this will be as big a crisis as the one surrounding the Lehman collapse back in 2008,” he says. Goldstein also points out that the environment has changed: The global financial system is better prepared now, having learned from the interconnections that led to the financial crisis.

“Deutsche Bank is in better shape when it comes to liquidity and is not yet close to the point Lehman was in of being completely cash-starved. Second, the problems with Lehman came due to the fact that it had many complex interconnections throughout the financial system, which many did not understand until things got worse,” Goldstein says. Also, “the decision to let Lehman fall is now seen as having backfired, since it led to the big crisis. I suspect governments will now be more risk-averse before letting something like this happen and consider more the idea of helping Deutsche Bank.”

However, Goldstein says German officials might be politically hamstrung from mounting a rescue. They have a strict policy against bailouts and “were very explicit about this in issues that arose with Italian banks recently. So, it will be hard for them to change the tone now and come to the rescue of their own banks,” he says. Whatever action the German government takes, Goldstein believes one thing is clear: “It does not seem at the moment like this will become the next Lehman crisis.”

But investors remain concerned. Deutsche Bank shares trade for around a quarter of its book value, which is “unusual and a sign of investor worry,” notes Wharton Finance Professor Krista Schwarz. Some hedge funds were concerned enough that they pulled accounts and trading business from the bank—the same type of liquidity squeeze that felled Lehman.

Still, “I don’t think that this is going to be a repeat of Lehman,” Schwarz says. “Deutsche Bank is a still-solvent bank that is facing liquidity problems. People will argue for a long time to come whether Lehman was truly insolvent, but it is uncontroversial to say that Lehman was very close to the borderline of insolvency.”

According to an analysis by Bloomberg Intelligence, Deutsche Bank has around $250 billion in reserves, over half of it in cash. That is three times larger than what it had in 2007. The bank has improved its funding profile, the report said, with more stable long-term debt and equity, and retail and transaction banking deposits at 72% of its funded balance sheet as of the second quarter. In 2007, this was at 30%.

Moreover, “it is easy for the ECB [European Central Bank] to address Deutsche’s need for temporary liquidity” and “Deutsche has a sizeable amount of convertible debt that it could convert into equity, and that gives them a further cushion,” Schwarz says. Finally, she notes that the bank is “too big to fail. Despite claims to the contrary, the German government would bail them out if necessary.”

In the meantime, Wall Street is staying cautious. “The reaction on Wall Street is … always sell first and ask questions later,” said Paul Nolte, a portfolio manager at Kingsview Asset Management, on the Knowledge@Wharton show, which airs on SiriusXM’s Wharton Business Radio on Channel 111. He noted that Deutsche Bank shares have lost half their value this year and booked a loss of €7 billion last year. “This is a deeply troubled company that has gone from scandal to scandal.”

Another “Too Big to Fail” Bank

Peter Conti-Brown, Wharton professor of legal studies and business ethics, sees the bigger issue as going beyond the financial problems of Deutsche Bank. Assuming that the United States has a reasonable case against the firm to warrant the big fine, then “the bank shouldn’t be able to get away with this behavior just because it has grown so large as to jeopardize the financial system,” he says. “If we are willing to conclude otherwise, then we have given large financial institutions the equivalent of a get-out-of-jail free card—they now have an incentive to commit gross violations of the law.”

Conti-Brown adds that “the rush to worry about systemic risk is missing the bigger, more problematic aspect of this debate: Whether banks have incentives to commit criminal fraud with the assurance that the benefits for doing so will far outweigh the costs.”

William K. Black, a professor at the University of Missouri in Kansas City, shared the same view. “I don’t think it’s tenable to have these too big to prosecute entities [whose activities] lead to serial abuse where in essence they hold the global economy hostage,” he said on the Knowledge@Wharton show. “It’s sad that people can talk about massive fraud as a cost of doing business that they will … set aside [funds for] as opposed to stopping. It tells you the complete failure of deterrence.” 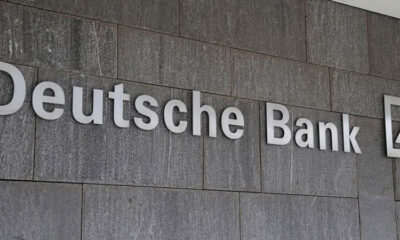