Ghislaine Maxwell’s arrest opens a new act in a drama that some may one day hail as the “Tragedy of Jeffrey Epstein.” According to Shakespearean logic, Maxwell’s arrest in this ongoing drama would mark the opening of Act IV. Like Julius Caesar, whose murder took place in Act III of the tragedy that bears his name, the focus of the play should turn away from the life of the titular hero to the network of politic actors who contributed to his death.

The audience of a tragedy, especially when the plot is based on familiar historic events, is usually aware beforehand of the basic contours of the plot. The public’s interest focuses instead on the psychology and motives of the characters. In this case, we, the observers of the Epstein drama, are not so much the audience in the playhouse as extras who have been given a role similar to that of the Rome populace in Shakespeare’s play. In that sense, we are both actors on the stage, though with little influence on the plot, and the unwitting victims of the power plays that will likely only begin to make sense at the end of Act V.

The Epstein tragedy may, as some expect, reveal far more extensive damage than the already documented damage done to his direct victims. The man was rotten, but so is the system that maintained and protected him. Mystery shrouds everything that concerns the case. With the media’s attention now fixed on Maxwell, a British socialite and ex-girlfriend of Jeffrey Epstein, several hidden dimensions of the Epstein affair may emerge that take us beyond the morbid examination of the convicted pedophile’s personal habits and creepy character.

The Timeline of Jeffrey Epstein

Starting with a cursory review of Maxwell’s mysterious finances, reporters Erica Orden and Kara Scannell at CNN offer an oblique hint at where this might lead after noting that “federal prosecutors claim to have unearthed a series of unusual financial transactions involving the two that add a new layer to the mysterious financial complexities underpinning the larger Epstein saga.”

In other words, the media — who have been content to treat the story as the tale of one really “bad apple” — will soon have some new speculative theories to pursue and juicy rumors to follow up. This, barring some unforeseen event, should keep the drama going for months on end. The new spotlight on Maxwell may also revive interest in the biggest mystery of 2019: Epstein’s supposed suicide in a US prison cell while awaiting trial on sex trafficking charges. His act of self-slaughter — facilitated by somnolent guards, defective video equipment and Epstein’s own superhuman strength at breaking multiple bones in his neck while hanging himself (a consequence far more likely in the case of strangulation) — has led some to suspect “murder most foul.”

With such a wealth of plot material, CNN kicks off the first scene of the new act on a subdued tone undoubtedly designed to feed the suspense. The article focuses on Maxwell’s unorthodox financial operations, especially over the past year, as described by the prosecutorial team: “In short, the defendant’s financial resources appear to be substantial, and her numerous accounts and substantial money movements render her total financial picture opaque and indeterminate, even upon a review of bank records available to the Government.”

The usual state of the financial accounts of wealthy individuals who, in their skills at hiding the reality of their economic activity, demonstrate their allegiance to a system that encourages, rewards and thrives on both opaqueness and indeterminacy

CNN’s legal analyst Shan Wu speculated that “the large transfers in the millions between her accounts and Epstein’s accounts” may be evidence of some form of money laundering without suggesting what the source of the money may be or who may have been involved.

All the indications point to the involvement of powerful and influential people in politics, finance, business, science and intelligence. Such people, even if they felt some personal attachment to Epstein, would not have been either upset about his purported suicide.

Though there remains serious doubt about whether his death actually was suicide, the media continue to assume that’s what it was. The New York Times, for example, instead of stating that Epstein was found dead in his cell consistently affirms, as if it was an established fact, that, “Mr. Epstein hanged himself in his cell at the Metropolitan Correctional Center in Lower Manhattan.”

One website cites 10 documented facts that might lead a prosecutor to conduct a serious investigation into the possibility of murder. All the facts cited in the article are subject to interpretation, while some appear to fall within the realm of “mere” or unexpected coincidence. What is surprising is that there has been no pressure from the corporate media even to acknowledge the level of doubt that surrounds the case. That may change now that, thanks to Maxwell’s arrest, the spotlight is once again on Epstein’s network. It would change even more radically if anything were to happen to Maxwell during detention, unless that too could be easily written off as another unfortunate suicide.

There is a significant 11th point, unmentioned in the above cited list of 10 facts. It dates back to Jeffrey Epstein’s original trial in 2007 and the extraordinarily lenient sentence he received. The first clue about how that travesty of incarceration could have occurred appeared a decade later, as the newly elected Donald Trump was forming his cabinet. Alexander Acosta, Trump’s choice for labor secretary, was the US attorney assigned to the Epstein case back in 2007. Acosta cut the plea deal with the prosecution that reduced Epstein’s punishment to the mildest possible slap on the wrist. The judgment has been universally condemned as unprecedented, unjustified and downright incomprehensible.

It was also illegal, since the decision was reached and applied without consulting or informing the plaintiffs — Epstein’s numerous victims. When the Trump transition team signaled this possibly embarrassing episode, Acosta explained: “I was told Epstein ‘belonged to intelligence’ and to leave it alone.” Acosta did leave it alone, as did most of the media, with the exception of Judy Brown, an intrepid reporter at the Miami Herald who patiently sought out the testimony of Epstein’s victims

Another journalist, Vicky Ward, spent years investigating Epstein for Vanity Fair. Writing for The Daily Beast following Epstein’s arrest in 2019, she expressed her astonishment that the Trump team thought that the explanation citing Epstein’s link to intelligence “was a sufficient answer and went ahead and hired Acosta.” They didn’t appear to wonder, as others have done since, “which intelligence?”

There have been many reports that Ghislaine Maxwell’s father, the disgraced publisher Robert Maxwell who died mysteriously after falling off his own yacht in 1991, worked with or had a strong relationship with Israeli intelligence. Some have speculated that his favorite daughter maintained the connection.

Even the mainstream media has mentioned in passing what is usually dismissed as a perverse obsession of Epstein: filming with hidden cameras the sexual antics taking place in his various abodes. Some have wondered whether the “obsession” didn’t have something to do with blackmail.

Lacking concrete proof of a link with American or Israeli intelligence, the media are right not to jump to any conclusions, if only out of fear of being accused of publicizing conspiracy theories and losing their own access to such valuable sources. It is admittedly difficult and risky to investigate the clandestine operations of intelligence agencies, but shouldn’t the media have demonstrated at least a modicum of interest in Acosta’s statement?

Ghislaine Maxwell’s arrest and future trial — if it happens — might stimulate a new curiosity on the part of the media or simply demonstrate their own links with intelligence. The New York Times, The Washington Post and others cannot afford to consistently appear to the public as the playthings of powerful people and institutions who give them instructions about what not to investigate.

The “respectable” media may themselves be hoping for another convenient suicide to spare them the effort and expense of unveiling what has so carefully remained “opaque and indeterminate.” 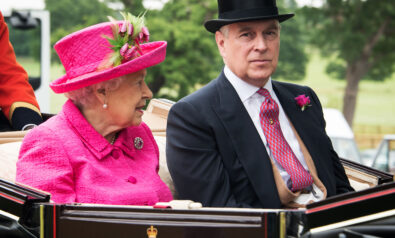 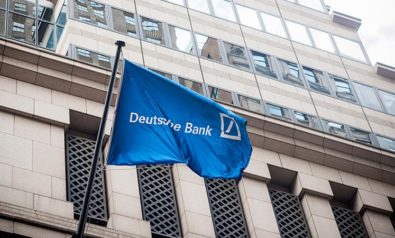