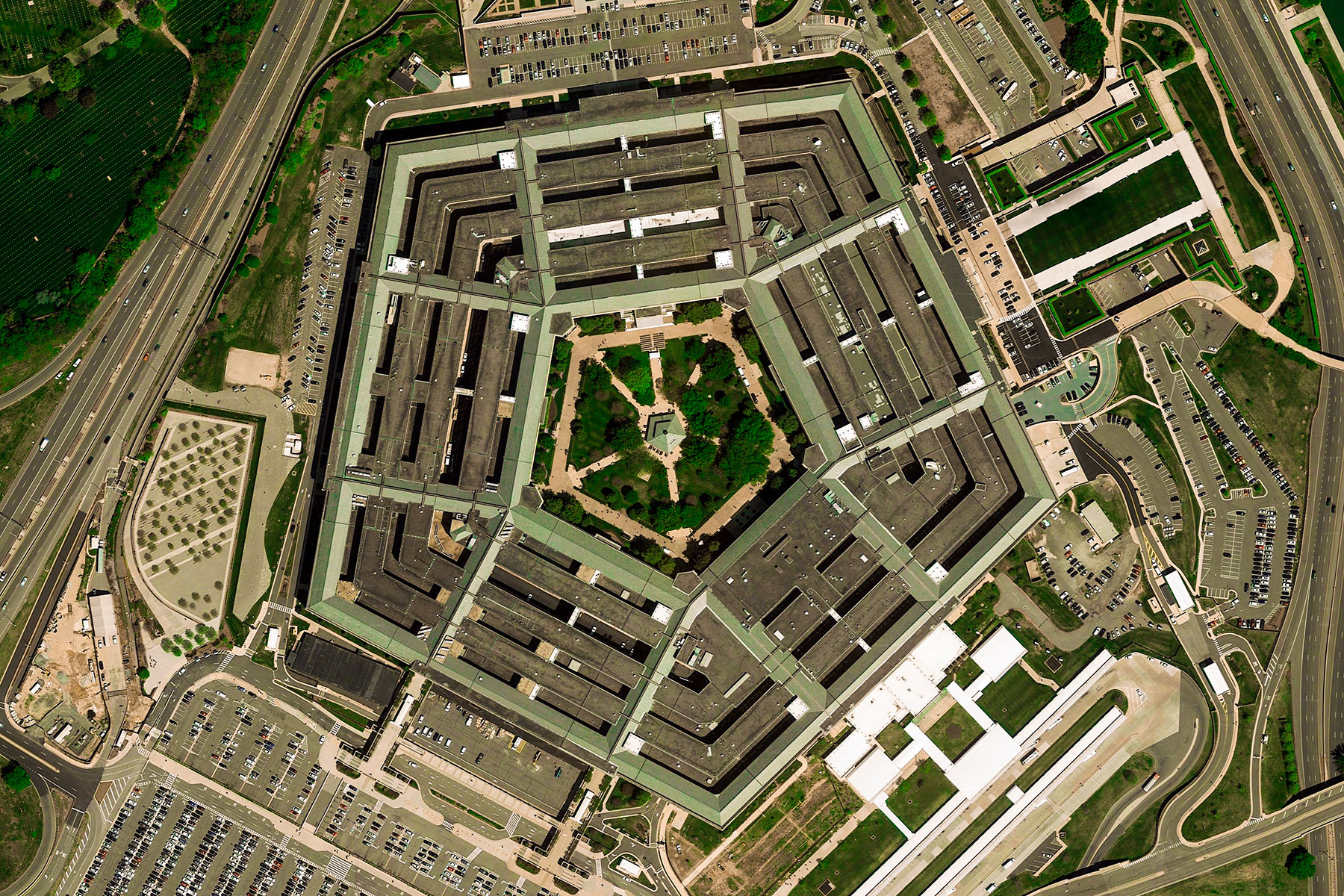 For centuries, the idea prevailed in our competitive civilization that when someone fails a fundamental qualifying test, it means they should return to their studies and keep a low profile until they felt ready to prove their capacity to pass the test. Someone who fails a driving test will be given a chance to come back a second or even third time. But most people who fail three or four times will simply give up trying to swallow their pride and accept their permanent dependence on public transport, family and friends. The same holds true for law school graduates seeking to pass the bar or indeed students in any school who repeatedly fails an examination.

In the world of Silicon Valley, an entrepreneur whose first startup fails gets up, dusts off and returns to the race. The venture capitalists will often look at a second effort after the first one fails as proof of courage and resilience. Three- or four-time losers, however, will usually get the message that it may not be worth trying again. In the meantime, the venture capitalist will have removed them from their files.

Amy Wax and the Breakdown of America’s Intellectual Culture

Some privileged people and institutions exist who appear to be spared the indignity of having to retreat after a pattern of failure. The Afghanistan Papers revealed how the repeated mistakes of US military leaders over decades not only did not require them to return to their studies, but duly rewarded them for their service.

Then there is the US Department of Defense itself. In November 2021, Reuters offered this startling headline: “U.S. Pentagon fails fourth audit but sees steady progress.” Since 1990, Congress has obliged all government institutions to conduct a thorough audit. The Pentagon got a late start but they are already at their fourth audit. And they have consistently failed. But like a backward pupil in an elementary school class, the authorities note that despite consistent failure, they should be encouraged for making progress. Will they prove to be better at failing the next time?

The Reuters article reveals the source of the government’s hope. It isn’t about performance. Like everything else in our society of spectacle, it’s all about favorability ratings. Our civilization has elevated the notion of ratings to the ultimate measure of virtue. Mike McCord, the Pentagon’s CFO, explains why, despite the failure, there is no need to worry. “The department continues to make steady progress toward achieving a favorable audit opinion.”

The rigorous standard by which the most sacred part of the US government, the only one that has achieved the status of an object of worship, will be judged by

Opinion is famously fickle, never more so than in the hyperreal world of politics. Like the wind, it can change direction at a moment’s notice. Political professionals have become adept at forcing it to change. That is what political marketers are paid to do. And they measure their success by shifts in the largely unstable numbers that appear in the ratings. Everything becomes focused on the numbers produced by surveys of opinion.

Concerning the Pentagon’s audit, McCord did mention some impressive numbers that went beyond registering opinion alone. The results of the failed audit revealed “more than $3.2 trillion in assets and $3 trillion in liabilities.” Learning that the Pentagon’s balance sheet is $200 billion in the black can only be encouraging. Any entrepreneur knows what that means. In case of forced liquidation, there would be a valuable stockpile of usable weapons to be sold to the highest bidder and still money left over to pay off all the debts. Or, more likely, the whole operation could be profitably sold to a competitor, say, Canada, Mexico, France or Israel at an even higher valuation. China would be excluded from consideration because of the feat, perhaps at the UN, that such a merger would produce a global monopoly.

Reuters reassures us that optimism is in the air: “As the audits mature and testing expands, Department of Defense leaders expect findings to increase in number and complexity.” They underline the encouraging thought that “successive sweeps could expose more profound problems.” Even the idea of exposing “more profound problems” is promising. It means we may one day understand what’s behind the discovery that the DoD — according to a previous audit — left $21 trillion of expenditure unaccounted for over the past two decades.

The commentator Jonathan Cohn highlighted an obvious fact that should resonate with the public in light of recent haggling in Congress over President Joe Biden’s agenda. “None of the ‘centrist’ Democrats or Republicans who complained about the cost of the Build Back Better Act,” Cohn notes, “have said a peep about the ever-growing Pentagon budget — and the fact that it is somehow still growing even despite the Afghanistan pullout. It has grown about 25% in size over the past five years, even though the Pentagon just failed its fourth audit last month.”

In his book, “War is a Racket,”, the most decorated senior military officer of his time, Smedley Butler, explained the underlying logic that still holds true nearly a century later. “The normal profits of a business concern in the United States,” Butler wrote, “are six, eight, ten, and sometimes twelve percent. But war-time profits — ah! that is another matter — twenty, sixty, one hundred, three hundred, and even eighteen hundred per cent — the sky is the limit. All that traffic will bear. Uncle Sam has the money. Let’s get it.”

A lot of corporations — with names like, Lockheed Martin, Raytheon, Halliburton and Northrup — have managed to “get it.” Those corporations are very careful with their own audits because they know that failing an audit, even once, let alone four times, would cancel their ability to keep milking the Pentagon’s cash cow. Luckily, the Pentagon doesn’t have to worry about losing its relationship with those corporations simply on the grounds that it failed yet another audit.

Ratings, and more particularly favorability ratings, are numbers with no stable meaning. Instead of reflecting reality, they merely register the state of shifting opinions about reality. And yet, ratings have become a dominant force in 21st-century US culture. This is perhaps the most significant sign of a fatal decline of democracy itself.

The idea of democracy first launched in Athens nearly three millennia ago aimed at spreading the responsibility for government among the population at large. Inspired by the Athenian example, the founders of the United States and drafters of the US Constitution realized that what worked reasonably well for the governance of a city-state could not be directly applied to a nation composed of 13 disparate British colonies. Drawing on England’s parliamentary tradition, the founders substituted representative democracy for Athenian direct democracy.

Instead of sharing the responsibility of governance with the general population, the new republic offered the people a simple tool: the vote. It was accompanied by the idea that any (male) citizen could seek to stand for election. The founders hadn’t fully appreciated the fact that this might lead to the constitution of a separate ruling class, an elite group of people who could compete amongst themselves to use the tools of governance to their partisan ends.

Nor did they anticipate the consequences of industrialization of the Western world that was about to unfold over the next two centuries. It would not only consolidate the notion of political organization focused on partisan ends, it would ultimately spawn the “science” of electoral marketing. With the birth of technology-based mass media in the 20th century, that science would focus exclusively on opinion, branding and ratings, leaving governance as an afterthought.

By the 21st century, politics became totally dominated by the race for popularity and the cultivation of strategies to that end. The emergence of television in the second half of the 20th century, coupled with the presence of telephones in every home, sealed the deal. The science of polling was born. Once that occurred, everything in public life became subject to ratings. In the world of politics, the needs of “we the people” were fatally subordinated to a focus on the shifting and increasingly manipulable opinions of those same people. The science of electoral marketing definitively replaced the idea of public service and the quality of governance as the dominant force in political culture.

The only trace of uncertainty left is the famous “margin of error” attributed to polls, usually estimated at around 3%. In contrast, the Pentagon’s margin of error is measured in multiple trillions of dollars.

*[In the age of Oscar Wilde and Mark Twain, another American wit, the journalist Ambrose Bierce, produced a series of satirical definitions of commonly used terms, throwing light on their hidden meanings in real discourse. Bierce eventually collected and published them as a book, The Devil’s Dictionary, in 1911. We have shamelessly appropriated his title in the interest of continuing his wholesome pedagogical effort to enlighten generations of readers of the news. Read more of The Weekly Devil’s Dictionary on Fair Observer.]