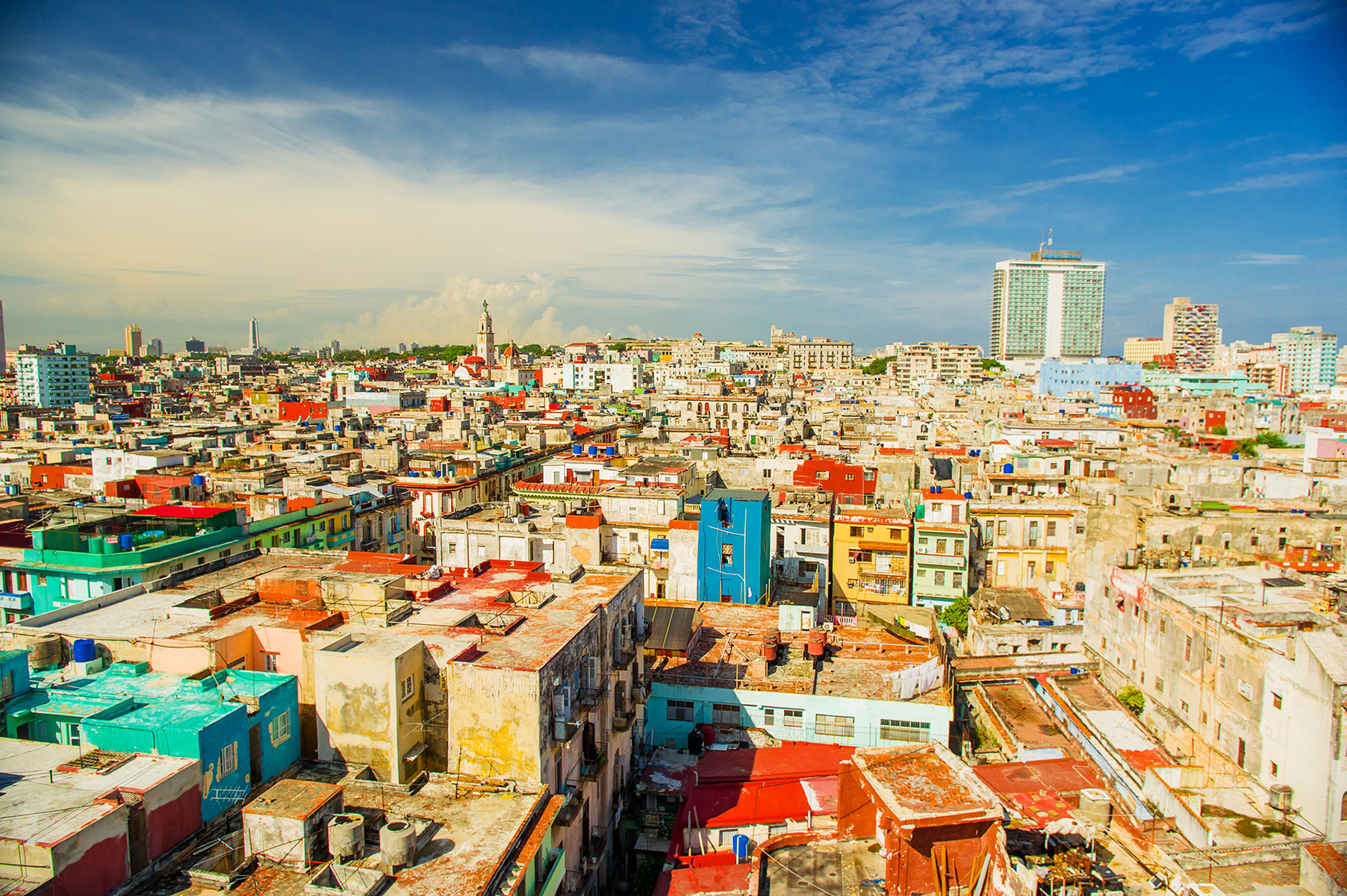 The legacy press continues its endless campaign to promote the belief that Russia is waging a never-ending battle against US diplomats and spies thanks to the secret weapon that provokes the dreaded “Havana syndrome.” Two Washington Post journalists, John Wagner and Miriam Berger, have apparently received strict instructions not to take into account the findings of scientists or even officials of the State Department, who take seriously the hypothesis that the complaints may be psychogenic.

The Post’s latest article on the subject, “Biden signs legislation to aid U.S. personnel suffering from ‘Havana Syndrome,’” mentions the evocative but discredited term “Havana Syndrome” seven times before citing the State Department’s official designation of the complaints: “anomalous health incidents.” This admission occurs in the 12th paragraph, in which the authors also grudgingly acknowledge that no one has identified the “exact cause” of the phenomenon.

Is the Havana Syndrome a Psychogenic Illusion?

A few paragraphs later, the two authors offer a classic demonstration of the art of instilling in the reader’s mind an assumption that is probably false before mentioning, as an insignificant afterthought, a fact that contradicts the first idea but which is incontrovertibly true: “Current and former intelligence officials have increasingly pointed a finger at Russia, which has staged multiple brazen attacks on adversaries and diplomats overseas. No evidence against Moscow has been made public, however, and Russia has denied involvement in the incidents.”

Believed to exist, as opposed to evidence that has not been made public, which means invented for some other purpose and therefore not required to be presented to the public

In a detailed article published on Friday, October 9, on McGill University’s Office for Science and Society website whose mission is “Separating Sense from Nonsense,” Johathan Jarry examines all the hypotheses and explains that “ the most plausible theory right now” is mass psychogenic illness. “Crickets, dizziness, constant suspicion, all examined by medical specialists falling prey to confirmation bias, leading to debilitating symptoms blamed on extravagant weaponry, and we end up with Havana syndrome.”

For The Washington Post, that kind of research and reflection cannot be allowed to go unchallenged. The Post’s journalists begin by citing the authority of “current and former intelligence officials.” Whom should an intelligent reader believe: a medical expert examining all the facets of the controversy with no ties to government or industry, or intelligence officials?

A discerning reader should know by now that intelligence officials are not only trained in the art of lying; to a large extent, lying is the basis of their professional activity in their interaction with the outside world. Former director of the CIA, Mike Pompeo, laughingly admitted it in a rare moment of candor at a public event.

His confession was greeted by the audience of Texas A&M University students with approving applause. They apparently believed that lying, cheating and stealing are noble acts when it comes to representing the interests of the nation.

Only a madman (and Washington Post and New York Times journalists) would assume that intelligence professionals are committed to speaking the truth. And yet, the media in the US — and particularly cable news, including CNN and MSNBC — regularly employ former intelligence officials and directors as expert analysts ready to explain the truth behind the news.

The Post’s journalists tell us that these totally reliable intelligence officers “have increasingly pointed a finger at Russia.” Other reporting in the recent past by The New York Times and The Post reveals there is no new evidence that should justify increasing suspicion of Russia. But enterprising journalists know how easy it is to slip the word “increasingly” into a dubious assertion to guide the reader toward a desired conclusion.

That should simply be called lying, but it is a trick journalists know will always be effective, if only because there is no clear way of proving it is false.

Why did Wagner and Berger choose to say “pointing a finger at” rather than “accusing”? They are playing it safe because, as they offhandedly admit in the next sentence, there is, as always, no evidence to back it up. But before admitting that there is no evidence, they offer something that looks like evidence. They assert that Russia “has staged multiple brazen attacks on adversaries and diplomats overseas.”

The authors obviously do not bother to cite those attacks, but here they are on more solid ground since every powerful nation’s intelligence apparatus engages in this type of activity.

Their choice of the verb “staged” also merits our attention. It trivializes the image of the fearful enemy by comparing its activities with those of the manager of a circus or a theater. The underlying suggestion is that Russians are dangerous but superficial. In contrast, American intelligence is assumed to be serious and deep.

The paragraph concludes with this sentence: “No evidence against Moscow has been made public, however, and Russia has denied involvement in the incidents.” This is particularly insidious because, as a simple fact, it is true that no evidence has been made public. But it creates the unfounded belief that evidence exists that has not been made public. By including “however” in the final assertion the authors make the one truthful statement resemble an inconsequential afterthought.

Although there is much more in the article, we can conclude by examining another sentence that floats between the truth and tendentious intent: “The exact cause of Havana Syndrome remains unknown and U.S. officials refer to potential cases as ‘anomalous health incidents,’ even as government investigators continue to probe its origins.”

The first part of the sentence is both truthful and accurate, except for one detail. It speaks of “the Havana Syndrome” as if it was a simple, coherent medical reality that has a single “exact cause.” Everything we know about the various complaints grouped together under this appellation indicates clearly that no one has yet discovered an identifiable medical condition that applies to the 200 reported cases.

This is the moment when the authors finally reveal that the State Department (“U.S. officials”) has replaced the term “Havana Syndrome” with “anomalous health incidents.” Once again, they present an essential truth as a kind of an insignificant afterthought. The decision to change the name tells the untold story of how the key people in the State Department “increasingly” doubt both the existence of the syndrome and Russia’s culpability.

Politico has joined the trend by similarly focusing on the rhetorical fear factor associated with the idea of things that are “increasingly” happening. The message the journalists seek to convey is that drastic action has become increasingly necessary. The title of Politico’s article reads: “U.S. investigators increasingly confident directed-energy attacks behind Havana Syndrome.” It affirms that “lawmakers are also growing increasingly confident that Russia or another hostile foreign government is behind the suspected attacks.”

Whenever the US military-industrial complex and complicit journalists feel the need to push the nation toward war, they see “increasingly” as the most useful adverb in the dictionary. In July 1965, when President Lyndon Johnson’s military advisers were calling “for an even greater commitment,” which included the forecast of requiring “a half-million men,” the CIA drafted a report with 12 bullet points for the president. The word “increasingly” appeared five times in those bullet points, including in the last two examples:

“The Viet Cong appear to be resorting increasingly to terrorism and controls to keep the peasants in line and cooperating.

There are indications that growing numbers of the rural populace tend to blame the presence of the Viet Cong for bringing the war to their doorsteps and to regard them as increasingly unwelcome.”

The first assertion begins with the verb “appear,” clearly indicating it is not a fact. The second uses the locution “there are indications,” another way of saying the same thing. In contrast, the two memorable and incontrovertible facts that all historians agree on is that Johnson did indeed end up sending a force of 500,000 troops and that in the course of the war 50,000 American soldiers died.

This exercise in close reading should underline one obvious fact: respectable journalists and the CIA share the same rhetorical instincts, and they have been for decades. Could this possibly be evidence of collusion? Operation Mockingbird apparently still has wings. 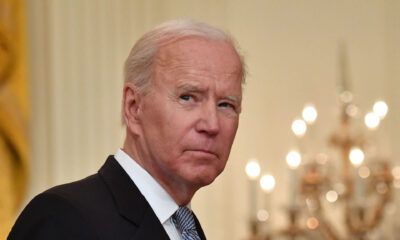 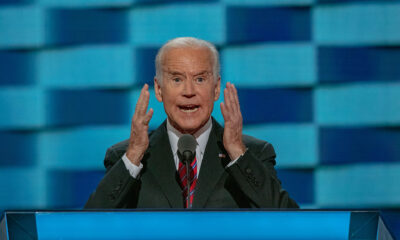 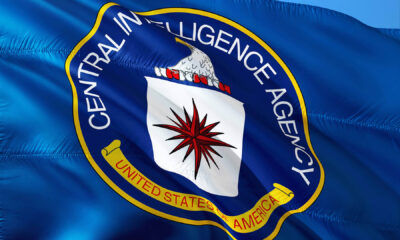