Last week’s storming of the Capitol has already achieved the traumatic status of only a few other events in recent US history: the Japanese attack on Pearl Harbor, the assassination of President John F. Kennedy and 9/11. Its historical consequences will play out for years if not decades.

Pearl Harbor allowed the United States into what until then had been largely a European conflict. The US subsequently became the dominant force in the Second World War and then the world, after ushering in the nuclear age with a shocking and scientifically sadistic attack on the civilian populations of two Japanese cities, Hiroshima and Nagasaki. The JFK assassination cleared the path for two other game-changing events: Lyndon Johnson’s war in Vietnam and the flowering of the hippie movement. Combined, these marked an important stage in shattering the trust Americans formerly had in their institutions, a trend that has continued ever since.

The attacks of 9/11 provided the scheming neocons and their pliant president, George W. Bush, with the pretext for spreading endless wars across the Middle East. It was designed as an intended display of virile might but turned into a failed and futile melodrama that, in the eyes of most of humanity, seriously undermined the vaunted moral authority of a nation that for two centuries had claimed to be the “beacon of democracy.”

An article by Emma Grey Ellis in Wired, “The DC Mobs Could Become a Mythologized Recruitment Tool,” points to one of the possible long-term consequences of last week’s event. Ellis cites Shannon Reid, a researcher of the phenomenon of street gangs and white power at UNC Charlotte: “My fear is that this moment will die down and everyone will think we’re OK. Really this [riot] was a recruitment tool, a part of a mythology that is going to grow.”

Conversion to an extreme, violent ideology of people who realize — though with limited understanding — that the respectable institutions controlling their lives and to which they are expected to pledge allegiance have no interest in their well-being, and even less in recruiting them for gainful employment.

One commentator cited in the article notes how an event that achieved nothing evokes a positive reaction from the extreme right, suggesting that “The hardened neo-Nazis on Telegram are over the moon that this all happened. They feel like it’s going to radicalize millions of boomer-tier people. They’re kind of scolding the boomers: ‘You tried to work through the system, but now you’re radicalized along with us.’”

The FBI has now warned that thousands of Trump supporters and election deniers are currently organizing armed protests across the nation, seeking to make a furious show of force before Joe Biden’s inauguration. But they don’t see it as a one-time event. The movement will continue and possibly grow in the coming months. Its participants share a mentality of civil war. After four years of Trumpian fireworks in the media, these rebels — many of them well-trained war veterans inured to righteous violence — simply cannot imagine the nation in the hands of someone other than The Donald, who in their eyes has become the symbol of American assertiveness.

Sociologist Cynthia Miller-Idriss sees this event as confirming “a swing back toward anti-government extremism.” She believes it is “creating odd coalitions.” With his usual reflexive mendacity, when Trump sought to blame antifa for the storming of the Capitol, House Minority Leader Kevin McCarthy immediately contradicted him. Nevertheless, while it is unlikely that antifa and the MAGA crowd could ever agree on coordinating their studied nihilism, a certain convergence in their mutual capacity for discord seems possible.

The main victims of the growing disorder will be the vast majority of Americans and, more particularly, the significant swaths of the population who are seriously interested in reforming, if not transforming, a system whose injustices seem patent and the indifference of the moneyed elites only too evident. The entire black and Hispanic communities will be the first to suffer since the most likely immediate response will be to impose heightened surveillance and more aggressive policing in the name of national security, following the precedent of 9/11.

The hopes that were awakened last year with the popularity of the Black Lives Matter movement following the death of George Floyd will be dashed by the combined force of COVID-19, tightened security and official suspicion of anything that isn’t resolutely middle-of-the-road during the Biden presidency.

Racial injustice and wealth inequality will be put on the back burner. That should surprise no one, but the coronavirus crisis and the George Floyd protests led many to believe that some form of positive change was about to emerge. For once, the government seemed to show awareness of the needs of a population that the pandemic had cast into the gulf of uncertainty created by unbridled free market capitalism.

The Biden administration will immediately focus on the evident danger of right-wing radicalism that drew its energy from the personality of Donald Trump but has now achieved a life of its own. But an aggressive attempt to throttle it may aggravate its attraction. Right-wing militias are more the symptom than the problem. The deeper issue lies in the fact that a significant portion of the population places more of its hope in hard drugs, opioids, suicide missions and the rage of the mob than it does in government reforms.

Pearl Harbor in 1941 and the 9/11 attacks 60 years later had the effect of immediately designating an enemy Americans felt must be countered with force. The Japanese attack provided the US with a ticket to a world war that had started in Europe. From then on, it concerned the entire Northern Hemisphere. In a similar fashion, 9/11 provided the pretext for an undefined global war on terror that has prolonged its effects in both violent and profoundly insidious ways ever since, sapping the nation’s morale.

The JFK assassination is the outlier in that series of traumatic events. What happened in Dallas in November 1963 was engineered to appear as a purely domestic murder mystery. By focusing on a single designated killer, it succeeded in masking its true historical significance. Nevertheless, the Kennedy assassination produced a powerful effect on the international as well as the domestic front. It cleared the path for the Vietnam War. The combined force of the assassination and the war stimulated the creation of a counterculture that turned many of the reigning values in US society on their head.

As the year 2021 begins, marked by nervous anticipation of Joe Biden’s arrival at the White House, the consequences and eventual lessons of last week’s insurrection will begin to emerge. At the time of this writing, the FBI is anticipating violence in all 50 states. Where that will lead, nobody knows. At the same time, the stability of both political parties appears to be seriously compromised. It will take months and perhaps years to assess the consequences of what may become known as Trump’s last stand.

Commentators, even those favorable to the Republicans, admit that this is the one event history is likely to associate with Donald Trump’s presidency. Others fear that the events of January 6 were simply the initial skirmish of a struggle that will play out with growing anarchy over the months and even years to come, in what may be a muted civil war.

Some specific issues related to the riot will undoubtedly be addressed. Action will be taken to strengthen the protocols for the protection of public sites. The behavior and training of law enforcement and security personnel will be reviewed once again. But any of the specific issues will pale in significance to the growing awareness of the studied indifference to the concerns of the people on the part of those who make the laws, to say nothing of their corrupt complicity with the moneyed interests that have the means to influence, if not dictate, the laws. Given their level of education, the team Joe Biden has recruited should have the intellectual capacity to grasp these issues. Will it be able to summon the resolve to deal with them? 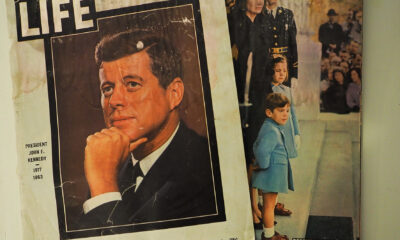 Don’t Expect a Smoking Gun in the JFK Assassination Saga 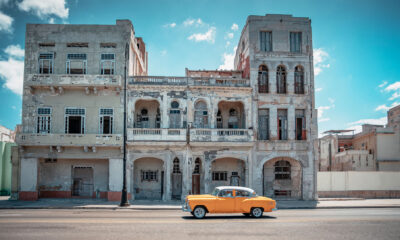 Questions on Which No One Agrees: Infrastructure, Cuba and Jobs 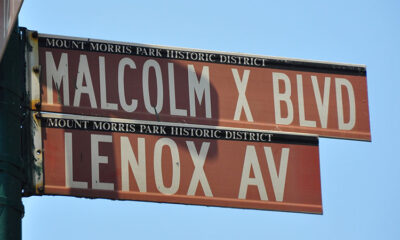