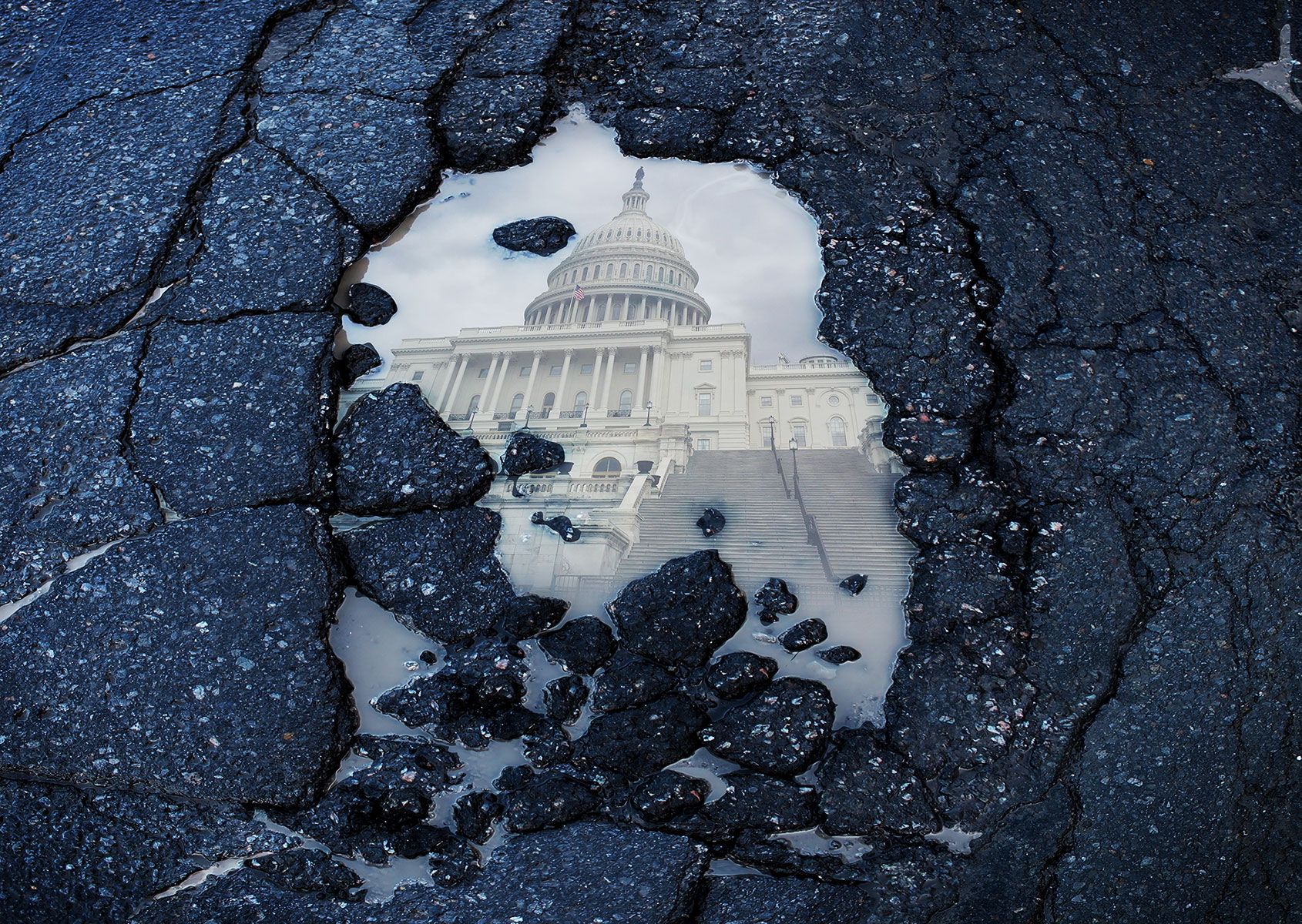 Nancy Pelosi, the Democratic speaker of the House, has committed to the strategy recommended by the progressive wing of her party to force through President Joe Biden’s proposed $3.5-trillion spending plan for infrastructure. It covers much more than the basic $1.5-trillion nuts-and-bolts infrastructure package already approved by the Senate.

The key to success is linking the two bills together, thus avoiding that one might be passed and the other rejected. Various Democrats deemed “moderate” have promised to torpedo the effort, creating serious suspense in Washington this week.

Though not known for being progressive herself, Pelosi has the marketing sense to understand that the one positively attractive feature of Biden’s successful presidential campaign was his promise to be the Franklin Delano Roosevelt of the 21st century. He promised to transform the economy and the political culture as FDR did in the 1930s, ushering the US out of the Great Depression.

The Raucous Sound of AUKUS

With that in mind, Pelosi recently boasted to Los Angeles Times’ Washington columnist Doyle McManus that Biden’s $3.5-trillion bill is “transformational.” As a serious journalist seeking to achieve “balance” (while pleasing his editors), McManus decided to interview someone more credible than an aging professional politician. Knowing where to seek the truth, the journalist contacted Democratic data scientist, political consultant and Obama loyalist, David Shor.

Asked about Pelosi’s characterization of the bill as transformational, Shor responded in the way true establishment Democrats have been trained to respond: “I would ban that word. Most people don’t want bold, inspirational change. They want bite-size things.”

The largest amount of knowledge or political thought that Democratic strategists, certain of their own elite status, believe the benighted class of consumers called voters are capable of digesting at any given time

The failure of the Democrats to learn any lessons from recent history seems mind-boggling at times. Could Shor have failed to notice that after Hillary Clinton referred to ordinary Americans tempted to vote for a candidate other than herself as “deplorables,” she lost the election to Donald Trump? Trump was judged at the time to be the most unlikeable, unelectable presidential candidate in the history of American politics.

Despite the party’s faith in the wisdom of data scientists like Shor, Clinton still managed to fail. Data analysts famously isolate particular issues for polling and collate all the individual responses. They separate reality into the bite-sized chunks they themselves feel comfortable with and then compare the results using sophisticated algorithms. Unfortunately, individual preferences analyzed in isolation do not always correlate with broader trends and collective social reality.

Shor believes that politicians must choose between transformation and bite-sized reforms. Observers less influenced by raw data noticed that Trump, instead of choosing, managed to do two seemingly contradictory things at the same time. He offered his voters a few bite-size things — slogans instead of ideas — but he also projected the will to be radically transformational in an attack on political orthodoxy.

What this reveals, not just about the Democratic Party and the Los Angeles Times but also about the media sympathetic to the Democrats, is less their belief that people want only the slightest incremental change than their ingrained allergy to anything that claims to upset the status quo. They supported Biden because he wasn’t the transformational Bernie Sanders. They never assumed he would try to deliver on his own transformational promise.

Shor believes change consists of proposing a marginal advantage on specific issues, such as lower prescription drug prices. But that cannot be called change. It’s recalibration. It aims at a minor adjustment in a system of governing that the public increasingly perceives as a dangerously faulty, if not failed system.

As a data scientist working in the political sphere at the core of the American consumer society, Shor focuses not on what society needs but on what the narrowly defined data shows individuals want. After the “bite-sized things,” he mentions the benefits of promoting “easy-to-describe things that people like.” This underscores the basic fact that has come to define almost all political action in the US. It has lost all interest in defining and addressing the needs of a complex society subjected to multiple crises.

Instead, modern political science focuses exclusively on devising strategies to win — rather than earn — the votes of individual consumers. Voters are thus seen as mindless consumers of political discourse rather than partners in a “government of the people, by the people and for the people.” Winning elections is the only goal political actors can be focused on for any length of time. Emphasizing bite-sized ideas makes both the data analysts’ and their jobs easier.

After citing the fact that the party of an incumbent president “almost invariably loses seats two years after a presidential election,” the article builds to a conclusion, offered as the LA Times’ own distilled wisdom. “Their best chance to defy those odds,” McManus writes, “probably lies in passing a much slimmer budget plan — one that focuses, as Shor advises, on measures with broad public support.”

Following the Second World War, US political culture underwent a radical change. Before Pearl Harbor, the culture of isolationism dominated among the political class. Even though since the late 19th century the US had used its military to stretch its influence across Latin America and the Pacific, its participation in the European and Pacific theaters of war clearly demonstrated the advantages of building an economy around the idea of an aggressively offensive interpretation of defense.

The experience of having an ideological enemy, Nazi Germany, led the strategists in Washington to welcome the opportunity to focus a new phase of economic development around a largely fantasized ideological battle with Soviet communism.

Since that time, the US economy has been literally addicted to a well-funded, deeply militarized economy. It includes fostering an attitude of worship of the military and celebration of the technology spawned by the military-industrial complex. Dwight Eisenhower was the first — and also the last — president to acknowledge and describe this reality.

The military-industrial complex has only expanded since his famous 1961 speech. The fact that no president since Eisenhower has dared to evoke its name indicates how unbalanced its influence has become. This has produced a culture in which spending on the military is always justified while responding to public needs is seen as an unjustified extravagance.

Business Insider features an article by Lindsay Koshgarian, program director of the National Priorities Project, in which she compares the actual cost of the war on terror with the transformations that could have been accomplished with only a part of that money. “Twenty years after 9/11,” she writes, “our thoroughly militarized foreign and domestic policies have come at a cost of $21 trillion over the last two decades, according to new research my coauthors and I published at the Institute for Policy Studies.”

The full report claims that if the money spent on the military had been allocated to other questions, the clearly transformational results would mean that Americans, but also many other earthlings, would now be living in a more human world.

Had the money been spent that way, the US would still boast the most powerful military force in the history of the world and remain in the uncontested leader in terms of military power. But America’s consistently declining moral standing in the world, due essentially to its foreign policy, would exist on a totally different plane. In the light of these figures, Shor’s recommending a plan “half the size of the $3.5 trillion” Biden and Pelosi are pushing seems not only not transformational but risky for the future of a nation that continues to deny its own most pressing needs.