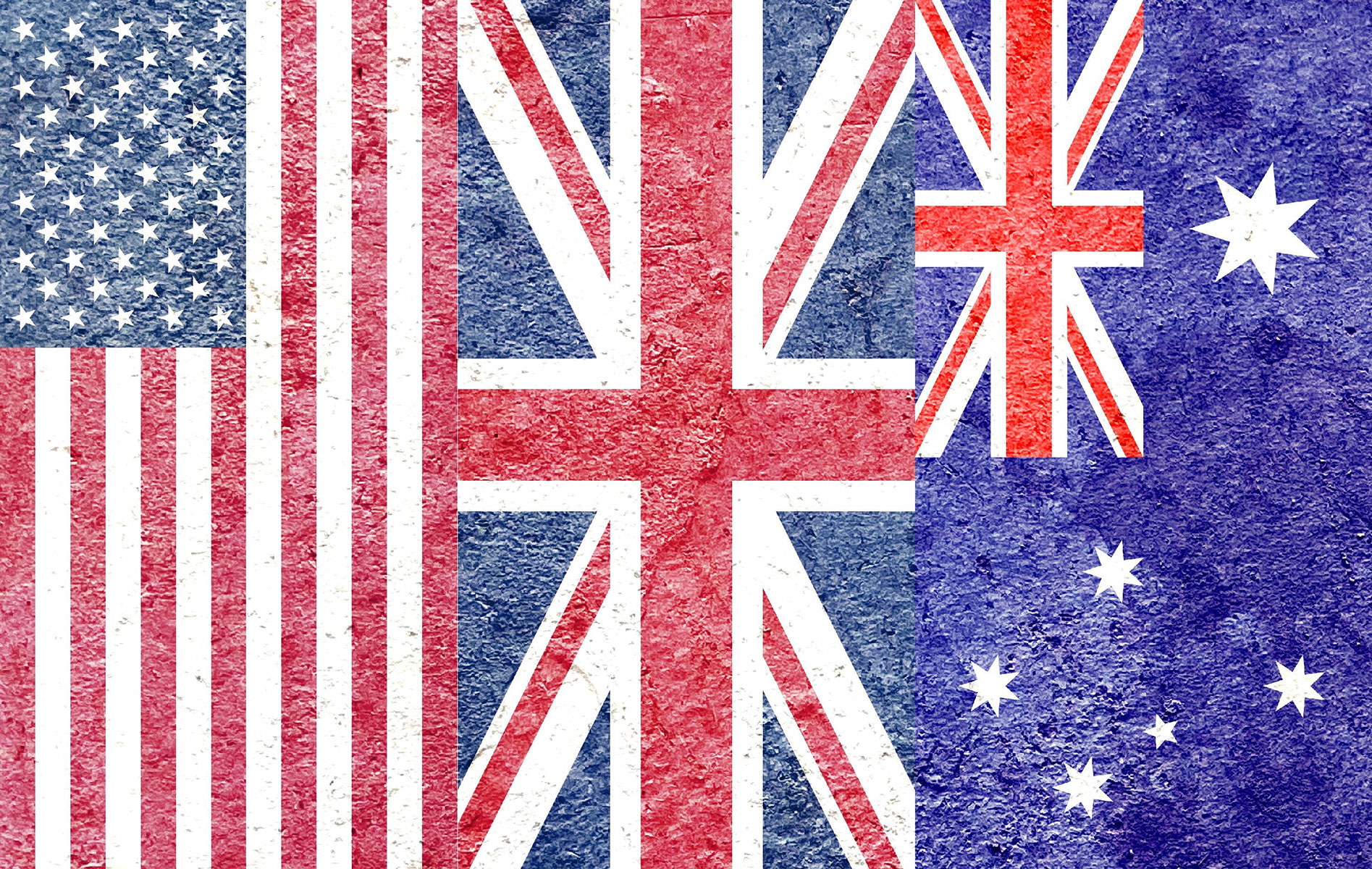 The European Union received a serious shock last week that confirmed the seismic shock it received a month ago when US President Joe Biden made good on his decision to unilaterally abandon the 20-year NATO military campaign in Afghanistan. France had a more specific reason to complain. As AP described it, “Biden enraged France and the European Union with his announcement that the U.S. would join post-Brexit Britain and Australia in a new Indo-Pacific security initiative aimed at countering China’s increasing aggressiveness in the region.” The deal is called AUKUS, an acronym of Australia, UK and US.

After four years of Donald Trump’s version of America home alone that framed geopolitics as a dog-eat-dog battle for survival fueled by the ideology of social Darwinism, Europeans expected Biden to inaugurate a new period of America in the world alongside its prosperous friends. They may have imagined something like the TV series, “Friends,” in which a group of carefree, well-off and witty roommates explored the pleasures of living through minor comic conflicts that proved how much they all loved and depended on one another.

Last week’s shocker was first of all economic. It canceled a lucrative contract Australia signed with France in 2016 for the supply of diesel submarines. Instead, Australia will receive nuclear submarines built with American and British technology. But even more than economic, the move was strategic, leaving the rest of the world to wonder how to react to an initiative that sets the three most significant English-speaking nations on a path of their own. Boris Johnson, the British prime minister, may see it as a life raft for the UK, seriously struggling to emerge from Brexit. In any case, it has seriously upended many of the assumptions related to the “new world order” set in motion by the Bushes, father and son.

The French foreign minister, Jean-Yves Le Drian, reacted to the news with “total incomprehension,” especially evident after celebrating, earlier this year, the “excellent news for all of us that America is back.”

Thanks to a presidential tradition inaugurated by George W. Bush, intensified by Donald Trump and now maintained by Joe Biden, the expected reaction of allies of the United States to any of the unilateral foreign policy decisions made by an American president.

Le Drian went further, describing the move in these terms: “It was really a stab in the back. It looks a lot like what Trump did.” The stab in the back could be shaken off like Monty Python’s black knight as a mere “flesh wound.” But the idea that Biden was the new Trump has frightening implications for every realist in the world of diplomacy.

The Europeans and indeed the rest of the world have begun to realize that Trump may not have been the aberration his Democratic opponents made him out to be. Instead, Trump was the purest expression of the historical logic of America’s foreign policy at any point in time. Once he had left his mark, it became indelible because it perfectly though somewhat exaggeratedly reproduced the underlying logic of the US empire’s view of geopolitics. It appears equally in the fact that President Biden, having promised to return to the Iran nuclear deal and revive Israeli-Palestinian peace talks, has failed to move on either issues, leaving those much deeper flesh wounds to fester.

Like the situation in Afghanistan, this move not only increases the level of uncertainty about how the forces in place will regroup or what new alliances may form, it has already had the effect of providing fuel to those Europeans who have been debating the merits of creating an autonomous European defense and security system, independent of the US and NATO. The US believes the 27 nations of the European Union will never agree to that, but France and Germany have the motivation to move forward and the US abandonment of Afghanistan has Eastern Europe’s traditionally pro-US nations worried.

Australia’s prime minister, Scott Morrison, called the pact a “forever partnership … between the oldest and most trusted of friends.” He appears to be suggesting that after the English-speaking empire’s abandonment of forever hot wars in the Middle East, a forever Cold War in the Pacific may be brewing. By “the most trusted of friends,” he appears to suggest that English-speaking nations share not only the same language, but also the same imperial, economically aggressive ideology.

But what does it mean to be a “trusted friend” in the world of geopolitics? The Irish philosopher Fran O’Rourke recently explained Aristotle’s concept of three types of friendship, pointing out that only the third type — a “perfect friendship” built on virtue and love — may last forever. “Friendships of pleasure and usefulness,” according to Aristotle, “are only incidental; they are easily dissolved, when the other person is no longer pleasant or useful. True friends wish the good of each other. Their friendship lasts as long as they are themselves good.” The “forever partnership” Morrison envisions would require the commitment to the good. But what he proposes is a friendship not just of utility, which is usual in international treaties and alliances, but of aggression.

Aristotle would object that nations can never be friends, precisely because they exist as arrangements between groups of people who are not friends. They are political fictions, the result of complex compromises defined primarily by tenuously structured relationships of utility. Only human beings striving for virtue have the privilege of friendship.

The commentators have all understood that the entire purpose of the new alliance turns around the idea of containing China. Framed as a pivot to Asia, it is clearly a pivot against China, with a psychological structure duplicating that of the Cold War against the Soviet Union. Such relationships are defined not by the Aristotelian notion of friendship, but by enmity. Rather than lasting forever, they tend to end very badly for all sides, with only one group of people certain of prospering: the arms industry.

The implications of this arbitrary and unilateral move by the Biden administration are likely to be far-reaching. Unless Europe ends up capitulating to the US, this could render NATO obsolete. Looking further into the historical consequences, it might comfort Xi Jinping’s strategy of extending and consolidating the Belt and Road Initiative across the entire Eurasian continent. This would point toward what the historian Alfred McCoy sees as a possible integrated economic entity he refers to — borrowing a term formulated a century ago by the geopolitical thinker Sir Halford Mackinder — as “the World Island.”

There is something eerily logical, perhaps even culturally inevitable about Joe Biden’s initiative. It doesn’t bode well for his presumed intention of bolstering the hegemony the US has enjoyed since the Second World War. In 1992, when James Carville told Bill Clinton not to waste time talking about the position of the US in the world because “It’s the economy, stupid,” he was drawing the consequences of an easily observable trend that Democrats were inclined to forget, that Americans are simply not interested in the feelings, interests or suffering of the rest of the world.

George W. Bush was the first president to fully exploit American indifference by living up to his Texas cowboy image and treating the world stage as his private rodeo. Donald Trump criticized Bush’s policies, not because they were too reckless, but not reckless enough. On becoming president in 2017, Trump showed that, as an imperial power, the US had no need to stick to agreements or rules or curry favor with its supposed allies. Washington still insisted on maintaining a “rules-based order,” but on the condition that it could rewrite the rules at any given moment. He put into action as demonstrably as possible the thinking of the “offensive realist” John Mearsheimer. It consists, as Mearsheimer often insisted, of living up to the image of the “biggest and baddest dude on the block.”

President Biden appears to be seeking a new way of fulfilling the dude’s mission. McCoy sees it as just another indicator of the US empire’s decline. By inciting Europe to assume its own defense now that Europe no longer has the UK to worry about, a scenario may emerge in which the Chinese and the Europeans begin collaborating on a way of managing the World Island.