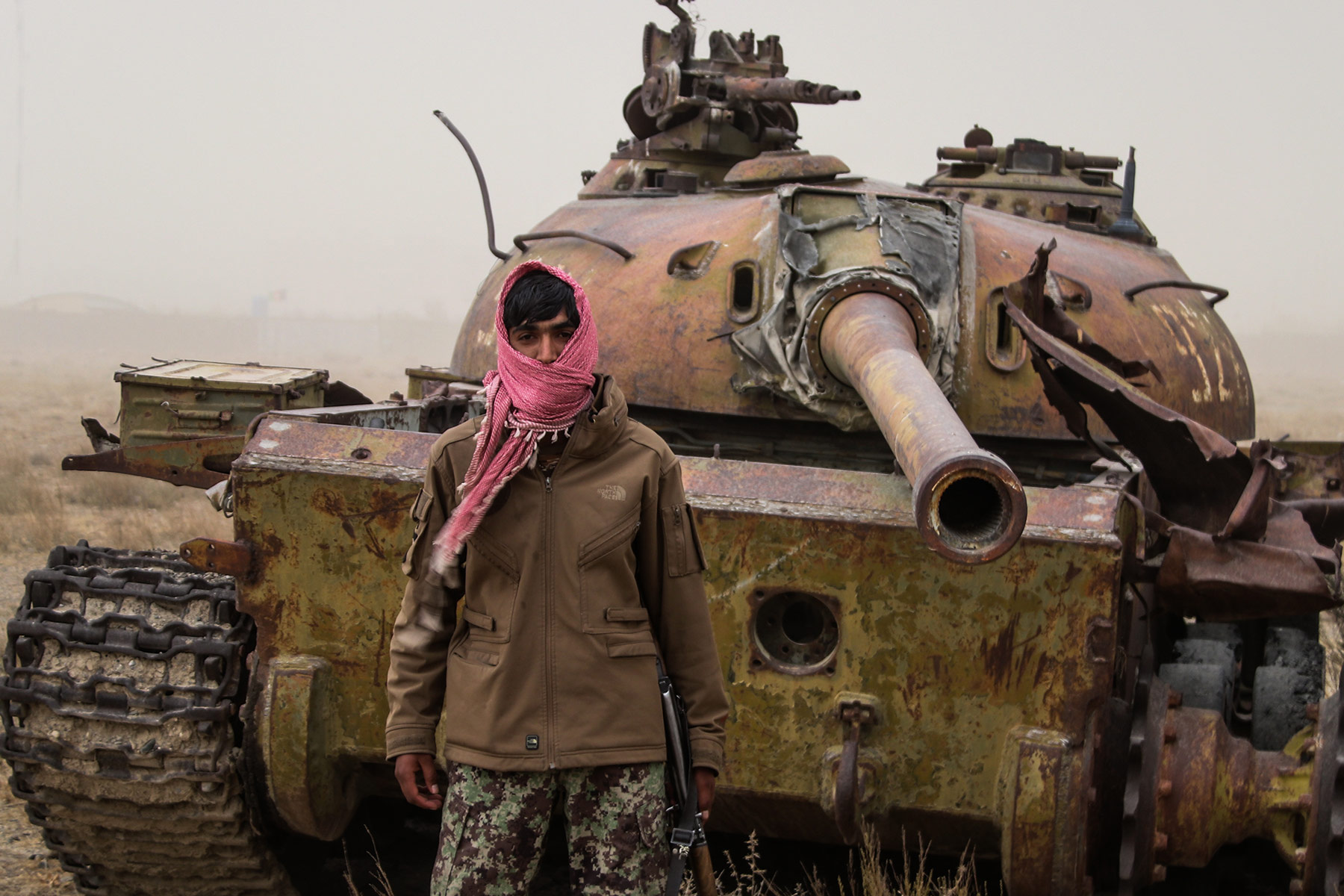 Yahoo News Senior Editor Mike Bebernes asks the big question on everyone’s mind after the American debacle in Afghanistan: “Does the U.S. have any real leverage over the Taliban?” After summarizing the immediate political background of the topic, he compares the speculative answers of a variety of pundits.

Bebernes distinguishes between what he calls optimists, who “say the U.S. has enormous leverage to hold the Taliban to their commitments,” and the pessimists, who apparently believe that the interests of the two countries have so little in common that it isn’t worth bothering about the concerns of such savage people. In other words, as Donnie Brasco would say, “Forget about it!”

The optimists typically cite the weakness of the Afghan economy and the problems the Taliban will face without US cooperation. Others think that a common concern with fanatical terrorist groups may create an opportunity for mutual understanding. Bebernes suggests that the Taliban government is likely to “seek support in combating its own terror threat from groups like [the Islamic State in Khorasan Province], which some experts believe will create another point of leverage for the U.S.”

One of the pessimists appears to believe that, as in the Cold War, there may become what General Turgidson in “Dr. Strangelove” would have called a “leverage gap” between the US and Russia or China. “Other world powers could undercut America’s leverage.”

The trauma Americans experienced after Saigon, nearly half a century ago, and Kabul today has provoked what might be called the first “leverage crisis” in US history. For more than two centuries, the United States has carved out, largely unimpeded, its areas of influence in various parts of the world. Areas of influence eventually evolved into “spheres of influence.”

Following World War II, American strategists realized they could conquer, economically if not politically, the great sphere itself, the earthly globe. The globalization of what was originally the US version of Europe’s capitalist economy, along with a reinforced ideology thanks to thinkers from the University of Chicago, led every strategist within Washington’s Beltway to assume that the globe itself could become America’s hegemonic domain.

Exercising geopolitical and economic hegemony required two things: physical presence — provided essentially by multinational firms and American military bases — and a toolbox of influence, which could take the form alternatively of overt and covert military action or economic sanctions. Ever since the collapse of the Soviet Union, the US State Department has wielded those tools with a sense of ever-increasing impunity as it proceeded to intimidate both its allies and nations that refused to acknowledge their tributary status with regard to US influence. For the past four decades, the US has relied on either warfare — invasion, occupation and bombing campaigns, unlimited in time and scope — or increasingly severe economic sanctions to reaffirm what was officially formulated as influence, but exercised with a spirit of hegemonic control.

The debacle in Afghanistan reveals a deeper trouble at the core of strategic decision-making in Washington. The new emphasis on the concept of leverage can be read as an admission that the toolbox to manage a sphere of influence has lost much of its efficacy. For decades, the idea of applying and reinforcing influence dominated Washington’s strategic thinking. It is now being replaced by the much more fragile idea of exercising leverage. Both the State Department and the media pundits appear puzzled about what that might mean.

The concept of leverage comes from the field of mechanics. It describes the function of a lever. “Levers convert a small force applied over a long distance to a large force applied over a small distance.” Twenty years of yet another futile, expensive and demonstrably stupid war appears to have taught Washington that it no longer has the control over distance that it formerly believed it had. Its wasteful actions have also diminished its force.

Making leverage work in mechanics requires some careful analysis, preparation and effective execution. These are efforts the strategists, planners and decision-makers, convinced of the indomitable force of their influence, have consistently failed to carry out in a competent way. Could it be too late for them to learn the art of leverage? Or is the very fact that they are now obliged to think in terms of leverage rather than influence so humiliating an experience that they will fail to engage?

This may be the occasion for US President Joe Biden to leverage the vaunted “power of our example” rather than the “example of our power” that he so regularly mentions in his speeches. That would require some real geopolitical creativity. And does he really believe that the US could live up to that standard? Few commentators have remarked that Biden, true to his own tradition, plagiarized that line from Evan Augustine Peterson III, J.D., who originally used it in 2005 to condemn the Iraq war that Biden had so forcefully promoted as chairman of the Senate Armed Services Committee.

In 1823, President James Monroe promulgated the Monroe Doctrine that continues to this day to dominate US relations with the entire American continent. It became a permanent feature of the mindset of US strategists, who without a trace of tragic irony routinely consider Latin America in its entirety, right down to the Tierra del Fuego, as Washington’s “backyard.” Peter Hakim, a senior fellow of the Inter-American Dialogue, in a Foreign Affairs in 2007 article with the title, “Is Washington Losing Latin America?” dared to express the feelings not only of the US political class, but also those of the USA’s neighbors. “Perhaps what most troubles Latin Americans is the sense that Washington just does not take the region seriously and still considers it to be its own backyard,” he wrote.

In 1823, Latin America’s population consisted of three broad socio-cultural and ethnic components: indigenous people who occupied most of the mountainous interior; descendants of Iberian Europeans (Spanish and Portuguese) who, following their 15th and 16th-century conquests, dominated the political and economic structures; and imported African slaves (primarily in Brazil). All three were as distant from the dominant Anglo-Saxon culture of the US as anyone could imagine. These were the populations President Monroe wanted to “protect” from hostile action by European powers.

Through its own expansion justified in the name of “manifest destiny,” the US had demonstrated how it would deal with indigenous Americans. Primarily through genocidal warfare. It demonstrated its attitude toward Africans, deemed useful purely for economic exploitation as slaves. As for the Spanish and Portuguese-speaking populations who created the culture that prevailed across all the coastal regions of Latin America, they belonged at best to the category of second-class Europeans. The fact that the majority were mestizos (mixed-race) defined them irrevocably as third-class. At least they could thank their hybrid status for being spared the fate of the true indigenous, who could at any moment, even in recent times, be subjected to genocidal treatment.

In 1904, President Theodore Roosevelt refined the Monroe Doctrine by adding the Roosevelt Corollary. It “stated that in cases of flagrant and chronic wrongdoing by a Latin American country, the United States could intervene in that country’s internal affairs.” If during the 19th the Monroe Doctrine functioned mainly as a barrier to European incursion, by the beginning of the 20th century, the US had come to understand the value for its burgeoning capitalist economy of controlling what came to become a continental sphere of influence. Controlling meant having the power to organize the economy of the countries under its influence.

Following the Second World War and the collapse of nearly all the vestiges of European colonization, the US discovered that the entire globe could potentially become its sphere of influence. Some have called the period of the Cold War the Pax Americana, simply because the standoff with the Soviet Union never became a hot war between the two massively armed superpowers. But throughout the period there were proxy wars, clandestine operations and regime change campaigns galore that meant the heat was never really turned down.

What a comedown it must be today to have to debate how to exercise leverage. 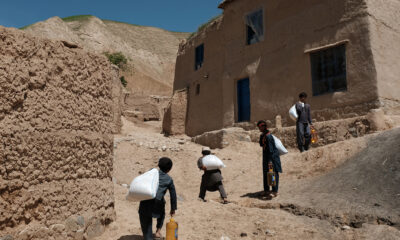