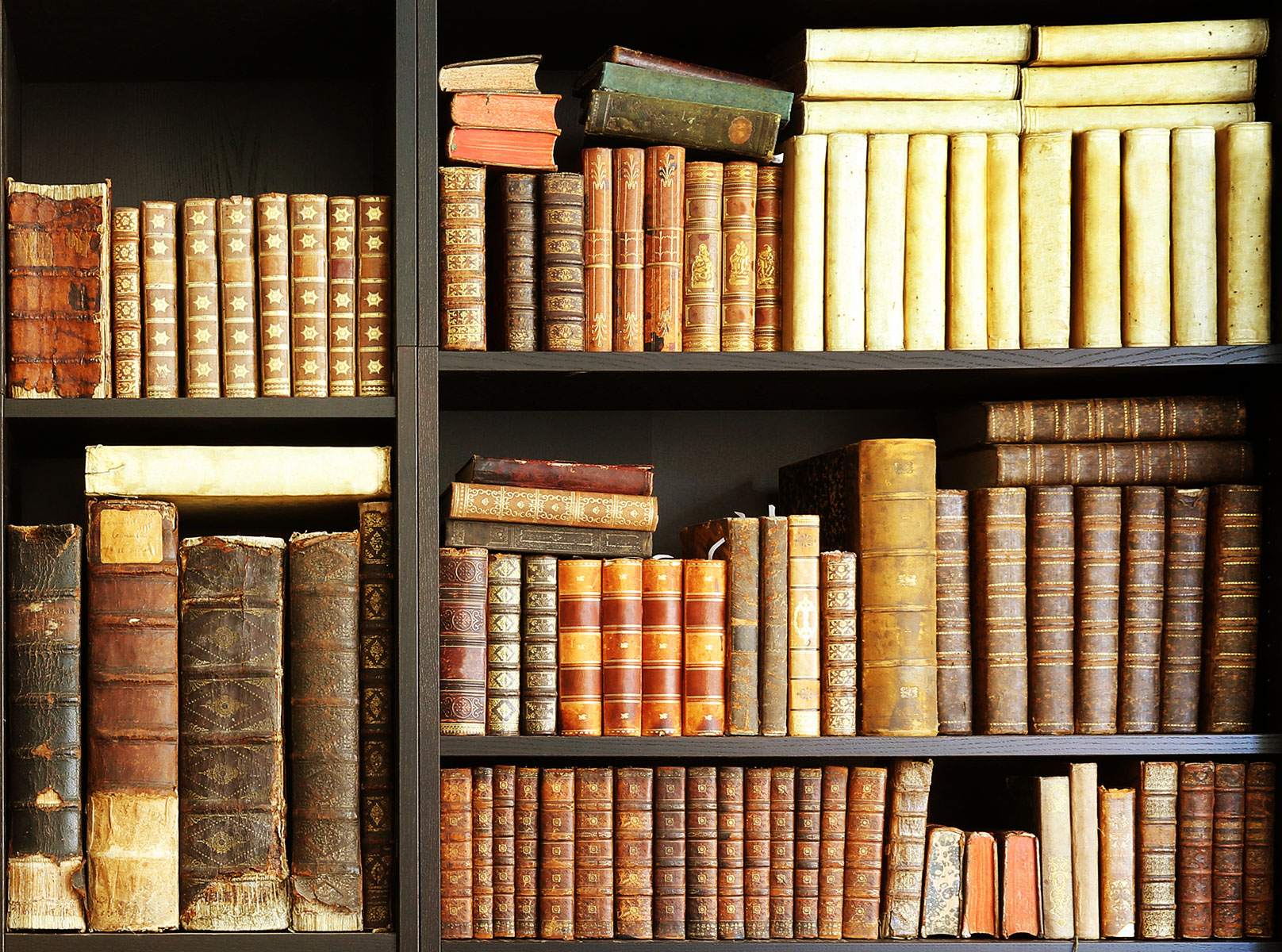 A creative British judge has demonstrated how judgments in criminal cases need not be about meting out humiliating, painful punishment to the guilty. In the case of 21-year-old Ben John, accused of acts identifying him as a “terror risk,” the punishment prescribed by Judge Timothy Spencer QC consists essentially of reading works by Charles Dickens, Jane Austen, William Shakespeare, Anthony Trollope and Thomas Hardy. John will return to court three times a year “to be tested on his reading.”

Ben John’s crime consisted of downloading exactly 67,788 documents that appeal to right-wing terrorists. Call it downloading with intent to read. According to the BBC, “He was arrested in January 2020 and later charged with offenses under the Terrorism Act, including possessing documents on combat, homemade weapons and explosives.” To be clear, he didn’t actually possess weapons and explosives, merely documents about them. According to John’s attorney, even the prosecution didn’t believe he was planning a terrorist attack.

The Musical Is Political: Black Metal and the Extreme Right

Understanding the diminished nature of the threat, alongside the fact that he technically did violate a modern law that some complain encourages abuse by law enforcement, the judge gave this account of John’s taste in downloading: “It is repellent, this content, to any right-thinking person. This material is largely relating to Nazi, fascist and Adolf Hitler-inspired ideology.”

Britain is a nation and a culture that lives and breathes through its awareness of its centuries-old traditions. The idea of “right-thinking” cannot be defined by any law, but instead of being discarded, as it would be in the US, thanks to the British perception of the weight of its inherited culture, the concept can be credibly invoked in a courtroom and even figure in a verdict. Judge Spencer apparently believes the key to becoming a right-thinking citizen is to practice being a right-reading citizen. A clear-headed judge in the US applying the same logic would impose reading the law, not works of fiction.

Judge Spencer understands that knowing the law isn’t enough. Thinking like a good Englishman requires familiarity with great English writers of the past. And it must be the past. In his list there is no Martin Amis, Ali Smith, Ian MacEwan or even 20th modernists such as Virginia Woolf, Joyce Cary or D.H. Lawrence. Right-thinking English society reached its pinnacle more than a century ago.

It stopped evolving at the beginning of the 20th century, by which time all British citizens were expected to understand at least that part of a dying empire’s heritage. This judgment reveals that the nostalgia for a society of the queen’s right-thinking subjects remains a powerful cultural force in British society.

John’s lawyer described his client’s character as “a young man who struggled with emotions; however, he is plainly an intelligent young man and now has a greater insight.” Perhaps the judge expects that John’s reading of great works from the past will inspire him to become a writer himself, making him not only right-thinking but even an active contributor to the perpetuation of the literary tradition that defines the nation’s greatness. John may even be inspired to take up writing his own dramatic story. Instead of engaging in the crime of downloading with intent, he may start uploading with creative ambition.

This legal episode may leave the reader of the article with the impression that the judge regrets not having pursued a vocation in academia and is using the opportunity to hone his skills as a literature teacher. On that score, Judge Spencer may risk falling into the trap of the great British tradition of imitating a cast of despotic, if not sadistic headmasters and superintendents, on the model of Dickens’ Thomas Gradgrind in “Hard Times.”

There is a hint of Dickensian severity in Spencer’s formulation of the young man’s sentence: “On 4 January you will tell me what you have read and I will test you on it. I will test you and if I think you are [lying to] me you will suffer.” But unlike Gradgrind — who condemned “fancy” (“You are never to fancy”) and promoted “fact, fact, fact” — by imposing fiction, Spencer may even be encouraging the development of John’s fancy, so long as it stays close to what right-thinking people fancy.

John’s barrister, Harry Bentley, reassured the judge: “He is by no means a lost cause and is capable of living a normal, pro-social life.” The term “pro-social” should be taken as a synonym of “right-thinking,” which means not “Nazi, fascist and Adolf Hitler-inspired.”

The judge mentioned some specific titles of works that John will be expected to read, all of them works that belong to the prestigious history of English literature. Judge Spencer gave this specific instruction: “Start with Pride and Prejudice and Dickens’ A Tale of Two Cities. Shakespeare’s Twelfth Night. Think about Hardy. Think about Trollope.” Apart from Shakespeare, these are all 19th-century writers. In their works, they describe the material, social and economic conflicts that concerned people living in a world that has little in common with today’s reality.

These novels reflect in different ways the impact of the momentous change as a formerly rural society was overturned by industrialization. Is it reasonable to think a young extremist of the 21st century will be able to learn from such examples?

We are left wondering at what the chosen titles mean for the judge himself and what impact he expects them to have on the man accused of terrorist tendencies. Will the preoccupations of a destitute gentry in the early 19th century in “Pride and Prejudice” provoke some epiphany for the young man? Will the absurdly melodramatic pseudo-political events Dickens situates during the French Revolution in “The Tale of Two Cities” clarify his ideas about radical politics?

Does the judge expect that the subtle confusion about a twin playing at reversing her gender role in Shakespeare’s sublime comedy will effectively educate John on the subtleties of sexual identity and help him to nuance his opinions on homosexuality?

Depending on how he conducts the discussion sessions around the convicted man’s readings, the magistrate may be creating a precedent that is worth imitating in other cases of individuals with terrorist inclinations. Calling great writers of the past as witnesses of what right-thinking people believe will at least rob such individuals of the time they would dedicate to reading downloaded extremist literature. It’s a question not of fighting fire with fire, but with comforting warmth.

There is a problem, however. Understanding what Shakespeare, Austen, Dickens and others had to say requires delving into the history of their times and the modes of thought that accompanied those times. We might even wonder how right-thinking these authors were. Shakespeare in particular left hints that he wasn’t very fond of the oppressive order he was living under. His form of protest was not to download instructions provided by Guy Fawkes (who did attempt to blow up Parliament), but the texts of his tragedies that indirectly express his doubts about the existing political order.

For Shakespeare, something was rotten in England as well as Denmark, and the time was clearly out of joint. He carefully avoided appearing too subversive from fear of the temporal power that would inevitably accuse him under the Elizabethan version of the Terror Act.

Judge Spencer has nevertheless defined a noble course of action in this particular case. Let us hope that he is up to the task as a teacher. If he does succeed, we should recommend his example for handling future cases of intelligent individuals so disturbed by the reigning hypocrisy that they become ready to embrace ideas pointing in the direction of terrorism. Given the constant degradation of our political culture and of the trust people are willing to put in our political leaders and the justice system itself, such examples in the near future are likely to be legion.