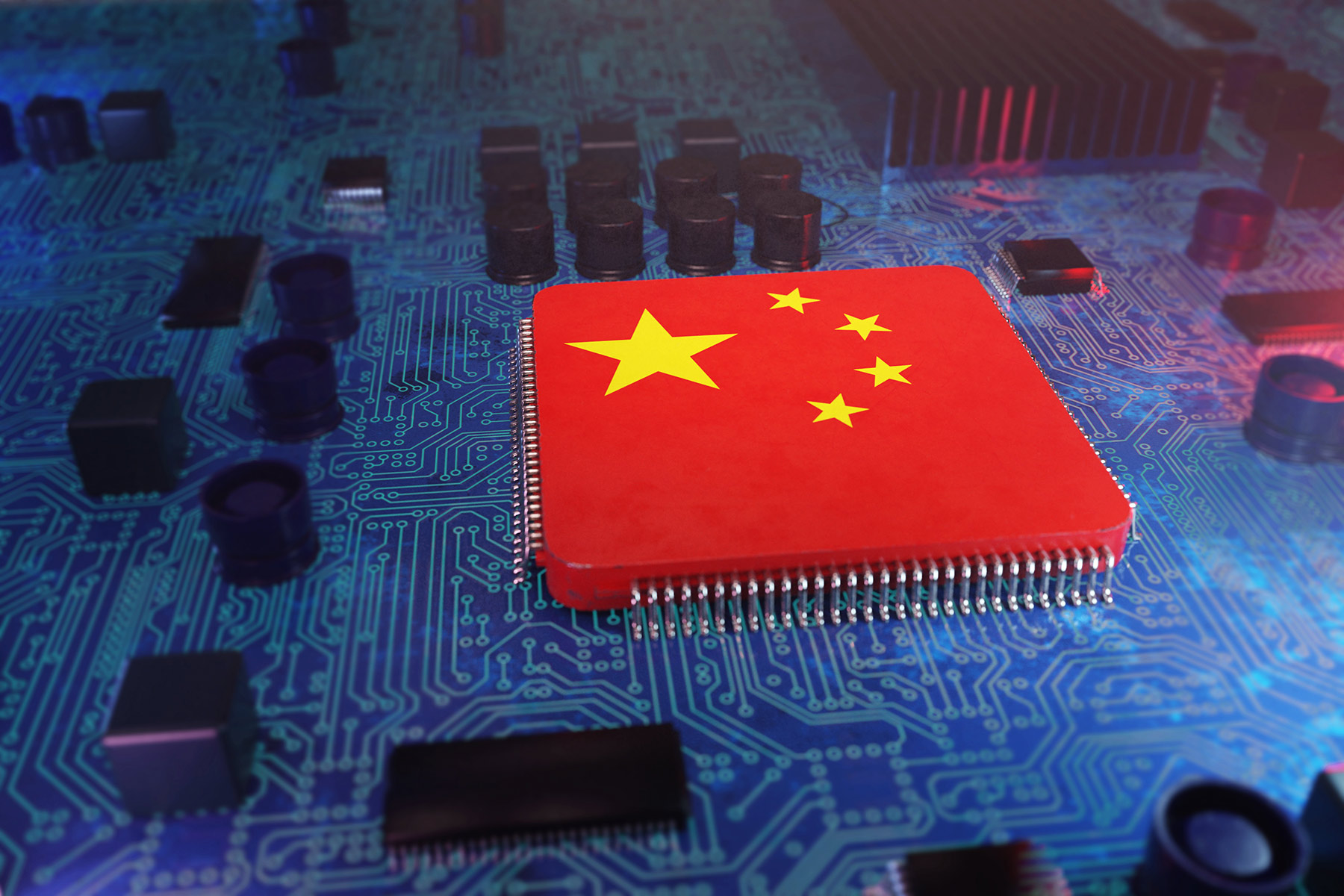 Associated Press reporter Nomaan Merchant has been listening to the latest warnings from the US intelligence community that wants the public to understand it is time to be seriously afraid of China. It’s not just about Beijing’s military might. The real problem is that the Chinese are thieves, specialized in purloining intellectual property. It is the duty of all Americans to keep the treasures of US technology hermetically sealed off from prying Chinese eyes.

As Merchant reports, the National Counterintelligence and Security Center has launched a media campaign “to inform business executives, academics and local and state government officials about the risks of accepting Chinese investment or expertise in key industries.”

Thanks to the testimony of whistleblower Frances Haugen before Congress, even previously unsuspecting senators now appear aware of the formidable capacity of US companies like Facebook to use the immense power of their monopolistic position and their manipulation of the data they collect to disrupt society, distort politics in a democracy and poison people’s lives. Members of Congress have vowed to discipline, if not dismantle, Facebook. Whether they ever consider that Facebook’s case may be evidence of a broader problem that may extend to the government itself remains to be seen, but it seems highly unlikely that they will make that effort.

The intelligence community and the AP now want us to understand that, where data is concerned, there is a far bigger problem: China. In the past, Americans welcomed Chinese investment in the US. It boosted the economy, created jobs and promoted innovation. All that has changed. They now understand that Chinese investors in the US and Chinese tech workers hired by US companies have only one thing in mind: stealing American intellectual property.

Thanks in part to the Facebook scandal, many Americans for the first time seem dimly aware of the danger to their well-being posed by giant organizations that control data. These tech giants wield the power to imperil the stability of society as a whole and the individuals who compose it. But because Americans distrust governments more than corporate greed, they logically fear any government that does what Facebook is doing. At the same time, they naively assume that if Facebook and Google are doing it, their government is not doing exactly the same thing, often in collusion with the private firms.

On the other hand, everyone knows that the Chinese government is doing it, albeit not to make a profit for shareholders but to respond to the needs of its population and consolidate its own power. For Americans, it is far more patriotic to allow private companies to manipulate markets, silently deploy invisible algorithms and deviously extract from an unwitting population the wealth that will enable one of today’s struggling tech billionaires to become a centibillionaire tomorrow. In fact, the US does both.

Facebook, Google and Amazon clearly have become data-rich powerhouses because, unlike governments, they have never been distracted by the potential social benefit of their products. They focus on financial profit. They may seek to limit the amount of visible harm they do to protect their brand. But the certainty of profit always trumps an incalculable risk of harm. Google admitted this when it finally let go of its original motto, “Don’t be evil.”

The focus on profit allowed these companies to become the uncontested leaders in the domain of data production, manipulation and control. Americans tend to see the fact of endowing private enterprises with a monopoly on harmful activity as the definition of freedom. The firms are free to make a profit, and the general population is free to access their software, apparently free of charge. The consumers pay by invisibly and, therefore, painlessly providing the data that turn them into virtual but voluntary slaves of the tech giants’ sophisticated commercial system. Could anyone imagine a more efficient system? Slaves who don’t find reason to complain work harder.

Compare that with the Chinese model. There are some real similarities between the two. Those who hold power in both cases see the system as an effective means of supervising vast populations and influencing behavior. But the Chinese government is less interested in provoking specific behaviors designed purely for profit. Consistent with Chinese culture, even while consolidating control, the government is guided by the ideal of harmony. It may be authoritarian, but Westerners are wrong to call such a system totalitarian. Just as Americans believe profit is the key to economic development, the Chinese rally around the idea that what is done in the name of harmony is good.

The real difference between the two models lies in the basic motivation. One seeks stability, even at the price of constraint. The other, in the name of freedom, seeks to provoke a form of instability that stimulates consumption and, ideally, addiction. One begins by considering the collective needs of an entire society. The other focuses on the needs of individuals who can afford the price.

The National Counterintelligence and Security Center appears to be preaching for the decoupling not just of the Chinese economy from the US, but of Chinese culture altogether. It nevertheless offers this half-hearted disclaimer: “While the center does not intend to tell officials to reject Chinese investment, it will encourage efforts to control intellectual property and implement security measures.” But the message is clear: Get them damn foreigners out of here. It targets not just investors, but also workers and students.

This complaint is not new. The idea Americans have of Chinese history is that after offering the world silk, gunpowder and tea, China has contributed nothing to the global economy and only seeks to profit from the dynamism of Western economies. China cynically waited for innovative entrepreneurs in the US to produce wonders and then devised a plan to imitate or simply steal those wonders.

The foundational belief held by most Americans turns around the belief that private property is sacred and applies even to language (copyright) and abstract ideas (intellectual property). This is something of a historical innovation, but it contains some serious flaws.

The most obvious flaw in the reasoning has appeared in the saga concerning COVID-19 vaccines. In 2020, Bill Gates led the successful campaign to give priority to protecting the intellectual property generously attributed to pharmaceutical companies over any project seeking to protect the global population. It followed the principle of serving those who can afford it and rewarding those who monopolize intellectual property rights. This policy has led to a prolonged succession of new waves of the pandemic due to predictable mutations.

The AP article mentions “indictments alleging theft of sensitive U.S. information on behalf of China, including vaccine research and autonomous vehicle technology” as examples of the Chinese threat. Some of the millions of people who have died of COVID-19 and many more whose lives or livelihoods have been upset by the pandemic might have deemed the supposed theft of vaccine research a virtuous act — and not only because it was public money that paid for vaccine development.

The other example cited, concerning autonomous electric vehicles, is also illustrative, since the rapid phasing out of cars running on fossil fuel could possibly serve to attenuate an ongoing climate disaster that threatens everyone.

According to the standards of Western law and culture, China is clearly guilty of theft on all counts. But Western media has some serious work to do if we are to avoid a new Cold War. The hope that China will evolve into a Western-style social democracy is as misplaced as it was in Iraq or Afghanistan. The BBC demonstrates a deeper understanding than AP when it helps its readers to understand that “China celebrates ‘harmony’ (hexie) as a ‘socialist value.’” This echoes the permanence of Confucian culture that BBC glosses over as an “ethical system that combined hierarchy, where people would know their place in society, with benevolence, the expectation that those in superior positions would look after their inferiors.”

Europe experimented with the idea of benevolent dictatorship in the 18th century and failed, before evolving toward social democracy, more than two centuries and two world wars later. China hasn’t failed yet. Given time, it might evolve to become a social democracy. So might the US. 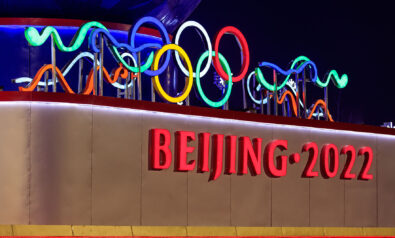 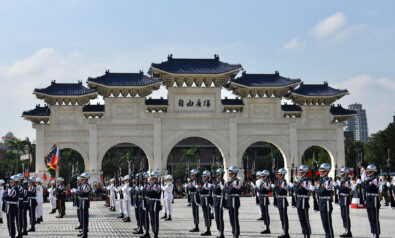 Will the US Maintain Its Strategic Ambiguity Toward Taiwan? 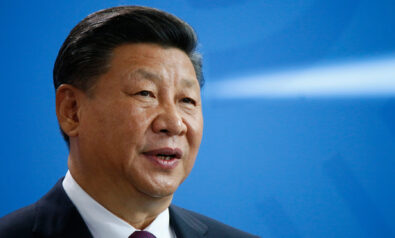 On China, The Times Avoids Substance to Promote Propaganda