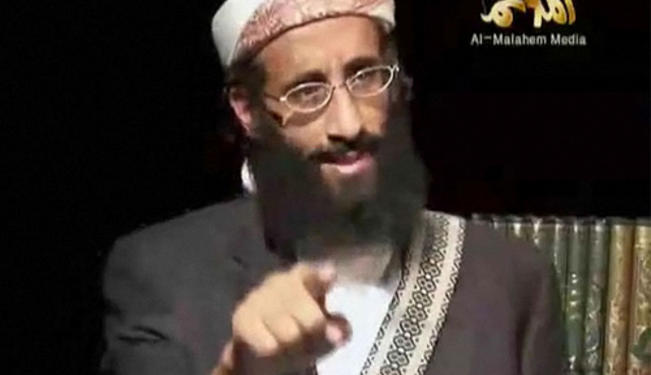 Analysis on the manner of bin Laden’s death, and what the extra-judicial killing of terrorists means for counter-terrorism in the future.

In May 2011, Osama bin Laden was killed – a triumph for the administration of Barack Obama, the intelligence agents who found him, and the special operations soldiers who caught him.

At the same time, bin Laden’s death was of little significance to current terrorist operations and threw away a genuine opportunity to change counter-terrorism for the better.

Bin Laden’s death was just one of many in a strategy of extra-judicial killings (mostly by unmanned aerial vehicles or drones), accelerated by George W. Bush at the end of his administration as a replacement for his curbed strategy of wars and detentions. Within a few months of taking office in 2009, Barack Obama’s administration focused even more on the strategy of extra-judicial killing, after failing to persuade Congress and Americans generally of the virtues and practicalities of judicial prosecution of terrorists.

The President’s main public struggle with the legacy of the war on terror was the resolution of hundreds of detainees of uncertain legal status at Guantanamo Bay, Cuba, and less well-known extra-judicial detention sites elsewhere. As a candidate, Obama pledged to close the camp and judicially prosecute or release the detainees, but as President he faced domestic political opposition to bringing any terrorists into the continental US, sending terrorists back to hotbeds of terrorism (Yemen is the country of origin for the largest national group at Guantanamo Bay), or releasing any detainees who would reveal the sordid details about the petty and injudicious ways in which most of them were detained and treated.

The President faced real counter-terrorist operational choices between extra-judicial killings and detention. The President escalated the killings and fecklessly tinkered with the detentions. Mostly secretly, the Obama administration increased the number of lethal attacks on alleged terrorists, from Sudan to Pakistan.

The killing of bin Laden followed this pattern. Probably US operators knew that bin Laden was not wanted alive. The President’s main deviation from practice was his apparent insistence on using force on the ground, rather than delivered from the air. He insisted on certain resolution with a decreased risk of collateral casualties, despite the greater risk of friendly casualties, and he deserves credit for this decision.

Many people celebrated the death of a certain terrorist. Some characterized it as justice, others as a decisive blow to al-Qa’ida. Yet the problem with extra-judicial killing remains the stimulus towards more terrorism justified as retaliation for illegal counter-terrorist acts. Osama bin Laden had achieved his objectives before his death. He had struck the US at home, caused more casualties in one attack than any other terrorist event, provoked a costly US reaction, mired US forces in Afghani and Iraqi insurgencies, inspired local terrorists inside target Western countries, and escaped justice for nearly one decade since the attacks of 11 September 2001 (9/11) and about two decades since his first involvement in terrorism.

Osama bin Laden was not in control of current terrorists when he died. The terrorist threats to the US are concentrated in groups that took the name of al-Qa’ida but not his command. Al-Qa’ida in Iraq (Mesopotamia) effectively stimulated civil war between Shia and Sunni. According to leaked intelligence intercepts, bin Laden counseled al-Qa’ida in Iraq against such diversion from his primary targets in the west. Al-Qa’ida in the Maghreb effectively waged war on secular autocracies in North Africa and aided Jihadis in Europe without bin Laden’s aid.

Most dramatically, Al-Qa’ida in Yemen (the Arabian Peninsula) developed from local insurgent aspirations into the greatest threat to the US today, under a younger and more fluent leader – Anwar al-Aulaqi, whose cultural and linguistic literacy has more directly inspired Western terrorists. While Osama released occasional and obtuse messages. Al-Qa’ida in Yemen became the innovative and ambitious group that bin Laden’s group used to be. It sent Nigerian-born Umar Farouk Abdulmutallab with explosive underpants on a flight to Detroit on 25 December 2009. No other attack came closer to success within the US since 9/11. Al-Qa’ida in Yemen then mailed to the US explosives hidden inside printer cartridges, rigged to detonate while the carrier was in mid-air, probably in US air space. These attacks failed apparently due to a mix of user error and unusual public vigilance.

In September 2011, Aulaqi was killed by a US drone strike. Again, this was a triumph for US intelligence and a robust strategy. Al –Qa’ida is practically defeated and marginalized by the Arab revolutions of spring 2011. But al-Qa’ida survives. In 2012, al-Qa’ida survives at local levels and was supposedly involved in the revolutions in Libya in 2011 and in Syria in 2012. Independent of al-Qa’ida, but inspired by it, is the wider jihadi terrorist movement that is the true threat that individual killings cannot defeat.

Capture and trial of Osama bin Laden or Aulaqi would have granted the administration an opportunity to change the character of US counter-terrorism, away from its legacy obsession with public safety at any cost and towards a more judicial process, in which terrorists are treated as criminals, subject to execution during lethal terrorist acts, but otherwise more usefully captured and prosecuted. Prosecution exposes the terrorist’s ludicrous justifications and creates a sustainable judicial regime against terrorism that nobody could condemn.

The current strategy does materially damage al-Qa’ida and its derivatives, but leaves behind martyrs on battlefields of their own choosing, martyrs who continue to inspire generally, even though their deaths certainly deter locally.