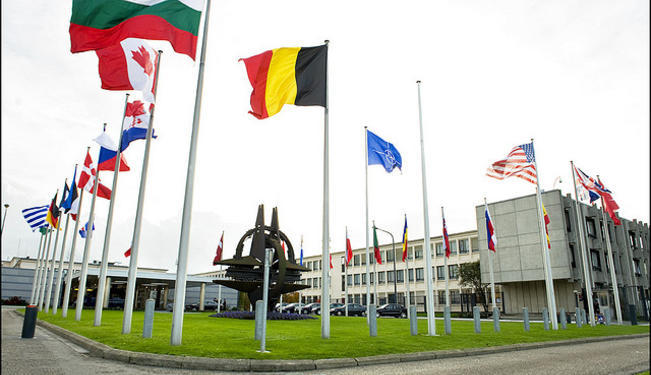 An outlook on NATO’s potential evolution.

Once the world’s most formidable military alliance, today’s NATO is a shadow of what it used to be. Its original reason for existence, the Soviet Union, disintegrated years ago, and its dreams of being a world policeman are withering in the mountains of Afghanistan. Libya has demonstrated NATO’s lack of cohesion and its weaknesses in a conflict with a minor military power. However, eliminating NATO is not an optimal course of action, as it is still the only platform that connects Europe and North America from a standpoint of security. It would be detrimental to let NATO fade away, as it would have to be reinvented someday. And that will not be easy.

After recent conversations with fifty political and military leaders, I believe NATO’s future relevance depends on its willingness to be bridged to the EU’s increasingly successful Common Security and Defense Policy. Under this new version of NATO, a sort of NATO 2.0, the Alliance would be bridged to CSDP and would only undertake missions that the United States, Europe, and Canada believe are in their mutual and vital national interests. In such a scenario, the EU via CSDP would be responsible for the defense and security of Europe and its periphery, using NATO assets as it deems necessary.

Fortuitously, the Lisbon Treaty is now poised to play a leading role in this transformation. Since 2003, the EU has used CSDP to conduct 27 civilian and/or military missions from Africa to Asia, deploying more than 80,000 personnel, including soldiers, policemen, judges, custom officials, monitors, and rule of law experts. The missions include the deployment of 3,700 troops to Chad, and the anti-piracy naval force off the Somalian coast.

Remarkably, all these deployments were planned and executed without a permanent military headquarters (MHQ). Opposition from NATO forced the EU to set up a system of five virtual MHQs. Under this system a new MHQ is designated for each European mission deployment. The MHQ is used only for the duration of the mission; after the deployment, MHQ staff return to their home countries. Every mission repeats the cycle of designating and standing-up a new MHQ. It is a very inefficient and costly process that a permanent EUHQ would eliminate.

For those who suggest CSDP should use the existing NATO MHQ, there are a number of barriers to such an arrangement. First, NATO is American-led while CSDP manages missions that are in the EU’s national interest, ones which may or may not be aligned with American national interests. CSDP has proven expertise in planning civilian missions, a capability that NATO is still trying to develop. Additionally, CSDP has deployed missions to countries that did not want NATO forces and its implicit American presence on their soil.

In a bold move to rectify the EUMHQ deficit the foreign ministers of Germany, France, Poland, Italy, and Spain recently sent a letter to Baroness Ashton, the EU High Representative for Foreign and Security Policy, in which they asked Baroness Ashton to set up a permanent military headquarters in Brussels for the purpose of planning, organizing, and executing EU civilian-military missions outside the NATO chain of command.

This request is especially noteworthy because the EU5 make up 55% of the EU’s total defense expenditures. All five are in the midst of the worst economic downturn in the last half century, and are experiencing relentless pressure to cut defense expenditures. Pooling defense procurement, eliminating duplication, and focusing on strategic weapons capabilities for the conflicts of the 21st century are the only way to cut defense spending while still maintaining a potent EU defense capability, as the letter makes clear: “We believe it [EUMHQ] remains the most comprehensive basis for further work on all the issues: capabilities, including civil-military planning and conduct capability, battle groups and EU/NATO relations.”

To succeed in their quest for an EUMHQ, the five countries will have to bypass the UK’s legendary opposition to any move that facilitates a European capability to project military force independently from the United States. To overcome the British opposition the five countries suggested setting up the military headquarters using the Permanent Structured Cooperation clause in the Lisbon Treaty. This would allow the EU5 to move ahead with their plans with just a qualified majority vote in the European Council, effectively denying Britain an opportunity to exercise its veto powers.

It is interesting to note that even if it chooses to remain outside the EUHQ, Britain would still be part of the rationalization of EU defense expenditures, due to its recent defense treaty with France. The far-reaching treaty allows the two countries to jointly develop and procure a range of advanced weapon systems including unmanned aerial vehicles, nuclear submarine equipment, military satellites, missiles, nuclear weapons research, and shared aircraft carrier operations.

The establishment of the EUMHQ means a pooling of military production and procurement, effectively creating an EU-wide defense industry. This is hugely important because the EU5, including the United Kingdom, would account for about 90% of the EU’s defense spending. Thanks to the Lisbon Treaty, even without the UK’s participation in the EUMHQ, all of the EU’s defense expenditure will be more efficient.

Once the EUMHQ is established, and a leaner and more efficient European defense sector begins to evolve, the primary responsibility for the security of Europe and its periphery should be transferred from NATO to the EU in a reasonably short period of time. The United States should play the leading role in this transformation of NATO’s responsibilities, since it has been asking the Europeans to rationalize their overlapping defense programs for decades.

Rebalancing transatlantic security responsibilities through the establishment of NATO 2.0 will speak to the depth of the transatlantic relationship and the nature of its growth since its inception, when Europe was almost completely reliant on the United States for its very survival. A North American pillar via NATO 2.0 within CSDP will ensure a mechanism within the EU for the United States, Canada, and Europe to act together.