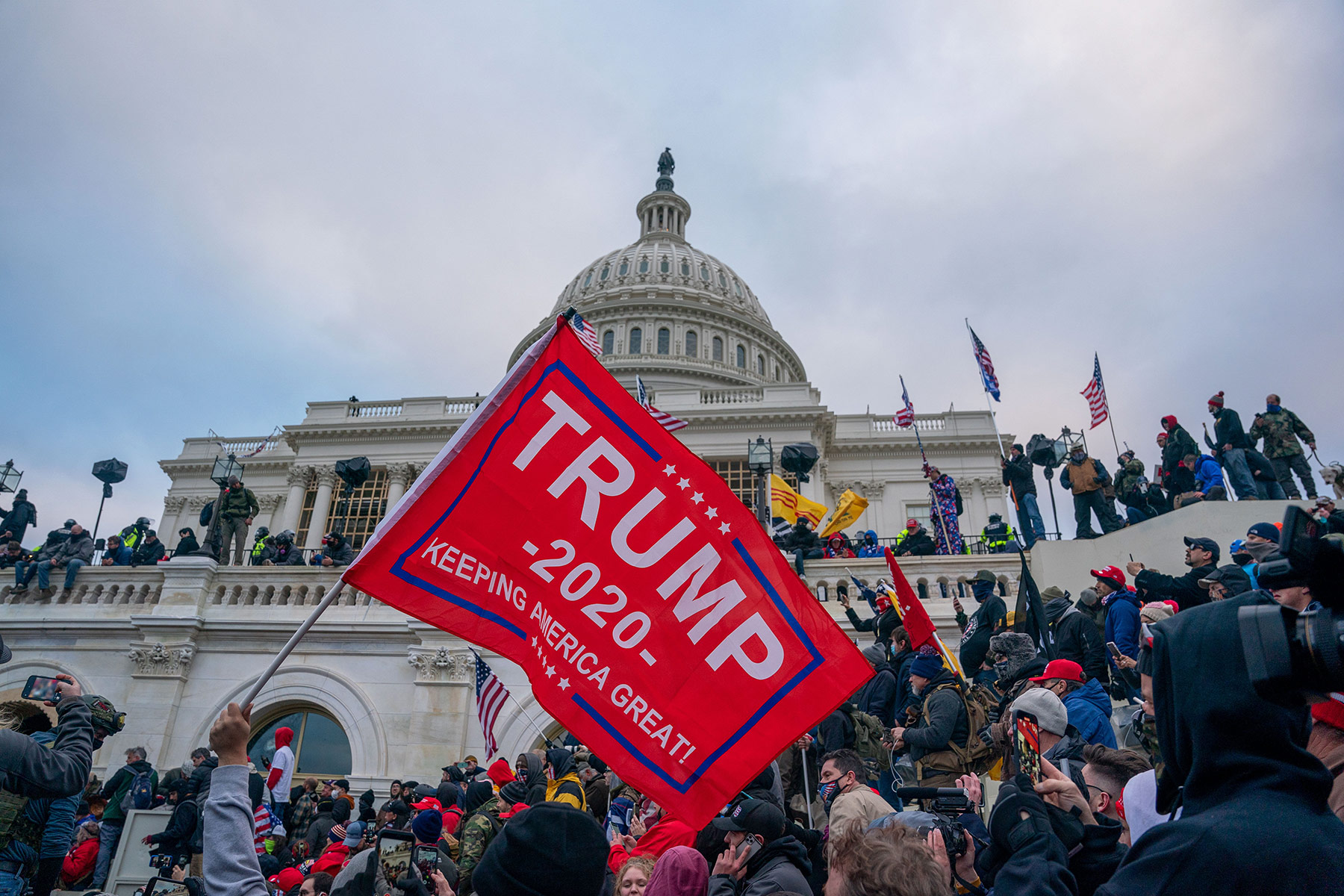 The US Capitol building in Washington, DC on 1/6/2021. © Thomas Hengge / Shutterstock

It is way beyond time to wonder how Donald Trump, most of his close associates and some members of his immediate family are still breathing the heady air of freedom from criminal indictment. America and the world have watched one of the world’s preeminent grifters lie, cheat and steal in plain sight for years without any meaningful measure of accountability. Trump lives the good life, surrounded by sycophants who do his bidding, while thumbing his nose at the justice system he has done so much to undermine.

There is a remedy, but it appears to be absent without explanation. By now, there should be a full-blown and multifaceted investigation led by the US Department of Justice (DOJ) that focuses all of the formidable law enforcement authority of that institution on Trump and his high-level merry band of criminal conspirators. It should have as its driving purpose ensuring some measure of accountability for any and all associated criminal misconduct, especially that of Trump himself.

Will the US Maintain Its Strategic Ambiguity Toward Taiwan?

When President Joe Biden nominated Merrick Garland to be America’s attorney general, the head of the DOJ and the nation’s top prosecutor, Garland was quick to highlight the importance of the rule of law as a cornerstone of America’s democracy with the imposition of impartial and equal justice as its guiding light. The nomination acceptance speech was a good one, but the application of its principles to Trump and his co-conspirators seems to be missing in action.

Without a doubt, Garland appears to be a man of integrity and considerable legal acumen. Although early in his career he was a prosecutor, he is best known for well over two decades of service as a judge on the US Court of Appeals for the District of Columbia Circuit, the last seven years of which were as chief judge of that court.

So, where is he in what should be one of the biggest and best moments an experienced and committed prosecutor can imagine? High-level government officials, including an ex-president and his acolytes, almost surely conspired to overthrow the federal electoral process that is so often touted as the critical element of the democratic and peaceful transfer of power. Just to sweeten the pot, they organized and bankrolled a criminal insurrection at the US Capitol as a fundamental part of their conspiratorial efforts. And this doesn’t even touch years of lying, cheating and stealing their way to corrupt ends.

Yet, as best I can tell, a relatively limited and flawed select congressional committee is the only entity focusing investigative resources on the grifter-in-chief and his conspiratorial insurrectionists. I like what that committee is trying to do, but I know what that committee will never be able to do: indict the indictable and drag them into criminal court where they belong. I will happily await the conspirators’ defense in front of a judge and jury while their expensive suits cover up the ankle bracelets that they all should be wearing by that time.

To be clear, it is fully appropriate that those who rioted at and inside the Capitol on January 6 should be held accountable for their actions on that day, as well. To its credit, the Department of Justice seems intent on providing some measure of that accountability, albeit often less than the actions of the rioters seemingly warranted. But much of the fodder for these prosecutions are low-level misfits urged forward and financed by mid-level and high-level conspirators seeking to use them as tools to preserve power and privilege for those who sent them forward in the first place.

To begin to understand the impact of the attorney general’s absence from the fray, it is worth taking a look at the interplay between the select congressional committee and a high-level co-conspirator and confidant of the grifter-in-chief, Steve Bannon. There is enough in the public record to establish the relationship between Trump and Bannon and the direct link of Bannon’s actions to the January 6 insurrection. When Bannon refused to cooperate with the investigators, produce documents and ultimately testify before the committee, the committee authorized a subpoena to require that cooperation.

This all sounded good until Bannon, as expected, thumbed his nose at the committee subpoena. This is straight out of the playbook used by the grifter-in-chief for decades. In response, the select committee and the full House of Representatives authorized a referral to the DOJ for prosecution of criminal contempt charges. This action was taken on October 21. Finally, a full three weeks after the referral, the DOJ indicted Bannon for criminal contempt of Congress.

While this may send a message to others in the cabal refusing to cooperate and testify, swifter DOJ action would have sent a much stronger message. And, perhaps most important, neither the indictment nor a conviction ensures that the select committee will get the documents and testimony they sought in the first place.

Viewed through a wider lens, it is now more than 10 months since the insurrection at the US Capitol. It is possible that Attorney General Garland and a prosecutorial team are hard at work on a major grand jury investigation of the events leading up to, during and following that violent assault on the building, on those protecting it and on the critical legislative process that was to take place on January 6. If there is such an investigation underway, there is seemingly no public record of it to this point, no leaks and no witness attorneys complaining about prosecutorial overreach. Meanwhile, it took over three weeks for the DOJ to act on a straightforward and simple criminal contempt referral from Congress that should have been anticipated from the day of the insurrection itself.

So, where is Attorney General Garland, the nation’s chief law enforcement officer, with the nation’s institutional foundation still under daily attack from the very co-conspirators whose actions propelled the insurrection and its criminal aftermath? I do not know. However, I hope that I am wrong and that a federal grand jury is actively investigating the co-conspirators and working its way toward the moment when the grifter-in-chief will finally be called to account.

While there is much general talk about accountability in our society, there has been little serious talk about the consequences of a specific failure to assign accountability at the highest levels for those conspirators inside the government, aided by co-conspirators on the outside. The events of January 6 were not an aberration. While the big show was on television for all to see, that show was camouflage for an attempted coup, an attempted overthrown of the nation’s constitutional order.

How do we know this? We know this because the grifter-in-chief and his acolytes are trying so hard to make it so hard for the rest of us to find out what really happened. Only the US Department of Justice has the authority, the resources and the skill set necessary to extract the full story and hold the responsible parties accountable.

This is a lot to put on the shoulders of Merrick Garland. But there it is.

Has Democracy Become a Threadbare Reality?