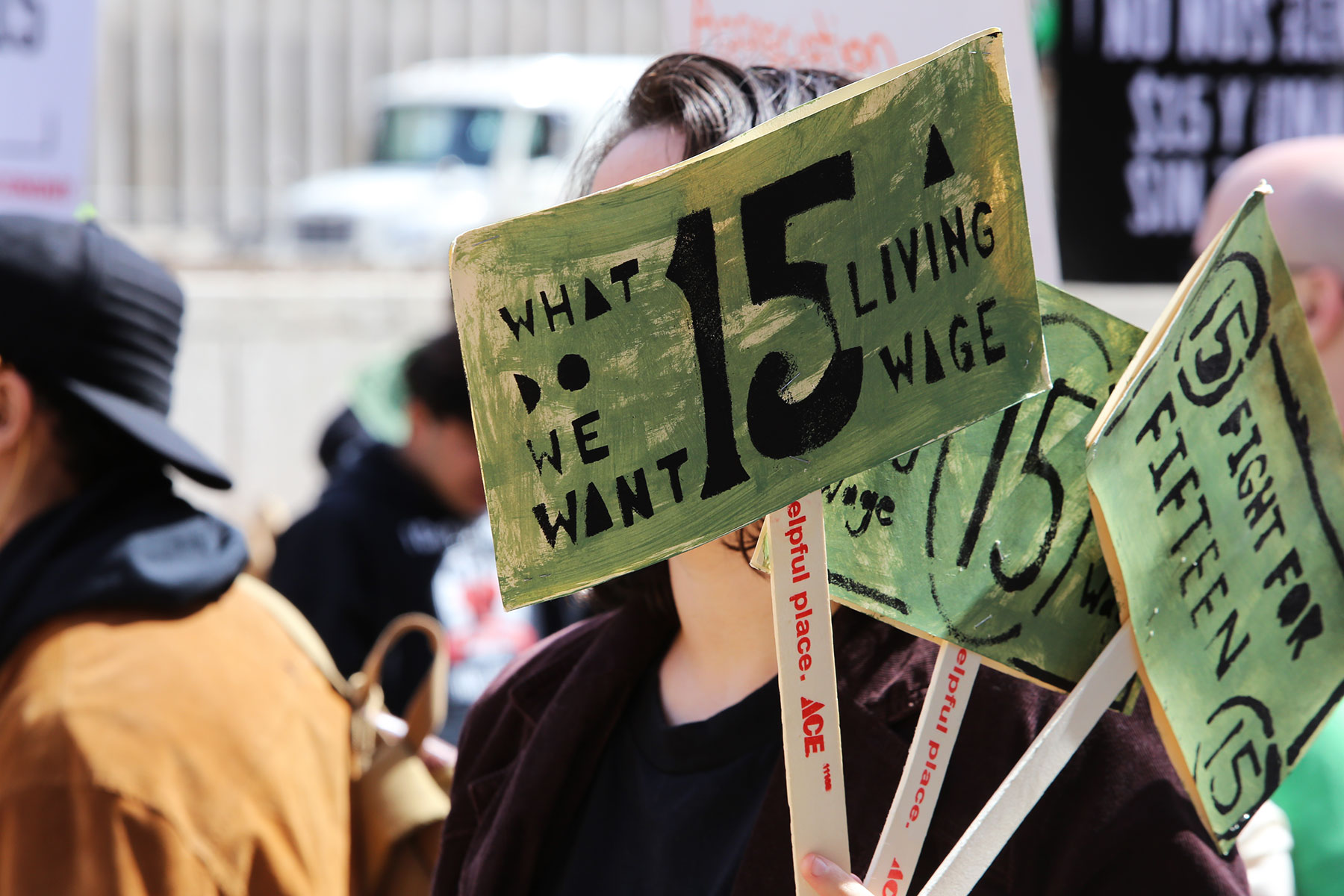 Since the federal minimum wage was introduced in the United States in 1938, it has provided a level of security for workers to be able to afford a minimal living standard. However, the minimum wage of $7.25 an hour has not changed since 2009, the longest timespan without an increase in its history. Critics argue that $7.25 is not a livable wage, which by 2018 was worth 14.8% less after adjusting for inflation. For nearly a decade, discussions about raising the wage have continued, with the minimum wage in 30 states now above the federal level.

Do Americans Really Need a Roof Over Their Heads?

Yet according to the National Low Income Housing Coalition’s 2021 report, a full-time minimum wage worker, whether at the $7.25 federal wage or higher state minimum wages, could afford a one-bedroom rental at market rate in only 7% of US counties. The report estimates that workers will need to make $20 an hour to earn a one-bedroom housing wage.

With debates around the issue ongoing, how sensitive is the American public to a minimum wage increase? President Joe Biden and congressional Democrats’ proposal for a $15 minimum wage may be popular among workers, but fear of the consequences complicate its passage.

To Raise or Not to Raise?

Businesses with razor-thin margins face a threat of closure if wages increase. The Congressional Budget Office (CBO) estimates that a $15 minimum wage would result in a likely loss of 1.4 million jobs. Likewise, the national deficit was also predicted to increase by $54 billion over the next decade if the wage were raised. Opponents argue that a new minimum wage will create more problems than it solves, fail to alleviate poverty and transfer the extra $333-billion cost to firms on to consumers in the form of higher prices. In contrast, Republican senators have floated increasing the minimum wage to $10 an hour in exchange for policy concessions on immigration.

Proponents of the $15 minimum wage assert that it will bring earnings closer to the rising cost of living expenses. A report by the Economic Policy Institute states that essential and frontline workers constitute 60% of those who would benefit from the higher wage. A National Low Income Housing Coalition report states that with a $15 minimum wage, some inland states would approach full-time wages that support modest rent at 30% of one’s income. The CBO report estimates that 900,000 Americans would be brought out of poverty with a $15 minimum wage. The raise would also decrease racial income inequality.

A recent survey by the Pew Research Center showed that 62% of Americans supported an increase of the federal minimum wage to $15, with only 10% opposed to any level of increase, with clear partisan differences: 72% of Republicans expressed opposition to a $15 minimum wage while 87% of Democrats were in favor.

We conducted a national web survey using quota sampling and recruited 625 American respondents via Qualtrics on June 22-24. Rather than just ask about support for the minimum wage in the abstract, we randomly assigned respondents to one of four questions to evaluate on a five-point Likert scale (strongly disagree to strongly agree). Targeted formulation of the statements allowed us to directly test whether support differs between $15 as the Democrats have proposed versus the $10 endorsed by some Republican senators. The methodology would also show whether support declines if primed to think about the potential negative impacts to small businesses.

With no mention of businesses closing, increasing the minimum wage to $10 was more popular than the $15 option (64.31% vs. 57.21%), reflecting that opponents of a $15 minimum wage favor a more modest increase as found by previous survey work. When primed to consider that some small businesses may close due to increased employment costs, support for both a $10 and $15 wage declined (53.13% vs. 55.77%). Regression analysis finds statistically significant drops in support for increasing the minimum wage when the increase was listed as $15 instead of $10 and when businesses closing was mentioned. The pattern endures when controlling for demographic factors.

To help move the issue forward, reporting on how raising the minimum wage could help small businesses would be a meaningful way to combat concerns. The Center for American Progress argues that higher wages will increase demand for goods, increase worker productivity and ultimately benefit small businesses in the long run with the correct support from the government. Politicians and media outlets supportive of increases could use this framing to solidify support for Democrats and perhaps strengthen support from Republicans as well.

Proponents argue that increases are necessary to make the federal minimum wage a livable one, as the inflation-adjusted value of the minimum wage peaked in 1968. An increase to $15 would only partially address the impact of inflation and the rise in housing costs, the latter that has increased by nearly 30% since the last minimum wage hike. However, if small businesses close due to higher payouts, workers may not be any better off. Our survey findings suggest public sensitivity to broader impacts of a minimum wage increase, suggesting that gradual policies of raising the minimum wage or policies that can minimize the burden on small businesses could expand bipartisan support.

*[Funding for this survey work was provided by the Mahurin Honors College at Western Kentucky University.]