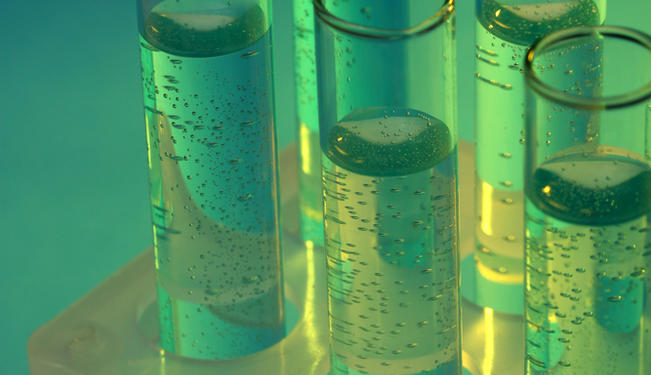 Questions about the existence of God have been hotly debated for millennia. Certainly, what I write in a short essay will have little impact on the atheist faithful. However, for those willing to come and reason together, I offer some thoughts for serious consideration.

There has always been a realization of a distinct gap between the non-living and living world. Yet, some scientists have tried to blur the lines between these worlds. The concept of spontaneous generation was an early attempt to narrow this gap by suggesting that there is a ubiquitous “vital force” that can interact with molecules causing them to spontaneously reorganize into living systems.

However, a “hand wave” cannot negate the fact that there is not a shred of evidence that life could spontaneously form under any condition. All proposals, such as the clay hypothesis, “deep-hot biosphere,” or the autocatalysis model are nothing more than speculations. More appropriately, they are mere guesses.

In fact, the more we learn of the complexity and intricacy of life, the more we realize the vast difference between the worlds of the living and non-living. Instead of the existence of natural transitions that narrow the gap, the distinction between the two worlds is immensely wide. Spontaneous production of a few organic molecules is a virtually insignificant step in bridging this gap.

What is more, I would challenge that it makes little difference what atmospheric conditions are assumed. It makes little difference what chemicals are present (even optically pure macromolecules). No matter what atmospheric conditions, no matter what chemical conditions, no matter what source of energy, living systems have never been nor ever will be observed to spontaneously form. Appeals to future research are hardly acceptable as evidence. We can only draw conclusions from what is currently known. Therefore, claims that life naturally formed are totally unscientific because they must appeal to nonexistent evidence; i.e., blind faith.

Instead, the evidence is clear; life only arises from life (i.e., creation). This is the empirically verified and scientific position, and is known as the Lawof Biogenesis. There are no known exceptions. Maybe that is why it is called a “law.”

Throughout the 19th and even the early 20th century, cellular and organismic systems were generally considered rather simple (e.g., “bags of enzymes”). While there was no known natural mechanism for the origin of life, a mechanism was simply assumed. While no known natural processes could account for the intricacy of the cell, such processes were taken for granted. While no natural transformations were known that could explain the development of the human brain, they were assumed to exist.

In fact, many assumed that scientists were on the verge of discovering these natural processes. Their elucidation was all but a foregone conclusion. So, perhaps some people could almost be excused for assuming natural events (i.e., Nature) could account for life’s origin and vast sophistication. Within the vacuum of understanding during that time, many things seemed plausible.

Yet, discovery of such processes has not only remained elusive, but has now slipped completely from view. Findings in just the past decade have moved the needed “natural” mechanisms far beyond the horizon. Rather than offering greater insight into how these mechanisms could achieve the intricacy of life, recent discoveries have further detailed the daunting task of attaining a living system merely by the work of Nature. The “bags of enzymes” have proven to be extraordinarily sophisticated systems with no counterpart in even today’s technology.

Thus, scientists of today have no excuse. Contemporary knowledge of genetics, genomics, cell biology, epigenetics, physiology, neurology, and biochemistry render such “unknown” mechanisms beyond the reach of any natural processes. They exist only in the imagination of the “true believers” in Nature as the creator – hardly very scientific.

Yet, a narrative of time, change, and selection is relentlessly pushed upon us – as if these somehow “magically” interact and – voila! When asked for specific examples of how this narrative achieves such majestic results, I am offered peppered moths or Galapagos finches, neither of which demonstrates anything other than oscillations of already existing physical features. Richard Lenski’s research team has done some interesting bacterial work, finding that in a never-changing environment, E. coli will eliminate unused genetic systems to apparently simplify its chromosomal maintenance. Lenski refers to this as antagonistic pleiotropy. A loss compensated by a benefit. More recently his team isolated mutants able to aerobically utilize citrate as an energy source. Their original E. coli strain could only utilize citrate under oxygen-free conditions. Hence, a new “species” was formed.

However, oscillation of already existing traits is irrelevant as a mechanism to explain their origin. Antagonistic pleiotropy provides examples of how highly designed and engineered organisms can dump unused systems, but offers no explanation of how these systems originated. The cit+ strains of E. coli already possessed the gene for citrate utilization, which was activated by piecing together already existing regulatory sites. What is more, attempts to replicate Lenski’s results in sexually reproducing organisms failed to produce any adaptive benefits.

Darwin assumed that a primitive brain would simply continue to progress toward greater mental and cognitive capacity, almost as if mental cognition was inevitable. Contemporary atheists still seem to echo this assumption. But, by what process would this happen – oscillation of traits, antagonistic pleiotropy, rearrangement of already existing genes?

The immensity of what makes even a single metabolizing cell is still far from understood. Mechanisms of “tagging” transport vesicles for precise relocation within the cell, the energy transforming process of chemiosmosis, or the neurological capability for coordinated muscle movement are all processes of exquisite sophistication. What is more, the overall functioning and design of the human body dwarfs our own merger technological achievements.

In the face of this biological sophistication, Frances Crick admitted, in What Mad Pursuit, that “biologists must constantly keep in mind that what they see was not designed but rather evolved.” Richard Dawkins claims on page one of The Blind Watchmaker that “biology is the study of complicated things that give the appearance of having been designed for a purpose.” Apparently, simply because living systems have all the attributes of being designed, we are suppose know better.

Such propositions are virtually laughable. Scientific discovery and understanding is based upon what we observe. The observable evidence directly points to systems with a design that cannot be explained by natural processes. Yet the conviction that Nature must have the power to create is essential to the atheistic world-view. Observational evidence is irrelevant to the true worshipper of Nature as creator.

As a scientist, I am a creationist, not because of what remains unknown, but because of what we do know. Creation provides the best explanation for the existence of sophisticated biological systems. Nature has never been shown to have the necessary power of creation, and there is no reason to assume it ever will be shown to have such capability. Life only comes from life. Any other claim is unscientific dogma.

Recognizing the Lion by his Paw

In 1696, John Bernoulli published his famous Brachistochrone mathematical challenge. Isaac Newton anonymously submitted the solution. Bernoulli, however, immediately recognized the genus of Newton behind the anonymous answer. He is said to have declared, “I recognize the Lion by his paw.”

Can we place God into a test tube or a mass spectrophotometer? Of course not. In fact, any god that could be so readily and easily dissected and analyzed would not really be God. However, we can readily study the results of His actions. We can recognize the Lion by his paw.

Some will respond to my challenges by claiming all that is needed is further research. However, my point is that rather than providing more insight into Nature’s creative power, new discoveries have only revealed its creative impotence. As researcher Klaus Dose admits, “years of experimentation” have only given us a “better perception of the immensity of the problem.”

Others will claim I am misrepresenting or simply misunderstanding all the vast evidence of Nature’s ability for creation. However, a close scrutiny of their rebuttals reveals the same worn-out narrative. Molecules somehow self-organized into living systems. Given enough time, these living systems have somehow self-transformed into all the vast and diversified organisms of contemporary biology – each with its own specialized anatomy and physiology. Vague references to scattered examples of mere “change” leave us with no satisfactory understanding of how Nature is suppose to replace God as the creator. In fact, the “battle cry” of atheists seems to be “any creator but God,” regardless of the evidence. It is just a matter of having enough faith.