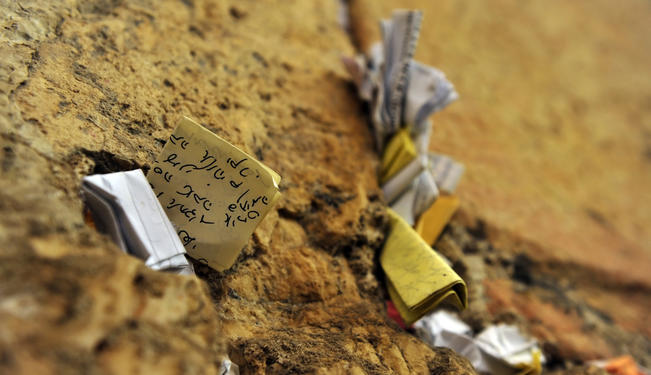 Faith itself is more important than the God that the faith professes to be in.

I mean to say, certainly not. No indeed, not whatsoever, not a chance.

It is irrational, preposterous, unintelligible. What could it possibly mean to say God exists? Outrageous. Meaningless. Superstitious. Wrong.

I mean to say, not in any way in which we use the word exists in any other case. God is utterly unlike all other things. The Creator, not the creation, something like that. In any case, if I am ever found guilty of saying God exists, I mean it as a sloppy, totally inadequate shorthand for a completely different idea. I say no, God does not exist. I am a person of faith anyway.

Atheist philosopher Michael Scriven doesn’t want me to get away with saying that. He writes: “There is a real difference between almost everyone who says God exists and everyone who does not. The two groups differ on what a thorough census of all existing things would contain; only one believes it would contain an omnipotent, omniscient Being concerned for our welfare.”

Scriven is right for the wrong reason. To use a colloquial expression, he’s in the right church-house, but the wrong pew.

Let’s talk about some things that exist. The Washington Monument, the Golden Gate Bridge, the North Pole (not including Santa Claus’ house), the South Pole (including the Amundsen-Scott Research Station). The fourth sink, counting from the left, in the men’s room at the James Fenimore Cooper Service Area on the New Jersey Turnpike. Mount Rainier, Death Valley. The first cow pie dropped after seven o’clock in the morning yesterday anywhere in the Great State of Wyoming. The sun. The moon.  The stars.

There is a fabulous story told in Jewish lore about Abraham. It seems Abraham’s father Terach owned an idol shop. The idols in the shop existed, by the way, in the story. If you’d prefer, you can think about real idols, physical things that are worshipped, that actually exist right now, if you’d like. Carved wooden things that are thought to be – not just to represent – gods. The sun. Justin Bieber’s pants.

Anyway, Terach owned this store, and one day he put Abraham in charge of it while he went off to attend to other things. Abraham smashed all the idols except the largest one, and put a stick in the hands of the one he left. When Terach returned, he was furious as he demanded to know what happened. Abraham explained that a lady came by to make an offering, and the idols fought over the offering until the largest one smashed the smaller ones. “What do you mean!” roared Terach, “these are carvings, I made them myself!” “That being the case,” asked Abraham, “why do we worship them?”

The story shows how different God is from any physical object, including physical objects of worship.  God doesn’t have any eyes or ears at all. God is utterly different from the idols, incapable of being smashed. Nor can God be numbered among the sinks in the men’s room at the James Fenimore Cooper Service Area. Scriven’s thought experiment makes no sense to a believer, but its precision is helpful. The clarity of Scriven’s “thorough census of all existing entities” illustrates its failure to address what a believer actually believes.

I am a person of faith, a believer. My faith transcends boundaries and resists definition. Nobody has articulated my personal faith as well as atheist writer and anti-communist hero Vaçlav Havel, who wrote the following to his wife Olga in January 1981, from prison in communist Czechoslovakia: “Faith . . . is usually “faith in something,” but that “something” is not the decisive factor, . . . a challenge to which would either shake the faith or require a rapid change of fetish. Genuine faith is original, primal and discrete; it precedes its object (if it has one).”

Havel is an atheist, but his faith is emphatically my faith. What he means here is that “faith” itself is more important than the “God” that the faith professes to be in. Any object of faith is merely an object, and Havel is right to say that a challenge to that object “would either shake the faith or require a rapid change of fetish.” Children may have an experience of shaken faith on finding out that Santa Claus doesn’t exist, because their faith in Santa Claus was not the “genuine faith” Havel is discussing.

I sometimes think that there are three kinds of faith. The first, “faith that,” expresses belief in some statement obtaining as fact. Faith that God exists; faith that everything turns out for the best; faith that there is a heavenly afterlife available to people who follow certain rules during life. These examples of “faith that” require little participation on the part of the believer; they are just a pile of propositions that the believer believes are true.  If one of them should turn out to be false after all, then the faith is “shaken,” just as in the case of Santa Claus. “Faith that” is not a strong faith.

The second kind of faith is “faith in.”  This faith requires no religion: people have “faith in” the scientific method, “faith in” humanity, “faith in” modern medicine, “faith in” a country’s system of government.  This “faith in” is less falsifiable than “faith that”: it is possible for a doctor or patient to continue to have “faith in” modern medicine even after a failed procedure. It requires more participation on the part of the believer. “Faith in” cannot be reduced to a proposition; it simply recognizes a noun as an object of something called faith. It admits of a tension, of which “faith that” does not admit, between experienced data and continued faith as an act of will. It makes no statement about the world, but it does influence a believer’s ideas about how individuals and societies should respond to the world.

The Jewish mystics celebrate a similar teaching. This God idea we have is a way for us to access what is most holy and matters most. It is the reason it is possible for people to engage in selfless risk-taking and self-sacrifice in the service of the greater good, even though we know that in the distant end, after the Sun explodes, everything we can ever hope to do shall crumble once again into an infinitely chaotic sea of black holes.

Nevertheless, the happiness or suffering of humanity and our living Earth matters: I have faith in that. Morality matters despite the rampant alienation of cruelty and the absurdity of mass indifference: I believe that. Responsibility matters because we are responsible beings, and we are called to take responsibility one for the other: to which I say yes, hallelujah, amen.