In a BBC interview, Hillary Clinton reveals that she may yet again run for president. Like Jamie Dimon, CEO and chairman of JPMorgan Chase, who explained to CBS that the reason he earns such a high salary is the result of no choice of his own because it was imposed on him by his board, Clinton explains that while she has repeatedly refused to launch a new presidential campaign, others may force her to do so.

The BBC sums up this moment in the interview: “Pressed on whether she would throw her hat into the ring at the last minute, Mrs Clinton said: ‘I, as I say, never, never, never say never. I will certainly tell you, I’m under enormous pressure from many, many, many people to think about it.”

A real or imaginary force that influences people’s behavior. It can be real for people in most ordinary activities but is largely imaginary for politicians.

Some may wonder why serious media are paying so much attention to Hillary Clinton these days, though the launch of her book — co-written with her daughter, Chelsea — provides a pretext that the media, always more attracted to celebrities than contemporary issues, will always exploit.

The BBC and every other popular media outlet have turned Clinton’s remark into what they deem a newsworthy headline. The former first lady and disappointed presidential candidate, who bears the indelible shame of allowing US President Donald Trump to beat her in 2016, added a reflection that would appear to contradict her remark about the growing pressure on her: “But as of this moment, sitting here in this studio talking to you, that is absolutely not in my plans.” Shouldn’t the idea of “absolutely” pretty much put the story to bed?

A good look at Clinton’s rhetoric will help to clarify a few things. Yes, she does say “absolutely,” but her qualification of the context (“sitting here in this studio”) throws everything into doubt. Not only does she rely on the cliché of “never say never,” repeating the first “never” three times, but she suggests, in a way that most people easily understand, that what someone says in a British studio they might not say in another place or at another time.

When Clinton tells us that running for president “is absolutely not in my plans,” she hints that she does have plans but isn’t ready to reveal them. The major media outlets that identify with the establishment wing of the Democratic Party – MSNBC, The New York Times, CNN and others — have recently been planting their own meme about the weakness of the current crop of 17 candidates. This amounts to an avowal that only the totally unacceptable progressives have the heavyweight bearing capable of knocking out Trump.

Insisting, with no evidence to back it up, that progressives can’t win middle America, those same media appear to be seeking a savior and have trouble looking beyond all the familiar places or rounding up the usual suspects. As everyone in the entertainment and political business knows, the key to being a savior is clearly either celebrity or money. Clinton has the celebrity — though many believe it is tainted by her past performance — and Michael Bloomberg has the money and a small dose of celebrity. But he’s also a New York Jewish billionaire who, as mayor of New York, offended that same middle America by trying to ban supersized sodas.

Knowing how resistant the Democratic Party has been to the progressive assault Bernie Sanders initiated against the party establishment when he opposed Clinton in 2015/16, many in the party believe that the primaries will see no clear winner and the 2020 convention may lapse into deep confusion before the pair of providential presidential and vice-presidential candidates can emerge. That could define the moment when Clinton, no longer confined to a BBC studio, would “absolutely” decide to change her mind.

The title alone of the Clinton mother and daughter team, “The Book of Gutsy Women,” gives us an idea of her reading of a period of US political history that spans the end of the 20th and the initial decades of the 21st centuries. The book purports to be a review of history celebrating women of the past and present. But few will doubt that self-celebration is part, if not most of it. For one thing, Clinton is offering the public a remake of John F. Kennedy’s best-seller, “Profiles in Courage,” a book about men of the past that set the stage for his victorious presidential campaign of 1960.

Clinton clearly wants people to think of herself and her daughter as gutsy. The choice of the epithet may seem a bit odd. “Gritty,” whose meaning is similar, would sound more appealing.

The meme of “grit” and “grittiness” derives from a popular novel — “True Grit” — followed by two iconic movies, a commercial western starring John Wayne and the other, decades later, a more sophisticated version directed by the Coen brothers. Gritty usually describes someone who is not only gutsy, but also mobilizes enough energy to win a difficult battle. In contrast, gutsy can include the acceptance of defeat in the face of overwhelming odds. On the other hand, it avoids the problem of having to apologize for failure, something Clinton clearly doesn’t like doing.

So, what are the components of the message the book’s title conveys? The plural, “women” is perhaps more important than “gutsy.” This is where we can detect the historical sweep of Clinton’s discourse.

As the first lady in the 1990s, Hillary earned a reputation for being assertive. She did this, partly by refusing to adopt the traditional role of the dutiful Pennsylvania Avenue housewife, which even the highly-assertive Jacqueline Kennedy had accepted. Instead of limiting her role to that of the cheerful, gracious host of lavish dinners for visiting heads of states or, in her spare time, suggesting ways to “beautify America,” Hillary gutsily tackled the problem the US has still been unable to solve: universal health care.

She again mobilized the contents of her guts to defend her beleaguered husband, President Bill Clinton, accused of dilly-dallying with a lady slightly too old for his friend Jeffrey Epstein’s tastes. Hillary explained to the world that it was nothing but a “vast right-wing conspiracy.” At that time, Vladimir Putin wasn’t quite yet ready to play the role of Moriarty she has assigned to him in her latest conspiracy theory.

Because she had created her image of the gutsy co-director of Bill Clinton’s presidency, Hillary became the natural choice for the presidential throne once George W. Bush finished his two terms in the well-scripted role of “war president with a mission.” By backing his mission and helping him accomplish it, Clinton offered further proof of her gutsiness though not much of her grit, since Democrats traditionally had a reputation of rising up against Republican xenophobic belligerence.

Will Clinton consider bowing to the pressure of the people pushing her to run? She not only tells us they are “many,” but her triple dose of “many” echoes her thrice-repeated “never.” To get a handle on her thinking, we mustn’t forget that “women” is plural, not just because of the heroic women whom she describes, but because the two authors are women and are meant to be the true subject of the book.

At 39, Chelsea is qualified to run for president in 2020. Alas, her gutsiness has not yet been established in the public eye. As a privileged heir to the favors of the elite her parents became a part of through their political success and flair for celebrity role-playing — Chelsea, it should be noted, studied at Stanford and Oxford just to seal her sense of belonging to that same  elite — she hasn’t yet had an opportunity to prove her grit or test her guts.

By sharing the epithet of gutsy with her daughter, Hillary is offering her a first stepping-stone in her celebrity political career. It may be that Hillary has “absolutely” renounced a bid for the White House in 2020. But in “her plans,” she may already be prepping Chelsea for a run at the White House in the coming decade or two. As Hillary and “many, many, many” other people appear to believe, a Clintonian White House can only be good for America. 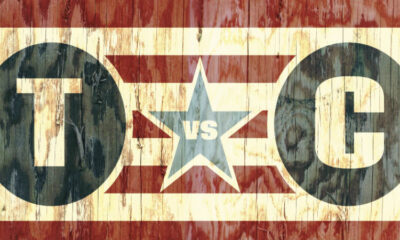 Let’s Get Ready to Ramble 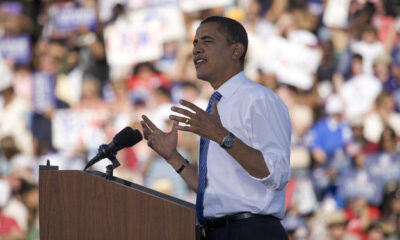 The Last of the Red Lines