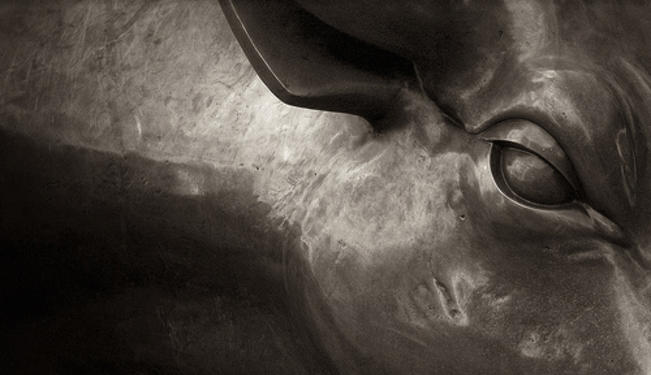 Mitt Romney’s candidacy has inspired a great deal of debate about the role of private equity in our economy. Romney’s opponents have openly questioned whether private equity serves a legitimate purpose in a capitalist system. Many claim that private equity merely facilitates a transfer of wealth from employees of a company to the private equity managers that take it over.

Most of the discussion has focused on the big picture: whether laying off workers can be good for the growth of the economy. Many observers have eloquently defended private equity’s role in such “creative destruction.” Here’s the National Record’s Reihan Salam:

"[S]uccessful firms such as Apple change the larger competitive landscape by threatening the very survival of competitors. Chad Syverson, an economist at the University of Chicago’s Booth School of Business, found that what separates top firms from bottom firms is, typically, a large difference in productivity, with the top ones producing almost twice as much with the same measured input. This creates an almost irresistible temptation for investors. If Firm X, languishing at the 10th percentile in terms of productivity, could somehow be overhauled to match the productivity levels achieved by Firm A, at the 90th percentile, the potential for profit would be huge. Note, however, that halving “measured input” in order to double productivity will often mean shedding the weakest performers and giving those who remain the tools they need to do their jobs better and faster. Private equity does exactly this.

What Mitt Romney discovered was that American corporations sometimes had to be dragged, wailing and whining, into a state of efficiency. As a management consultant at Bain & Company, Romney had studied successful firms and then told other firms how to replicate their strategies. But those firms had come of age in the fat years of American corporate dominance, when many believed that the Japanese could do little more than manufacture cheap toys and textiles, and many were reluctant to accept his newfangled advice. It eventually became clear that if Romney and his cohort were going to remake American business, they’d have to raise money to make their own investments. Spurred by the senior partners at Bain & Company, Romney and his merry band of consultants established Bain Capital."

Indeed, I believe that making companies more efficient—by aligning executive compensation with performance, and laying off underperforming workers, if necessary—is a significant component of economic growth. Private equity’s role in this process should not be vilified.

However, a more detailed analysis reveals some potential issues with private equity. First and foremost is the use of excessive leverage—saddling companies with large amounts of debt. This is partially a reaction to the corporate tax code’s preference for debt-financing (interest is tax-deductible, but dividends are not). As a result, companies that have been bought out by private equity sometimes carry an overly large debt-servicing burden, and are at higher risk of going bankrupt.

This bankruptcy risk can be aggravated if these companies pay out huge dividends to private equity owners. Between 2004 and 2011, private equity firms paid themselves $188bn in dividends, according to Standard & Poor’s.

Another problem is the lack of transparency. Due to the minimal regulation of private equity, firms are free to calculate their returns however they wish. This opacity makes it difficult for investors to evaluate the performance of a particular private equity firm. The Economist reports:

"There is also a question about how private-equity firms calculate their returns. The internal rate of return (IRR) is the usual measure. But according to a 2010 study by Peter Morris, a former banker, entitled “Private Equity, Public Loss?”, it is rare for two firms to calculate IRR in the same way. This can complicate any attempt to compare funds. IRRs can also overstate the actual returns investors realized, according to Ludovic Phalippou at Amsterdam Business School, since the measure implies that the return was achieved on all the investor’s cash, even if some of it was given back early and reinvested at a lower rate.

Oliver Gottschalg of HEC School of Management in Paris looked at 500 funds, and 66% of them could claim to be in the top quartile depending on what “vintage year” they said their fund was. The vintage year is supposed to be when the fund has its final “close” and stops fund-raising. But some firms may decide to use the year they started raising the fund or had their first “soft” close (when a fund is no longer officially open to new money), if it allows them a more favorable benchmark."

Private equity has also come under attack for the compensation that managers and partners receive. This compensation, called “carried interest,” is typically proportional to the returns that the private equity fund achieves. As a result, partners and managers (rightfully) have a strong incentive to generate returns for their investors.

Where does that leave us? In principle, private equity serves a valid purpose. It whips companies into shape and (on aggregate) produces economic growth. But regulators should consider requiring private equity firms to be more transparent, especially when they calculate their returns. Banks should also be active monitors of the leverage of private equity investments (as they have been—leverage rates have already come down significantly). And Congress should more accurately classify carried interest—as ordinary income rather than capital gains.

*[This article originally appeared on Bob Pozen's blog.]
The views expressed in this article are the author's own and do not necessarily reflect Fair Observer’s editorial policy.