Given increasing insurgencies, further proliferation of guided missiles are to be expected over the next few years.

The world is in shock from the downing of Malaysia Airlines Flight MH17 over eastern Ukraine on July 17, most likely by a guided missile, which resulted in the loss of all 298 people on board. Since 2001, passengers have become sensitized to all sorts of diabolical schemes to bring down planes with smuggled explosives. Now they must be sensitized to ground threats as well. What are these threats? The good news is that airlines cruise outside the range of most ground-based weapons. The bad news is that guided missiles have never been so prolific.

Small arms bullets, normally of calibers from 5mm to 8mm, are rarely catastrophically destructive to large aircraft, except when the discharge is from within a pressurized compartment at high altitude. In theory, bullets fired from without could incapacitate a pilot or engine, but bullets of these calibers usually leave small holes without damaging anything critical. This is true for wings, cabins and even fuel tanks.

They are so unstable that they do not typically reach above 1,000 feet, where they are easily deflected by wind. Bullets must be around 15mm caliber before they can carry a useful explosive charge. This would leave a larger hole, but even this is unlikely to be catastrophic unless the aircraft is pressurized at high altitude, in which case the attacker would need to be firing from another aircraft, not the ground.

Rocket-propelled grenades are as portable, but even less accurate; although the self-destruction timers could be shortened so the grenade would explode at a predictable altitude near the target. Their reach is below most flight paths but, in theory, could threaten any aircraft as it takes off or lands. Helicopters at low altitude and speed are most exposed. Such threats are most profound in peacekeeping, counterinsurgency and counterterrorism operations, which rely on helicopters for logistics, transport, surveillance and fire support.

In 1993, Somali militia reconfigured their rocket-propelled grenades to explode at the low altitude used by US military helicopters in support of ground operations. In October 1993, militants brought down two US UH-60 Blackhawk helicopters, which were providing support to special forces in Mogadishu. On August 6, 2011, a rocket-propelled grenade struck the aft rotor of a US Chinook (a twin rotor transport helicopter) while it was transporting special operations west of Kabul, killing all 38 people on board.

Cannons (15-40mm) fire projectiles with sufficient energy and explosive content at an automated rate to be catastrophically destructive at altitudes up to several thousand feet, just enough to threaten light aircraft at cruising altitudes, but not airliners. These weapons are specialized military arms and are not man-portable, but some can be transported by ordinary pick-up trucks and many have fallen into the hands of malicious actors.

Guided missilesare rocket-propelled projectiles directed at targets by infra-red sensors or radar. Man-Portable Air Defense Systems(MANPADS) are essentially shoulder-launched anti-aircraft missiles, usually guided by infra-red. MANPADS are portable enough to be carried on the shoulder or hidden in an automobile, yet they have sufficient destructiveness to bring down any plane; although they do not reach airliner cruising height. The missile is launched at about twice the speed of sound and reaches an altitude of around 15,000 feet. No helicopter can cruise above this altitude. Airliners can cruise above this, but are exposed during their long approaches before landing and after taking off.

In 1993, Somali militia reconfigured their rocket-propelled grenades to explode at the low altitude used by US military helicopters in support of ground operations. In October 1993, militants brought down two US UH-60 Blackhawk helicopters, which were providing support to special forces in Mogadishu.

Large surface-to-air missiles (SAM), as carried by specialized automobiles, have been deployed since the 1950s. These are severe threats to all aircraft at almost any practical altitude — the smallest can strike at around 50,000 feet, while most airlines cruise at around 35,000 feet. Unlike most MANPADS, SAMs are guided by radar. Some are directed by large radar systems that must be carried on separate vehicles. Such missiles are too cumbersome and detectable to be of much use, except where official controls are so weak as to allow for malicious actors to acquire these systems in operable condition and to train with them.

Hundreds, perhaps thousands, of MANPADS remain unaccounted for. In the 1980s, the US Central Intelligence Agency (CIA) supplied approximately 500 FIM-92 “Stinger” missiles to Afghanistan’s mujahedeen in response to the Soviet invasion. Some were expended there, some were bought back, and some were leaked to other countries.

Hundreds of Soviet-made MANPADS were transported from Libya during the 2011 civil war. In September 2012, an anonymous US official claimed that 100-1,000 MANPADS from Libyan sources were still unaccounted for, and that Egyptian terrorists and Somali pirates had acquired some. On September 22, 2012, pro-government Libyan fighters overran an Islamist militia (Rafallah al-Sahati) base in Benghazi and discovered MANPADS.

When civil war broke out in March 2011 in Syria, rebels overran many military stores of MANPADS. In summer 2011, videos showed Soviet-produced SA-14 MANPADS in rebel hands. By November 2012, Syrian rebels had about 40 MANPADS, according to Western and Middle Eastern intelligence. At least some were supplied by the Qatari government. (Governments from the US and western Europe officially support the rebels with only nonlethal material.) The space affected by these missiles has expanded with the rise of jihadist insurgents from Syria into Iraq in June 2014.

Another hot spot of proliferation is eastern Ukraine where, since February, pro-Russian rebels have acquired MANPADS and SAMs from former Ukrainian stocks. Ukraine alleges that Russia has supplied more directly.

More than 40 civilian aircraft have been hit by MANPADS from 1970 to 2011, resulting in 28 crashes and over 800 fatalities — all of them occurred in conflict zones. Almost all targets were cargo aircraft, delivering freight to peacekeepers, counterinsurgent forces or unstable authorities. The count is an underestimate, because some smaller aircraft disappear without a full explanation and authorities may be unwilling to admit such a loss.

On July 17, Malaysian Airlines Flight MH17 was cruising at 33,000 feet, when it was shot down by a SAM — probably from a Russian-made, if not Russian-supplied, self-propelled launcher — most likely launched by pro-Russian rebels, thinking they had locked onto another Ukrainian transport plane.

In November 2002, al-Qaeda attempted to use two Soviet-produced SA-7 MANPADS to shoot down an Israeli passenger aircraft departing from Kenya. This attack failed most probably because the range was too short for the missiles’ sensors to lock onto the target.

According to documents captured during a US operation in Pakistan in May 2011, Osama bin Laden ordered his network in Afghanistan to attack aircraft carrying US President Barack Obama and Gen. David Petraeus, then-commander of the International Security Assistance Force in Afghanistan.

Pro-Russian rebels in eastern Ukraine have downed several Ukrainian helicopters and small fixed wing aircraft since March. On June 14, they used a MANPAD to shoot down a large Ukrainian military transport plane as it was coming in to land at Luhansk, killing 49 people. On July 14, rebels used a SAM to down a smaller transport plane, this one at 21,000 feet, killing three. On July 17, Malaysian Airlines Flight MH17 was cruising at 33,000 feet, when it was shot down by a SAM — probably from a Russian-made, if not Russian-supplied, self-propelled launcher — most likely launched by pro-Russian rebels, thinking they had locked onto another Ukrainian transport plane.

At that time, Ukrainian and international air authorities had closed airspace in the area below 32,000 feet. Air transport authorities will now divert aircraft around eastern Ukraine and at higher cruising altitudes, but local solutions do not control the global risk.

Military air forces commonly acquire counter-missile technologies as simple as flare dispensers (flares confuse any heat sensor on the missile). The US president’s official planes are equipped with the technology. Israel’s national airline already had acquired antimissile systems for commercial planes, although it is secretive about the capabilities and extent of the acquisition. No other national airline is believed to have acquired the same technology, which is very expensive to procure and operate. In any case, flares would not affect radar-guided missiles.

In fiscal year 2003, the US State Department started a program to counter MANPADS — mostly activities to prevent acquisition by terrorists, insurgents or other non-state actors, and to reduce accidental explosions in stores. The State Department engaged 30 countries, focusing on the Near East, North Africa and the Sahel. The Department claims the program led to the reduction of over 33,000 MANPADS in 38 countries, and the improved security of thousands more MANPADS. However, hundreds, if not thousands, remained unaccounted for. Given the increasing success of insurgencies, we should expect further proliferation for at least a few more years.

Worse, even though rebels in Ukraine should be shy of using SAMs again, and Russia and Ukraine should cooperate to secure unaccounted weapons, more malicious actors elsewhere are likely to upgrade from MANPADS to SAMs, particularly the Islamic State of Iraq and the Levant (ISIS). 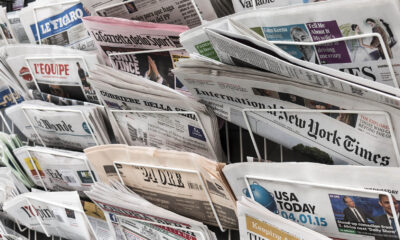 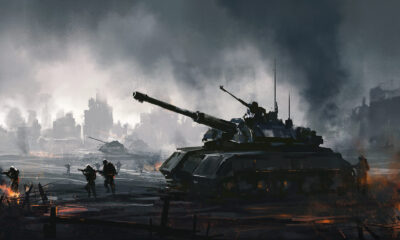