Hollywood has no place for ethnic minorities.

As a “person of color”—and how I hate being identified this way—in the acting field, I couldn’t feel any sympathy for the #OscarsSoWhite protest. Forget about not being nominated for the Oscars; we, the people I talk about here, the other larger “visible” minorities, are not even welcome in your homes on TV or movie screens. Forget major roles, forget “roles with some meat.” We “neithers” (neither black nor white) get almost no roles. Period.

I still did my best. I joined the Screen Actors’ Guild (SAG) in 1993, the first Indian-American to do so in the Washington-Baltimore area.

The year was 1990. The response of a major casting agency here in Washington, DC was: “When we need an ‘Indian’ we will call you.”

A certain detriment to my desire to assimilate. I had become a US citizen just a few years prior to that, and this I found quite painful. This is precisely something I didn’t want. I was hoping to be called when they would need someone to play an “American” engineer (I am one by education and profession) or a doctor, lawyer or taxi driver—any one of these and not just an “Indian-looking” something. I didn’t want something just because of being or rather looking like an Indian-American, nor did I want to be denied the part for “looking” that way.

The Land of Taxi Drivers

But it hasn’t worked out that way at all. Far from it. One would think that Hollywood would be a bastion of acceptance, of breaking down the stereotypes, but it has turned out to be quite the opposite. Here, stereotyping ethnic looks has been the norm. It has gone to bat for African-Americans but has shown no propensity to do that for many other minorities. Yes, we look different. Anyone can tell. And almost two-thirds of the world population looks that way. If an alien were to visit Earth and watch Hollywood movies or TV shows, it wouldn’t seem that was the case at all.

Does Hollywood think that if it covers the two ends of the “color spectrum”—black and white—it covers us all? And even more than that, if the differentiation is thus (implicitly) based only on skin color, isn’t that quite racist, if not obtuse?

The problem is that this was not an isolated incident. On four occasions, calls came to audition for the TV series Homicide that was filmed in Baltimore—over a four-year period, few and far in between. Twice, the part was a clerk at a convenience store, and the other two times it was as an owner or manager of a sleazy motel. It would be fun to audition for one of those roles. The problem was that it was only for such roles.

When the fifth call to audition for such a role came, I had to decline just on principle. The sixth time it was as a taxi driver—another example of stereotyping. I acquiesced, auditioned (with a thick Indian accent to boot), got the role and played a taxi driver on the show Law and Order.

With the US Hispanic population at 48.9 million (16.1%) and the Asian-American at 15.3 million (5%) making them together almost one in five Americans according to the 2010 census, one would think that about one in five characters on TV shows or commercials would be one of them, everything else being equal. After all, that was precisely the argument made by African-Americans and others who took up their cause to make a case for inclusion in Hollywood productions. Pick one hour on TV, any hour, and when you do not find even one-fiftieth of airtime rationed to ethnic minorities, there is a reason to wonder.

And then there are Native Americans. This country used to belong to them, but now their presence on screen or in other media is near absolute zero, as if they have been wiped off clean and intentionally so for the second time.

What is happening to us is much larger and the media refuses to talk about it.

Was my experience in the acting arena more than merely a reflection of what Hollywood does to emulate what it perceives to be prevalent in society at large? Or, more painfully, was it actually an interpolation from a more generalized sentiment?

Yes, you can come and work here but, about being part of society here, oh, we’re not too sure. More than half of revenue of a Hollywood movie comes from an international audience. Well, Hollywood, one in four people around the world is and looks South Asian (1.75 billion out of 7.2) and one in three is and looks East Asian (2.3 billion out of 7.2). You cannot ignore us, nor is it fair. Wake up and smell the tea.

And when we have one Indian-American playing a major role, like Rajesh Koothrappali on the highly successful The Big Bang Theory, and more recently Priyanka Chopra on ABC’s Quantico, Indian-Americans express supreme elation at being included.

Really? We have been on Earth just as long as anyone else and deserve the same share, even in the US. We are one of the oldest and most advanced civilizations of that age. Why then this squeamishness, this reticence about asking for a fair share? Come on Indian-Americans: Start asking for things, for the sake of your children who do have other aspirations than just be an engineer or a doctor.

The funny and tragic thing is that some people, in the media and in Hollywood, are still making the same argument they made in the 1950s and 1960s: that white homes did not want to have black faces on their TV screens, hence a dearth of roles for African-Americans. That argument got superseded and overwhelmed by people with a conscience saying that was wrong. Many African-American-themed shows were and continue to be created, movies made, celebrities adored. We have Denzel Washingtons and Halle Berrys.

As an Indian-American actor-wannabe for the last three decades, I have seen this firsthand against all non-whites and non-blacks. Hollywood did start to change its attitude toward African-Americans over last 20 or so years, but it has shown no predilection to do so for other visible minorities. The main reason I heard was: “You guys—Asians, Hispanics, Native Americans—do not complain!” We hoped things would change based on cerebral arguments rather than through protest.

It is well-known that Indian-American kids have been doing fabulously well at the National Spelling Bee, which itself can be an interesting storyline for Hollywood. For several years now, the top three spelling bee winners have been Indian-American kids, as were the champions of 12 of last 16 years and all since 2008. But when Hollywood made a movie on this subject, called Akeelah and the Bee, it was about an African-American contestant.

We can spell but we do not count.

How would the country react if the roles were reversed? 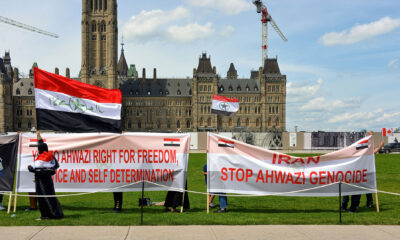 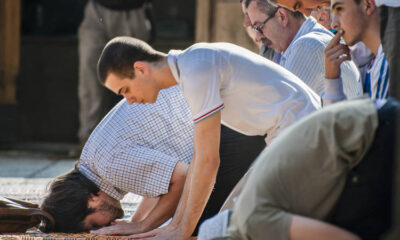 Has Europe Failed to Integrate Muslims? 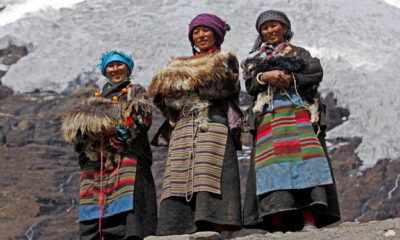