ProPublica and The Wall Street Journal have unearthed a new college admissions scandal in the US, offering new insight into the culture of inequality that thrives at the core of a society that lives and breathes by, for and through competition. This one concerns falsifying information about a prospective student’s family relations, by legally giving up guardianship of the young person — literally divorcing them from the family — in order to benefit from state aid in the form of scholarships and grants reserved for the needy.

According to Andy Borst, the director of undergraduate admissions at the University of Illinois at Urbana-Champaign,  “Wealthy families are manipulating the financial aid process to be eligible for financial aid they would not be otherwise eligible for. They are taking away opportunities from families that really need it.”

The recent college admissions scandal that broke earlier this year is still in the headlines, mainly because it involves celebrities with a public image to defend. The latest one is different. It’s merely about anonymous rich people, who, at the end of the day, if they aren’t prosecuted may even be admired for their resourcefulness.

This story tells us a great deal about what has gone awry in education and US culture. ProPublica mentions the “increasingly competitive and expensive college admissions system.” This observation can be broken down into three issues: the general question of education being seen essentially as competitive, another general economic problem related to the continuing growth in income and wealth inequality, and a more specific problem of what college and education stand for.

Competition has always held a privileged place in US culture. People show their worth by competing with others in the hope of proving themselves superior. This basic belief — which often resembles Social Darwinism — allows US culture to maintain its belief in equality (everyone at the starting gate has an equal chance to win through effort alone) and meritocracy (those who have talent or put in the effort will win the race and earn their rewards).

At its extreme, this ideology permits the privileged to reason, as may be the case in this scandal, that making grants available only to the needy gives them an unfair advantage, violating the principle of equal opportunity. Furthermore, because the competitive capitalist system typically rewards those who discover and apply loopholes to gain a financial advantage while being careful to remain compliant with the law, this kind of abuse may appear to be a badge of honor, a proof of a special kind of virtue. Some would call it the “entrepreneurial spirit” or heads-up management.

For all the current talk in the world of politics of the growing income gap, those whose income and assets are growing rapidly have no motivation — other than a possible feeling of guilt — to radically modify the conditions that have created the trend, even if they think it would be fair and just to do so. People, at least since Timon of Athens, simply do not decide to be less wealthy. The practice of philanthropy itself for the wealthy often has more in common with the philosophy of “looking for loopholes” than it does for wishing to create a more equitable society or even, more selfishly, to save capitalism by doing so. In effect, as many analysts have pointed out, growing inequality risks threatening the entire economic and financial system.

The most serious question raised by this scandal concerns the raison d’être of university education itself — which used to be about acquiring the level of cosmopolitan culture that allowed people to introduce foreign expressions, such as raison d’être, in their composition of texts in English. In recent decades, education has lost its pretension of forming cultured and responsible citizens as it focuses on “economic reality,” i.e., sending people into the job market. Paradoxically, that hasn’t worked out either, as employers complain that education doesn’t develop the skills they consider useful.

Education in the West thus finds itself in a deeply paradoxical historic situation. Two incredible symptoms of the crisis can be framed as questions. First, why is there such fierce competition when, increasingly, people have realized that a college degree correlates poorly with prospects of employment? The second follows from an obvious answer to the first, which tells us that it is less about jobs than status. And so the question is: How does the status associated with a college diploma play out for the three categories of people most concerned? Those categories are, to start with, the students and their families (the consumers); then, the employers the students hope one day will be eager or at least willing to hire them; and finally society as a whole, or “the outside world.” Students know that they are expected to construct and then sell their personal image, an asset young Americans craft out of their experience, education and bearing.

The crisis of education thus strikes much deeper than even the massive student debt that the most progressive politicians are promising to eliminate. They are right to point out the depressing effect student debt has on society as a whole and the patterns of dependence it has created, including the peculiar feeling of kinship with drug addicts who have to keep paying their dealer for a fix. The difference is that instead of feeling a new liberating high with each payment, they are cast into a new, depressing low as they see themselves paying for a four-year trip that now belongs exclusively to the past.

Americans are suddenly beginning to realize three things: that competition as a life principle is expensive and not all that much fun; that there are far more losers than winners; and that, apart from Silicon Valley, the pattern and model is not the Dale Carnegie mantra that every failure presents a new opportunity for success, but more likely that the first failure will be a doozy, the one that puts you in your place and defines the decades of your life to come. 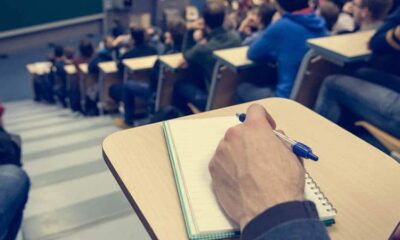 The University at Buffalo Talks to Fair Observer 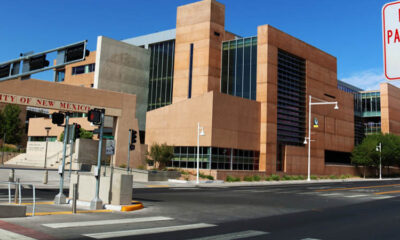