Projections for the impact of climate change on wildfire risks need to integrate the diverse strands of evidence.

The recent Californian wildfires were devastating in their destruction of property and tragic in causing numerous deaths. These fires have happened many times before and are a regular event, but never as destructive as this. Therefore, the wildfires attracted international interest due to the contribution of climate change to their severity and frequency.

Similar devastating fires also took place in Greece this July and Portugal and Chile in 2017, while bushfires are a regular occurrence in Australia. Many specialist scientists have little doubt that climate change contributed to these fires and will continue to increase wildfires around the world.

So, let’s look at the science and what the experts are saying. A wildfire (also known as bushfire in Australia) needs fuel, the drier the better; hot, dry and windy weather; and a source of ignition, which can be natural (such as lightening) or deliberate (arson).

Once it begins, a wildfire’s extent and level of destruction will depend greatly on the force and direction of the winds, and the aridity, amount and density of fuel. The human, economic and social impacts will depend on the proximity of communities, homes and other infrastructure to the burning forests. Then there’s the ongoing ecological impacts and soil erosion.

So, is climate change likely to be having any effect on any of these factors? The short answer is yes, but there are a few other factors in play, not least of which are urbanization, land management and the fact that climate change will affect different parts of the world differently and at different times.

Here’s what we know. Plants use carbon dioxide from the atmosphere to grow. It can be argued that higher atmospheric concentrations of carbon dioxide will lead to increased plant growth. Therefore, higher levels of carbon dioxide will provide more fuel for a potential fire. But for this to happen, there also needs to be other nutrients and water. In drought conditions, which could be one of the effects of climate change, there will be less growth.

Warmer temperatures will also lengthen the growing season of many plants. And increased average temperatures caused by climate change will contribute to fuel dryness. The drier the fuel, the more likely it is to burn. Rainfall will also influence how dry (or wet) the fuel is. So, droughts will also result in drier fuel.

Let’s see what we have so far using a typical scenario for a particular part of the world, such as California. Due to climate change, there are long periods of drought, low humidity and higher temperatures. While recent growth rates may have been low due to low rainfall, higher carbon dioxide levels have balanced that and, in any case, there’s plenty of fuel there to burn and it’s all very dry. So the question arises: Are recent wildfires in California any worse than they have been over the past?

In a comprehensive research paper written by John T. Abatzoglou and A. Park Williams in 2016, the authors conclude:

“This analysis suggests that anthropogenic climate change will continue to chronically enhance the potential for western US forest fire activity while fuels are not limiting.

… [and] We estimate that human-caused climate change contributed to an additional 4.2 million ha of forest fire area during 1984-2015, nearly doubling the forest fire area expected in its absence. Natural climate variability will continue to alternate between modulating and compounding anthropogenic increases in fuel aridity, but anthropogenic climate change has emerged as a driver of increased forest fire activity and should continue to do so while fuels are not limiting.”

How did they come to this conclusion? In summary, the research used modeled climate projections to estimate the contribution of anthropogenic (manmade) climate change to observed increases in eight fuel aridity metrics and forest fire areas across the western part of the US.

They found that anthropogenic increases in temperature and vapor pressure deficit significantly enhanced fuel aridity across western US forests over the past several decades and, during 2000-2015, contributed to 75% more forested area experiencing high fire-season fuel aridity and an average of nine additional days per year of high fire potential. They also found that anthropogenic climate change accounted for around 55% of observed increases in fuel aridity from 1979 to 2015 across western US forests, highlighting both anthropogenic climate change and natural climate variability as important contributors to increased wildfire potential in recent decades.

Risk of Wildfires in Australia

Much research is also taking place in Australia, which has seen an increase in high and extreme risk days over the past four decades. Along with more days of higher risk, climate change is also bringing an extension of the fire season.

The Forest Fire Danger Index (FFDI) is used in the state of New South Wales (NSW) in Australia to quantify fire weather. The FFDI combines observations of temperature, humidity and wind speed with an estimate of the fuel state. Fire weather (or FFDI) was assessed using the NARCliM climate projections for each planning region of the state.

It is inevitable that some parts of the world, such as Australia, will always have large fires. But with climate change, there is a higher need to practice better land management and continued research into the changing climate and wildfire behavior to avoid the catastrophic loss of life that has occurred in the past.

Understanding and responding to the impacts of climate change on wildfire risk is further complicated by the other indirect impact of climate change. That is the reality that weather and climatic conditions can no longer be predicted on historic data — or at least that such data will be less reliable.

Projections of climate change impacts on wildfire risks need to integrate the diverse strands of evidence, including the many interactions and feedbacks between many factors. Research is underway around the world to address such knowledge gaps. 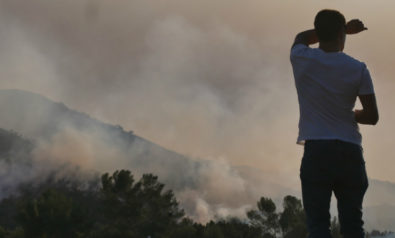 California Wildfires: It’s Time to Tackle the Root of the Problem 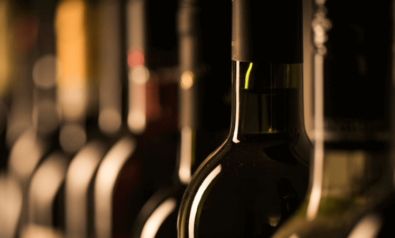 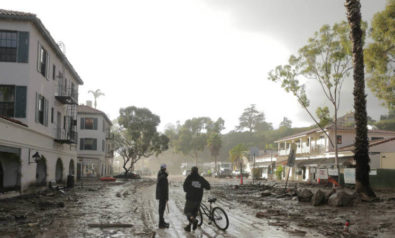