With the publication of his book exposing the Cambridge Analytica scandal and lambasting Facebook’s complicity, whistleblower Christopher Wylie has suddenly become an ephemeral star of hip media — as well as being the subject of yesterday’s Daily Devil’s Dictionary column on Fair Observer.

Unlike other prominent whistleblowers — Edward Snowden, Julian Assange, Chelsea Manning, Reality Winner and several others — Wylie has suffered no official prosecution, imprisonment, harassment, blacklisting or exile, though he claims to be banned from Facebook. For that reason and the fact that he actively participated in the crimes he now denounces, the media have treated him with a modicum of suspicion and ironic criticism, insisting he hasn’t quite earned his stripes.

And yet, what Wylie has to say is important and contains several messages that are worth paying attention to. The story of Cambridge Analytica alone, which he presents in anecdotal detail, reveals not only the financial and political infrastructure of our modern Western democracies, but also the psychology that drives the evolving professional and technological culture that has become dominant in recent years.

Wylie recounts not just the events behind the Cambridge Analytica scandal, but also his own feelings as those events unfolded. Reviewers and commentators have noticed Wiley’s predilection for the adjective “epic.” For example, inebriated by his sense of working on a project that might change the world, Wylie writes, “For me, this whole idea of society as a game was super epic.” Later, as he ponders the apparent success of the team’s efforts, he adds: “We had done it. We had reconstructed tens of millions of Americans in silico, with potentially hundreds of millions more to come. This was an epic moment.”

In reviewing Wylie’s book, the journal Wired demonstrates its own familiarity with the language and worldview of the millennial generation. Describing the psychology that led to the creation and elaboration of Cambridge Analytica’s methods and tools, Wiredcomments: “The lure of epic impact is hard to restrain.”

Reviewing Wylie’s book, NPR judges Wylie’s confession of complicity in the crimes of Cambridge Analytica and Facebook as either insufficient or insincere. The author accuses Wylie of the crime of being what he is. First, an “outsider — queer, differently abled, not particularly interested in fitting in at school growing up.” Second, a young, geeky millennial, meaning basically irresponsible, as in this remark: “There are some perfunctory lines in his memoir that show regret and remorse for what his work would eventually lead to, but the real juice of the book comes whenever Wylie comes across a new toy to scrape data with.” What else would they expect from a kid with pink hair and a nose ring?

NPR has missed the point. Wylie is what he is, which is part of the lesson of his book. His generation, raised on video games and entertained by superhero movies, has been conditioned to pursue what its members call “epic” experiences. They throw themselves into the drama of their games with the enthusiasm of a committed participant, with no critical perspective on what the game is about. Why should they? It’s only a game.

But this is where Wylie’s generation unveils an uncomfortable truth about the society of their elders, a generation that has put up the money to feed the kids their games and movies (generating more money). For the serious business minds of the older generations, though they will rarely admit it, the impactful and profitable business they develop is also a game.

But, in contrast with the millennials, who momentarily suspend the exercise of their critical faculties for the duration of the game, the elders play a game with a beginning but no end that brings them back to reality. In their ongoing game, they actively suppress critical thinking by eliminating from their own perspective any values other than winning (the motivation of the gamer) and making money (their own motivation), while flattering themselves with the illusion or political reality of their power in society.

Wylie ends up admitting there are values to defend: “I overlooked or explained away things that, in hindsight, were obvious red flags.” The NPR reviewer, Andrew Limbong, nevertheless reproaches him with hypocrisy, judging that “he stops short of really coming clean with himself.” He continues: “Mindf*ck [Wylie’s book] is worth reading if you’re interested in some of the bigger questions of the day: elections … Less so, if you’re hoping to get a completely unsparing and honest mea culpa from a guy who seems to genuinely love people, albeit more as an abstract idea.”

Christopher Wylie offers a detailed presentation of the facts behind many of the “bigger questions” that Limbong appears to find uninteresting. His reason may be twofold. First, bigger questions should, in his opinion, be left to the consideration of serious pundits — the kind that appear routinely on NPR — rather than impetuous kids. His second reason reveals something slightly more pernicious. Reflecting on the bigger questions in a rapidly changing world should involve mobilizing new forms of critical thinking on complex issues, thinking that goes beyond the heavily political approach and standard categories of analysis preferred by NPR.

To some extent, Wired shares NPR’s desire to read Wylie’s book as the confession of a media celebrity who hasn’t quite done enough to justify his celebrity status, rather than as a window into economic, political and technological trends. After all, Wylie clearly is not a deep political thinker. Rather, he’s an articulate direct witness of some of the most fascinating transformations currently taking place in the US and global culture.

Wired’s reporter, Steven Levy, sighs in disappointment: “The claims to ‘great whistleblower,’ though, are outsized.” He means Wylie isn’t the kind of A-list celebrity whose interview makes for passionate reading because readers identify with them. Levy suggests that Wylie is morally tainted because he was a “willing participant at the meeting where Cambridge CEO Alexander Nix solicited its operating funds from Robert Mercer.” That’s not something to identify with.

This kind of reporting has its value. It tells us something about the recent history of popular media, even very serious media such as the youthful Wired and the aged NPR. It tells us even more about the current state of media culture.

Readers want to hear about the personal dramas of individuals who are touted to be “larger-than-life” figures, a category that typically includes leading politicians, entertainers, billionaires, sports celebrities, royalty and martyrs (“real” whistleblowers, who suffer political oppression). It generally doesn’t include thinkers and analysts, who at best can play the role of pundits or contributors. They are the observers of history, rather than participants in it. They work for media outlets that handle both celebrity news and the “bigger questions.”

Wylie has failed to become a full-fledged celebrity in any of the categories listed above. He hasn’t been recognized as a pundit and probably will not be so long as his hair remains pink. He is a mere witness to history. As an aspiring celebrity, Wylie is at least worth acknowledging. He thus stands as an actor in the news, a potential celebrity. Before they can even begin to take on board the witness’s message and explore its meaning, his critics feel impelled to judge him with their own (or their institution’s own) moral standards.

He reveals a lot that isn’t usually developed in the news. For example, we learn about a certain kind of perversity that exists in the stratosphere of academia. It also emerged in the Jeffrey Epstein saga and can be explained by the lure of money and fame. In his book, Wylie writes: “I had professors at the University of Cambridge constantly fawning over the groundbreaking potential that the project could have for advancing psychology and sociology, which made me feel like I was on a mission.” He then credibly explains that “it really felt like I was working on something important — not just for Mercer or the company, but for science.”

Wylie clearly isn’t the superhero of a Homeric epic or even of a video game. He is someone who has seen, up close, some of the clues that may help us understand the manipulative world we’re living in. 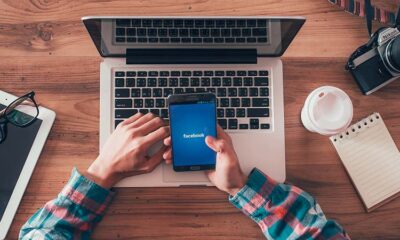 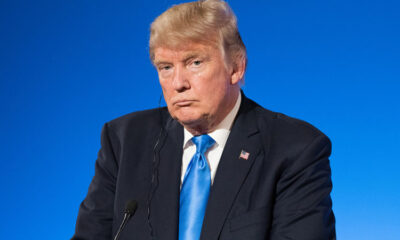