From Nixon to Nix, manipulated elections are part of a long tradition.

The major story of the week includes the revelations by the CEO of Cambridge Analytica, Alexander Nix, of how his company manipulates elections all over the world and how it handles politicians. He makes his opinion of the latter absolutely limpid: “We have no secrets. They’re politicians, they’re not technical. They don’t understand how it works.” He adds this interesting detail: “They don’t understand because the candidate never, is never involved. He’s told what to do by the campaign team.” When asked if the candidate is no more than a puppet, Nix replied, “Always.”

A profession found in democracies that requires no manual or mental skill beyond being available to receive votes from people one has never met, while receiving instructions from people of whom the voters are totally unaware

Nix has boasted, even in public, that Cambridge Analytica got Donald Trump elected. “We did all the research, all the data, all the analytics, all the targeting, we ran all the digital campaign, the television campaign and our data informed all the strategy.” In his version, Trump merely had to don a baseball cap, promise to build a wall and endlessly repeat the mantra of “crooked Hillary” that Cambridge Analytica invented.

Another major item in the news was that President Trump had failed to heed advisers’ warnings not to congratulate Vladimir Putin on his election triumph in Russia. Could it be Trump’s conscious strategy to prove that he isn’t a puppet of advisers, as Nix proclaimed?

Manipulated elections and electoral fraud have accompanied the growth of democracy since the emergence of the vote as the means of constituting governments. In one sense, Cambridge Analytica has respected a great tradition and simply added powerful new technology features.

In the US, Newsweek traced the tradition back to the presidential election of 1800. Tammany Hall, remembered as the archetype of corrupt politics and electoral fraud, dates all the way back to 1789 but became known for its highly effective corrupt practices under “Boss” Tweed in the 19th century. Because of his taste for electoral skullduggery and his mastery of the art of fake news, Richard Nixon became locally famous in California even before becoming a national figure as Dwight Eisenhower’s vice presidential candidate, two decades before Watergate.

Nix highlights what’s new and different today when he describes “the candidate” as a mere tool or puppet of the “scientists,” who are now armed with powerful algorithms as well as the more traditional weapons of fake news. Electoral politics, which was once dominated by candidates’ positions on public policy, has been taken over by “scientific marketing.” Candidates formerly sought to exercise power, nobly or ignobly. But today’s candidates have increasingly become the instrument of the forces that organize and control their campaigns — in Macbeth’s words, “a walking shadow, a poor player that struts and frets his hour upon the stage and then is heard no more.”

This should be the real scandal — not the sudden revelation, but the slow and sure degrading of politics, accelerated by the advances in technology and marketing science. But the media find it more exciting to focus on one British company and the personalities behind it, to the point of obscuring the real story that turns around the strategy of a US billionaire, Robert Mercer, intent on maintaining and refining the Nixonian tradition. In a certain sense, Nix and everyone else at Cambridge Analytica — much like Nazi soldiers — were just doing their jobs.

It’s ironic that all the talk in the media, despite what we know, now centers on how Russia influenced the 2016 US election, whereas the Cambridge Analytica scandal demonstrates very clearly that the source, the means and the motivation behind this scandal are located squarely inside the US oligarchic superstructure. Mercer’s funding of Cambridge Analytica and recruiting Steve Bannon as its strategic driver simply echoes what the Koch brothers and other wealthy — but not exclusively — right-wing political manipulators have been doing for decades. And, of course, they are employing and refining methods studied, developed and deployed around the world by the CIA and other spy agencies since World War II.

Fair is foul, and foul has taken on the veneer of democratic fair play. 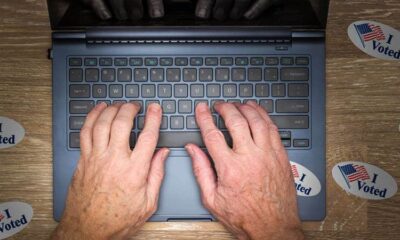 Which Country Has Meddled with the Most Elections? 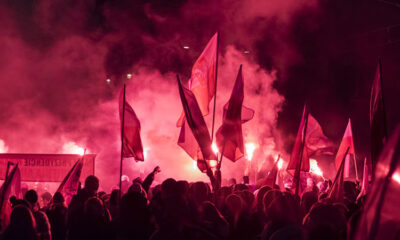