There is a false frontier between investment and speculation, but Warren Buffett can’t see it.

When you’re as rich as Warren Buffett, you must be smart. And if you’re smart, you can clearly establish the difference between things, especially things you’re in contact with in your profession or that keep your waking hours occupied. Buffett, as everyone knows, knows about investment.

Interviewed by Yahoo Finance, Buffett makes the distinction between investing and speculation.

Putting your money in something you don’t control, but which you believe someone else controls or can actively influence, with the hope that the value of your stake will be worth more in the future

Putting your money in something you don’t control, but which you hope someone else controls or can actively influence, with the expectation that the value of your stake will be worth more in the future

This distinction — which contrasts belief, hope and expectation — is no worse than Buffett’s own. Buffett does have a point, however. An investment in its classic definition is the expectation of gain through a participation in something whose practical use is known and understood. In other words, it has a purpose in the economy beyond increasing in value.

On the face of it, the same cannot be said of bitcoin or any other cryptocurrency. But others would argue that cryptocurrencies do have a purpose other than making money for their owners. They broaden the economy in various ways, sometimes criminal, but sometimes in a very utilitarian way by making payment possible.

“If you buy a farm, apartment or a business and look to the asset itself to determine whether you’ve done something, what the farm produces, what the business earns and so on… and it’s a perfectly satisfactory investment. You look at the investment itself to deliver the return to you,” says Buffett.

The reference to tulip bulbs shows that Buffett knows his history of marketplace bubbles, but curiously it undermines the very point he’s making. Tulips, just like Coca-Cola, which Buffett has invested in, have intrinsic material value that varies with supply and demand. He’s right to claim that bitcoin has no material value. In that sense, it’s exactly like any currency. You can’t plant a dollar or euro in the ground and watch it grow. You can, however, buy stock in McDonalds because you think other people after you will want to buy stock in McDonalds. And in fact, almost everyone — from individuals to VCs and investment banks — buys stock for one of two reasons, which in some ways are the same: because they think it will be worth more later.

This comes from a guy who completely missed the Internet and still doesn’t use email.

Every great dynasty in history has fallen.

Buffett commits a logical flaw when he contrasts investment and speculation, as if they were mutually exclusive. Ninety-nine percent of the time what he calls investment is anticipation of a higher price. Volatility alone distinguishes the two, but even that is subjective.

In the first half of the 19th century, the poet and satirist Thomas Love Peacock described the basis of the monetary system “in which public credulity shall have given temporary support to the safe and economical currency, which consists of a series of paper promises, made with the deliberate purpose, that the promise shall always be a payment, and the payment shall always be a promise.”

To do what he does so well — accumulate wealth by buying into ventures that others have created — Buffett doesn’t need to analyse the system in such depth and draw Peacock’s somewhat cynical conclusions. The question those who revere Buffett’s “wisdom” should ask themselves is this: Does he realize how hyperreal his stock market is? Doesn’t he understand that share prices follow the same logic as cryptocurrencies, which are someone’s initiative to create something that others have a reason to buy into?

But Buffett is an icon of shareholder capitalism. As a public promoter of the system he must be aware of this truth, but he would obviously prefer others don’t mention it. It might shake their faith in the hyperreal system. 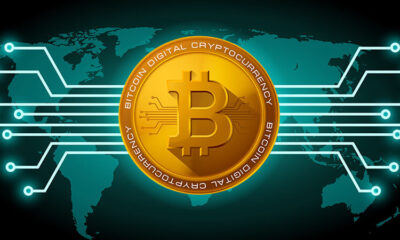 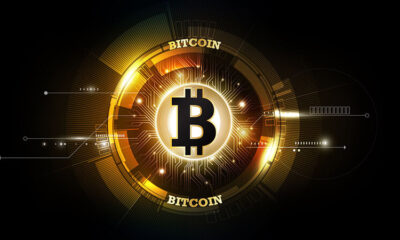