With the Euros over, attention outside the UK is turning to the 2022 FIFA World Cup in Qatar. The focus in Britain, quite rightly, remains on the racist abuse directed at black members of the English football team and the extent to which the prime minister and the home secretary contribute to enabling a culture in which such abuse can flourish.

Is Football Still a Bastion of White Supremacy?

In the Gulf, the lucrative rights to World Cup packages are now being awarded. In Kuwait, ITL World has been appointed the sales agent. The company’s CEO, Siddeek Ahmed, could hardly contain his delight at being able to offer “fans a unique opportunity to purchase ticket-inclusive hospitality packages” for the World Cup. In addition to game tickets, the packages include flights, accommodation, transport and “leisure” programs. According to Arabian Business, the deals for the main venue, the 80,000-seat Lusail Stadium, will run from $14,350 to $74,200. That buys you all 10 matches hosted there, including the quarter-final, semi-final and final. If you are not short on cash, you can pick up a 40-seat suite at the stadium for just $2.6 million.

In Dubai, Expat Sport Tourism DMCC won the rights, with its website urging football fans to be a part of history to see the first World Cup held in the Arab world. “From the pinnacle in high end corporate experiences to individual hospitality solutions for football fans, we can cater for all those wishing to be part of FIFA World Cup 2022” is how the firm put it.

Not Everyone Is Happy

With an estimated 1.5 million fans heading to Qatar next year, Dubai, with its well-established tourism and entertainment sectors, sees itself as ideally placed to cash in on the World Cup bonanza. Yet others in the United Arab Emirates are less welcoming.

Mohammed al-Hammadi is the president of the Emirates Journalists Association and editor-in-chief of the newspaper Alroeya, based in Abu Dhabi. Among the core values listed on the paper’s website are “apply best practice in line with the journalism codes” and “be an objective and trustworthy information tool.”

Hammadi is a strong proponent of normalization. He spoke at a webinar in October 2020, after the UAE and Bahrain had announced their plan to normalize relations with Israel. The event was organized by a pro-Israeli think tank, the Washington Institute for Near East Policy (WINEP). Hammadi said he believed in both peace and advancing the rights of Palestinians, but people like him who “speak in favor of peace are stigmatized … and find themselves falling under attack.” He added that the word normalizing “has a very negative connotation in our region.”

In June, he drew the ire of African journalists with a ham-fisted attempt to have them join a coordinated media attack on the World Cup in Qatar. They adopted a resolution denouncing efforts to “use Africa and its institutions as political football in order to settle scores in a political dispute.” The statement said:

“While journalists in the East African region struggle to preserve their independence and freedom from rogue government and commercial interests that threaten the integrity of journalists, an outside actor is behind attempts to manipulate, divert and involve journalists in an issue completely outside the scope and powers of journalists and their unions.

In the same way that journalists and their unions in East Africa are calling, confronting and protesting against governments for their interference in the work of journalists and the curtailment of their freedoms, all foreign powers that have a negative and false agenda must be condemned and publicly challenged as a matter of principle and consistency.”

Twelve days later, the website Emirates Leaks, citing what it called “reliable sources,” alleged that Hammadi had attempted to pressure the heads of the journalism unions of Norway and Finland. According to the site, he wanted them to influence journalism unions in Asia and Africa to “coordinate attacks against Qatar and tarnish its image before hosting the World Cup.”

His efforts occasioned a written question on June 23 in the European Parliament from Fulvio Martusciello. The Italian MEP accused the head of the Emirates Journalists Association of leading a smear campaign against Qatar: “Al Hammadi asked the Finnish and Norwegian Journalists Federations to exercise influence on journalists unions that he supports financially to engage in the Abu Dhabi campaign and offend Qatar. He also tried to offer them financial bribes and expensive gifts in return for achieving Abu Dhabi’s inflammatory goals.”

So, while Dubai can barely contain its World Cup excitement, Abu Dhabi appears set to continue its anti-Qatar campaign. Imagine for a moment that the UAE was a football side and its two big stars had separate agendas and were playing only for themselves. That is not a winning formula and it’s something a good manager, like England’s Gareth Southgate, would quickly sort out. 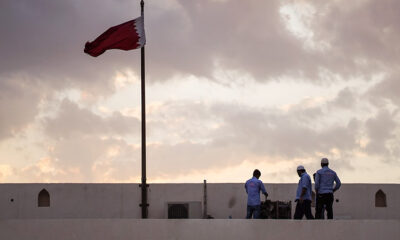 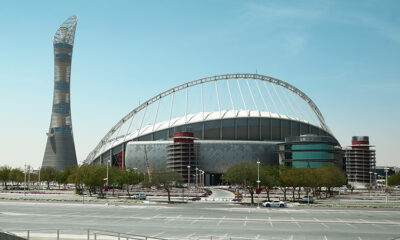