President Erdogan must forsake populist policies and accept outside help to readjust the economy, even if this is politically unpalatable.

The rapid collapse of the Turkish lira in recent months — down 42% against the US dollar since May — and other big problems in Turkey are raising fears that the country’s financial troubles could spread to Europe and beyond. Some even worry that Turkey could be the flash point for a new global financial crisis. This is a result of the shaky status of many European banks invested in that country, particularly from Italy and Spain, which could drag other banks into financial trouble.

But talk of such risks is overblown, some analysts argue, largely because enough outside parties could offer the support needed to avoid large-scale financial contagion. Nevertheless, investors worry that Turkey’s problems could be an early warning signal that similar difficulties are brewing in other emerging markets.

Global exposure to lira-backed instruments is “generally minimal,” notes Philip Nichols, Wharton professor of legal studies and business ethics. He believes that although Spain is probably the largest lender to Turkey, even Spanish banks — which are vulnerable on their own — have small holdings in instruments backed by the Turkish government. “The risk of contagion has more to do with sentiment and attitudes towards emerging markets and emerging-economy instruments and finances than [any actual] contagion caused by the difficulties that Turkey is facing now.”

At the same time, Turkey itself could face difficult times immediately ahead. Wharton finance Professor Joao Gomes says that “it’s going to be really difficult at this stage – without significant outside help – to prevent a crisis in the near term.” (Nichols and Gomes discussed Turkey’s options on the Knowledge@Wharton radio show on SiriusXM.)

Some assistance is on the way already. On August 15, Qatar pledged to invest $15 billion in Turkey, a move that provided some breathing room to the Turkish lira. Some observers speculate that move could encourage Russia and China to provide financial support. But at the moment, it is unclear just which players will step up, nor how they will be received by Turkey because of political considerations arising from Turkish President Recep Tayyip Erdogan’s populist policies and statements over the years.

The US is unlikely to help. Instead, the Trump administration last week doubled import tariffs on Turkish steel and aluminum following the failure of talks between the two countries to secure the release of a religious figure from North Carolina whom Turkey has detained. “Our relations with Turkey are not good at this time!” US President Donald Trump tweeted. In response, Turkey slapped retaliatory import tariffs on US products.

The Price of Populism

According to Gomes, Turkey’s current state is “a really good example of how populism and disregard for basic economics eventually catch up with you.” He saw in the situation a lesson for other countries, which might be tempted to blame factors like austerity for their current woes. “[What] precedes that story is having bad economic policies for a succession of years, and Erdogan has certainly been pursuing those for a while,” he said. “He’s been taking advantage of the fact that we live in a world of relatively low interest rates, where there’s a lot of capital floating around, either from quantitative easing in the US or in Europe. People are looking for places to invest, and Turkey has been a beneficiary of that.”

In the current environment of rising interest rates, it is no longer sustainable to depend on cheap money to finance economic growth. That reality has been catching up with Turkey and a few other countries for a while, Gomes noted, although Erdogan’s strategy has been to ignore it. He added that Erdogan has taken measures that have undermined the confidence of investors, such as his recent move to take control of Turkey’s central bank.

Erdogan resorted to unhelpful economic policies after a failed coup in July 2016 against his government by a section of the country’s armed forces, Nichols noted. The Turkish government seized more than a thousand businesses that represented nearly $50 billion worth of assets. “If I’m an investor looking at a country to go into, that’s a number that jumps out at me,” he said. “My assets could be seized immediately. Foreign investors have been walking away from Turkey and not walking into the country.” He noted that most people considered those actions “arbitrary” and felt that “the rule of law seems to have left.”

Gomes pointed out that Qatar’s offer of $15 billion will not be enough to lift Turkey out of its current mess. “Are there other friends out there that … Erdogan can resort to?” Turkey’s economy doesn’t have a lot going for it: It depends heavily on foreign energy and other imports, and its exports are limited and especially crimped by the recent U.S. levies of tariffs, Gomes said. “So unless there are a couple of very generous friends out there, it is going to be a very difficult couple of years…. Turkey is at the mercy of international creditors at this point, and it’s a question of who’s going to step up to help.”

Turkey occupies a special place in the region’s politics, and that factor may persuade other countries to help stabilize the country, Nichols noted. “Turkey is at the nexus of a really complex set of political influences,” he said, pointing to Turkey’s role in the wars going on in Iraq and in Syria. “Turkey’s role in stabilizing that part of the world against the Arab and Persian influences is sometimes [playing] an antagonist and sometimes an arbitrator with Israel,” he added. At the same time, he noted that he doubted if “there’s enough money in the world to stabilize [Turkey, given] the horrible policies that Erdogan has been following in the last decade.”

Turkey in the past has used the International Monetary Fund (IMF) to bail itself out of problem situations, but Erdogan has said his country doesn’t need the IMF. On August 16, Turkey’s finance minister, Berat Albayrak, who is also Erdogan’s son-in-law, told international investors in a conference call that his country has no plans to seek an IMF bailout.

I have just authorized a doubling of Tariffs on Steel and Aluminum with respect to Turkey as their currency, the Turkish Lira, slides rapidly downward against our very strong Dollar! Aluminum will now be 20% and Steel 50%. Our relations with Turkey are not good at this time!

Gomes suggested that Erdogan would find an IMF bailout politically unpalatable. “This is strongman’s politics, and the trouble with strongman’s politics is that you cannot depend on others,” he said. “It’s hard for anyone to show up, hat in hand, asking for money from anyone…. Officially, Turkey does not need anything from anyone. They can’t [easily] back away from that kind of rhetoric and that kind of approach to world affairs and internal politics.”

However, in practice, Turkey does face problems that may warrant an IMF bailout. That would mean accepting tough conditions, including “significant concessions to the European Union,” said Gomes. “It would damage Erdogan’s image irreparably within Turkey if that were the case.”

Recent polls show that Erdogan’s Justice and Development Party is “not terribly popular in urban areas,” Nichols pointed out. “They’re very worried that they will lose a substantial amount of votes if something happens to discredit [Erdogan] or if he leaves the political arena,” he said. “They should be, given the fact that they’ve basically ceded power to his personality rather than his policies.”

Turkey may find it difficult to reach common ground with the US, too. Gomes said in return for any support, the US may make demands from Turkey that Erdogan would not want to accept, such as institutional reforms, more tolerance for opposition parties and a crackdown on corruption. At the same time, the U.S. should be worried about Turkey drifting away from its circle of friends, he added.

However, there is a possibility that the European Union and Turkey may find a way to put together “a package deal” to help the latter cope with its economic problems. Both have “a common antagonist” in the US, said Nichols. He noted that, on August 16, France stated that Turkey is critical to the European Union. At the same time, he did not see an easy way for the EU to help Turkey, because it is not an EU member. He also did not see aid to Turkey going down well with European voters. Meanwhile, resources or trade opportunities that Turkey could bank on to earn revenues are few and far between, he added.

Erdogan’s solution ultimately may lie in forging other relationships — possibly with Russia, China and other countries — that are “fueled by artificial anti-Americanism,” said Nichols. “Unfortunately, those kinds of relationships might make him even more popular.” 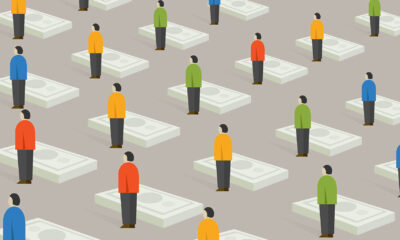 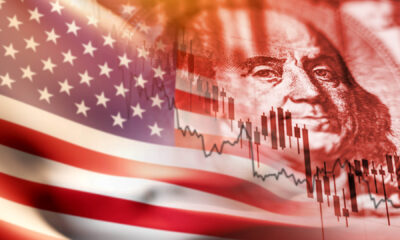