The IS attack on Istanbul has the potential to further isolate Turkey. Ankara must start finding friends fast.

When the academic Ahmet Davutoglu published the book Strategic Depth in 2001, on the eve of the Justice and Development Party’s (AKP) rise to power, he set out a foreign policy vision for Turkey that included the concept of “zero problems with neighbors.” It became a key plank of AKP policy as he became minister of foreign affairs in then-Prime Minister Recep Tayyip Erdogan’s government.

Fast-forward 15 years, and the political landscape has not only come full circle, but is now heading into unknown waters. Davutoglu is now prime minister. Yet his carefully built policy of zero problems with neighbors has been consumed by the multiplying crises of a region in turmoil. Turkey is now suffering the consequences of the Syrian-Iraqi war perhaps more than any other country outside those battlegrounds.

The latest attacks in central Istanbul on January 12 highlight just how many enemies the Turkish state now has. This is not an isolated act of terrorism, but one in a rapidly growing list of atrocities that reveal Turkey as a territory in which multiple conflicts are now playing out simultaneously. This is extremely dangerous for the country.

The Istanbul attack appears to have been the work of a 27-year-old Saudi-born Syrian working on behalf of the Islamic State (IS). As such, it is a further example of IS bringing its war onto Turkish territory. It first did this in July 2015 when the terrorist organization attacked Kurdish volunteers at Suruc on the Syrian border. This was followed by the worst terrorist attack in Turkish history on a pro-Kurdish rally in Ankara in October.

The latest attack is a departure in that its target was very deliberately the Turkish state, not the Kurds. Sultanahmet is the epicenter of the Turkish tourism industry, in the shadow of the Blue Mosque and the Hagia Sophia—Turkey’s most recognizable symbols abroad. As such, it is both a physical and a symbolic attack in much the same way that 9/11 was in the United States.

Turkish policy under the AKP to this point has appeared to be predicated on the assumption that Islamist terrorism could not affect Turkey. It is after all a Muslim state governed by a party with Islamist roots. This was reflected in the low priority given to combatting IS, which at one point appeared to be a potential counterweight to resurgent Kurds in northern Syria aligned with the Kurdistan Workers’ Party (PKK). The Islamic State was also seen as a counterweight to the Assad regime in Syria, which has likely hit Turkish territory with terrorist attacks through proxies such as in Reyhanli in 2013. In both cases, there was a clear temptation for the Turkish state to view its enemy’s enemy as, if not a friend, at least no threat to itself. This calculation needed reviewing from the moment Turkey relented to US pressure to use Incirlik airbase for strikes against IS and openly joined the coalition against the group.

The result is a situation where Turkey now has a bewildering cast of enemies—IS, the PKK, the Syrian Kurdish YPG units, the Assad regime and, increasingly, Russia and Iran—not all of whom are on the same side, but all of whom can use Turkey’s many conflicts as leverage in their own struggles with the AKP government.

The aftermath of a terrorist attack that strikes at the heart of the Turkish state might seem a strange moment for reconciliation. However, despite the rhetoric of the Turkish government, terrorism is rarely tamed and never ultimately defeated through arms alone. In the current situation, Turkey needs to draw down the long list of enemies fast.

This is a tall order in the circumstances. Much of the current chaos in Turkey is due to the Syrian-Iraqi war. While it rages, there is limited capacity to stem its destabilizing effects on Turkey’s southern border. The crux of the problem for the AKP government is that Turkey has little power to leverage the situation within Syria or Iraq. The initiative is with its enemies and Turkey is at the mercy of forces beyond its control.

However, there remains one key dimension in which Turkey can directly influence the situation both at home and beyond its borders. The dialogue with the PKK, which has been allowed to unravel in the last half a year, must be reexamined. It is the one area over which Turkey has control and can change the status quo. Only through reengaging the PKK can the government stem the negative impact of YPG gains on Turkey and the ability of the Assad regime and its supporters to undermine Ankara.

The fact that everyone is discussing the attacks in Istanbul once again raises the issue of Western bias that emerged after the Paris attacks. The deaths of Westerners make global headlines and cause far greater shockwaves than the deaths of people from elsewhere. This is a sad truth that the perpetrators of such attacks understand and utilize.

Most people would have trouble naming a terrorist attack in the past year aside from those in Paris, Istanbul and Sousse. All were attacks on Westerners. The worry for Turkey is that while an attack in Paris creates a fierce determination to defend the homeland, attacks in Tunisia or Istanbul are more likely to make ordinary Westerners choose Greece or Spain for their vacation next year.

The result is a hardening of the line between the Muslim and non-Muslim worlds, just as the Islamic State intended. For Turkey, this could mean greater isolation, fueling introverted nationalism and a further descent into the ethnic and sectarian conflicts that are tearing apart not only Turkish territory, but the entire Middle East. 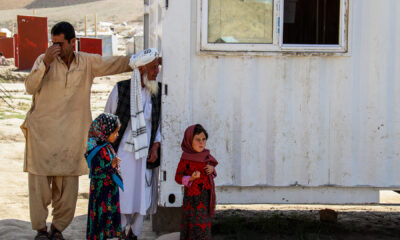