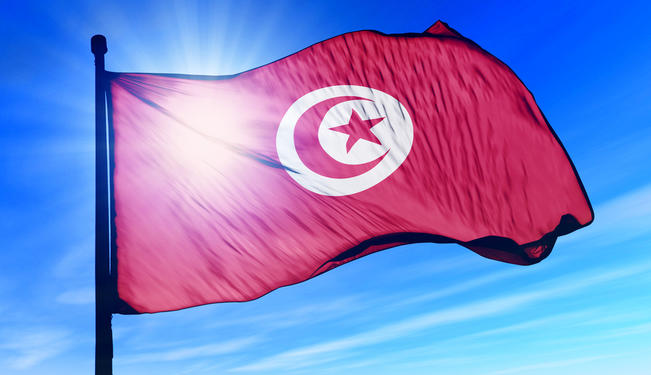 Tunisia seems to have become fertile ground for jihadist groups.

His selection came as the moderate Islamist party, Ennahda, stepped down from power after facing significant domestic pressures, such as large-scale protests and increased cohesion amongst opposition parties.

Ennahda was originally elected with overwhelming support after the upheavals of 2011. While this development appears to be a step forward for democracy in Tunisia, it may bring about considerable instability in the short-term.

On December 17, protests were held in the capital and in Sidi Bouzid to mark three years since a young street vendor set himself on fire in desperation over unemployment and police harassment, unleashing a contagious uprising that would spread throughout North Africa and the Middle East.

The protesters included ultraconservative Muslims calling for a caliphate as well as activists demanding more jobs. Demonstrations came as a reminder of the frustration that reigns in Tunisian society.

"Far from getting better, the living conditions for the population are deteriorating, and the three governments that followed one after the other have done nothing to turn things around," said protester Youssef Jelili in the Huffington Post.

Due to a fragmented political scene, Ennahda had been able to exercise a large amount of power in post-revolution Tunisia. Nevertheless, criticism toward the ruling party has steadily mounted, and disparate factions have now come together to unite in opposition.

Critics of Ennahda, including various politicalparties and civil society organizations, argue that it has consolidated an undue amount of power into its own hands, all along ignoring the real issues in the country, such as the rising security threat posed by militant Islamist groups and the social and economic duress felt by the population.

Given the gridlocked political system, anti-government sentiment has increasingly resulted in street violence. As protests escalated, Ennahda agreed to new elections and an immediate transfer of authority to a caretaker prime minister, lest they be ousted as their Egyptian counterparts, the Muslim Brotherhood.

Jomaa received support on the grounds that many believe he represents an independent, technocratic option.

Many in Tunisia, however, feel that Jomaa is an Ennahda-aligned politician who has been promoted by the party as an independent to assuage domestic political and social pressures. The Nida Tounes party, Ennahda’s most prominent political opposition, did not support the selection, because, as a spokesman said: "It is true that he is a technocrat, but everyone knows he is close to Ennahda."

If the public, too, starts viewing Jomaa as merely another manifestation of Ennahda, it is likely that domestic pressures will once again rise and the political standstill will return.

Displeasure with the Ennahda administration is largely tied to the lack of socioeconomic progress made during their time in office. Since the Arab Spring, a constantly shifting cabinet of ministers has been paraded in front of the people, while unemployment has reached nearly a quarter of the population.

Discontent over post-revolutionary conditions has been taking on an increasingly radical form. Most alarming is the rise of extremist movements, including the al-Qaeda-linked Ansar al-Shariah, which has not shied away from indulging in political assassinations, such as those of Chokri Belaid and Mohammed Brahimi. Many blame Ennahda for this, pointing to their lax attitude towards jihadist violence.

The New York Times also reports on a growing concern that hundreds of young volunteers are being recruited in Tunisia through a widening network of hard-line Salafist mosques to be trained to fight in Syria. Also, the use of suicide attacks, up until now unheard of in Tunisia, is a sign of the spreading radicalization of the young.

Tunisia now seems to have become a fertile ground for jihadist groups to recruit their faithful among the unsatisfied and unemployed. This is not something that an interim government – one with little trust from the people – can efficiently handle.

Tunisia, like many other post-revolution Arab countries, is dangerously skirting along a precipice that, once crossed, leads to failed statedom.

*[This article was produced in partnership with Ethnographic Edge.]