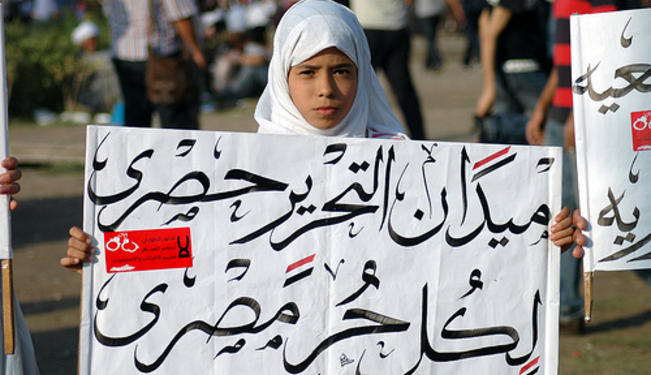 Continuing demonstrations in Cairo’s Tahrir Square and Sanaa’s Change Square represent the protracted struggle for power in the Middle East-North Africa region: one against the dominant military, the other against the reincarnated regime of an ousted president. Both also show how Saudi-led efforts to support Egypt’s military-led regime and Yemen’s newly appointed government have deprived protesters of the fruits of their revolt.

The popular revolts in Egypt and Yemen have been put on the defensive by a combination of Islamist electoral success and Saudi-led Gulf Cooperation Council (GCC) support for Egypt’s military and Yemeni President Ali Abdullah Saleh. Despite being under siege, Saleh has been showing an uncanny ability to neutralise a GCC-negotiated agreement that would ease him out of office by February.

Islamists have successfully exploited Egypt’s first post-revolt election to marginalise the protesters on Cairo’s Tahrir Square, who battled with security forces last month, resulting in 42 dead. The Muslim Brotherhood and the Salafi Al Nur movement together won an absolute majority in the first two of three rounds in the first parliamentary elections since President Hosni Mubarak was ousted last February. The final outcome will be determined in a third round of voting in January.

From square to ballot box

The initial election result has positioned the Salafis as the main competitor of the protesters on Tahrir Square in challenging establishment political parties and forces, whether remnants of the ancient regime, the country’s military rulers, or the Muslim Brotherhood (MB), with the MB being viewed by many as the opposition wing of the old established order. The new parliament is expected to appoint most of the members of the committee that will be tasked with drafting a new constitution in advance of a presidential election in June 2012.

The electoral success of the MB and their rivals, the Salafis—a heterogeneous movement of fundamentalist Muslims who want to return to the practices of Islam’s 7th century Caliphs—has shifted the battle against the old regime, the military rulers, and established political parties, from the square to the ballot box.

The military, despite contradictory statements on whether it would recognise the election result by allowing parliament to exercise power, sought to reinforce that shift in bitter battles with protesters camped out in front of the newly appointed prime minister’s office. At least 10 people were killed and more than 300 wounded in the ongoing clash. The military is trying to move the protesters away from the prime minister’s office and out of the square in the belief that a majority of Egyptians, by casting their vote, have opted for electoral politics.

The Egyptian military and the Salafis may be on opposite side of the fence, but they both in their respective ways serve Saudi-led Gulf Cooperation Council (GCC) efforts to blunt the edge of popular revolts sweeping the Middle East that have also toppled the leaders of Tunisia and Libya, forced the exit of Yemen’s President Saleh, and pushed Syria to the brink of civil war. Both the military council and Salafis are supported by the Saudis through US $4bn in assistance to the military regime and reported funding for the Salafis through public and private donations.

The Salafis electoral success however constitutes a mixed blessing for the Saudis. The participation of a strand of Islam closely associated with that of the kingdom implicitly challenges Saudi assertions that democracy contradicts Islam.

While the Saudi strategy is effectively rendering the Egyptian protesters marginal, it is backfiring in Yemen where a GCC-negotiated agreement for Saleh’s departure from power has enabled him to maintain his grip even though he has officially handed over to his vice president. Since his return from medical treatment in Riyadh Saleh’s agreement to leave office following an election scheduled for February 2012 leaves him enough time and space to consolidate his power instead. He has also authorised his vice president to appoint a new cabinet—in violation of the constitution.

Under the GCC agreement Saleh gets to remain in Yemen with immunity from prosecution, while his family members retain control of key military units and his vice-president becomes president for the next two years as a new constitution is drafted.

Their resolve is further strengthened by the failure of the energy-rich Gulf states to alleviate the economic suffering in the Arab world’s poorest state. Though Yemen, far more than Egypt, is dependent on foreign aid for relief, the Gulf states have refused Yemen’s repeated appeals for improved access of Yemeni workers to GCC labour markets. These have been restricted since the expulsion in the early 1990s of one million Yemenis from Saudi Arabia in retaliation for Yemeni support of Iraqi leader Saddam Hussein. Opening up labour markets would allow labourers to send remittances back to a country in economic collapse.

One striking exception, and a model for what Saudi Arabia and other GCC states could do to prevent further destabilisation of Yemen and a potential threat to Gulf security, is an initiative by a foundation headed by the wife of the emir of Qatar, Sheikha Moza. Her foundation acts to create jobs in Yemen, whose labour force is largely under-skilled and where youth unemployment is estimated at 50%, to increase vocational training in Yemen and incubate start-ups.

Nonetheless, on both Tahrir Square and Change Square, protesters have found themselves marginalised. The main factors behind this marginalisation are the established political forces with the political machinery and experience to exploit the transition for their own ends, and the Saudi-supported Salafis who are riding the Islamist tide sweeping the region. The fate of the Tahrir Square protesters will depend on whether the elections, due to end in mid-January, are perceived as having advanced the revolt’s cause.

By contrast, Sanaa’s Change Square still has wind in its sails. There is a growing perception that the GCC agreement has failed to oust Saleh while Yemen’s wealthy neighbours stand by as the country sinks into a deeper morass. As a result Change Square seems to have a longer lease of life than its more famous counterpart in Cairo.

James M. Dorsey is a Senior Fellow at the S Rajaratnam School of International Studies (RSIS), Nanyang Technological University. He has been a journalist covering the Middle East for over 30 years.

*[This article was originally published by RSIS on December 9, 2011].