If the borders with Syria are reopened, Jordan can become a hub for the reconstruction process.

Jordan is employing a new political and security tactic regarding the Syrian conflict. On August 30, Amman, the host of the Military Operations Center (MOC) that oversees the truce in Syria, held a prisoner swap. The warring sides exchanged 30 Syrian army soldiers, including a pilot whose jet was shot down by groups under the Free Syrian Army (FSA) umbrella, the Free Tribes Army (Jaysh Ahrar al-Ashayer) and the Lions of Eastern Syria (Jaysh Usood al-Sharqiya), in exchange for 100 FSA fighters.

Talal Salameh, commander of the Lions of Eastern Syria, claimed that Jordan brokered the deal, having received the pilot and handed him along with the 29 other prisoners to the Syrian government via MOC. The pilot was captured in mid-August, after the rebels shot down his warplane in a desert area where Syrian government troops and their allies are on the offensive in an attempt to dislodge US-backed rebel forces. It is also on the offensive there to secure its access to the largely Daesh-held Deir Ezzor province.

The Syrian government pledged to execute some terms of the exchange, which include the release of 100 prisoners detained by the Syrian army, opening the road from eastern Qalamoon to FSA fighters and equipment to Syrian Badia region. The deal also stipulates pulling Syrian army troops 40 kilometers inside Syrian borders, from eastern Suwaida to al-Tanf crossing, to keep militants away from Jordanian borders.

Salameh stated that both Jordan and Russia were the guarantors to the deal. Cooperation between Amman and Moscow is opening channels of communication with Syria. The process is reinforcing the political conviction that the opportunity is ripe to rebuild confidence between Amman and Damascus through exchanging intelligence, especially since Jordan has already facilitated a peaceful handover of the Free Tribes Army in the southern Suweida area to the Syrian government forces.

All this is in line with recent courting between Jordan and Syria through Jordanian spokesperson Mohammad Momani, whose August 25 statement on Jordanian TV, along with the Syrian president’s media and political adviser Buthaina Shaaban, mentioned that “Syria’s and Jordan’s hearts still beat for each other.” These may be signs of the good intentions by both countries to normalize ties and to reopen the borders in the near future. “If the current situation continues and southern Syria stabilizes, it would allow for the reopening of the crossing points between the two states,” said Momani.

All of this is in line with King Abdullah II of Jordan’s statement in a joint press conference with Canadian Prime Minister Justin Trudeau August 29, at which the Jordanian monarch voiced hopes that a recent ceasefire in southern Syria will spread to other parts of the country and lead to a negotiated peace. The Hashemite Kingdom shares a border of more than 370 kilometers with Syria, where over 330,000 have been killed and millions displaced since the civil war broke out in 2011. Amman is working on a tripartite deal with Russia and the US in southern Syrian provinces of Daraa, Quneitra and Suweida. The deal entails defusing tension on the southwestern front, near Israel and Jordan, and removing heavy artillery as well as a first step. The second step would be to start a reconciliation process between the armed groups and the Syrian government under the supervision of the three countries.

Jordan is now looking forward to replicating the ceasefire in the southwest of Syria to other areas to ease the way for political solutions in order to guarantee the country’s territorial integrity and end the bloodshed. On September 14 and 15, Astana will host talks with Iran, Russia, Turkey and representatives of both the Syrian government and the foreign-sponsored armed opposition. Jordan is seeking to achieve a full ceasefire in the whole of Syria before the year’s end in order to be able to talk about reopening of its borders with Syria after ensuring the safety of passage for both sides.

There is no doubt that Jordan’s economy is severely affected by the closure of borders with Iraq and Syria. Jordanian losses resulting from war in Syria have deprived the Jordanian economy of $400 million annually and caused an 8% increase of the country’s population as a result of the influx of refugees. Without the war in Syria, the annual growth rate could have been 4% instead of 3% in 2013. This 1% decline means a cumulative loss of income almost equivalent to the grants from international organizations such as the World Bank, the IMF and the UN Development Programme Jordan received in 2012.

The main reason for the rise in inflation was the hike in rental prices, as Syrian families sought housing in Jordan; the Zaatari camp on the border with Syria only hosts a quarter of all refugees. Without the war in Syria, rents could have risen by only about 2.7%, not 7.7%. The refugee crisis also took a toll on the Jordanian trade balance. Imports increased to meet the needs associated with population growth; non-energy imports increased by more than 11%.

The Naseeb-Jaber crossing is one of the Middle East’s busiest trade routes as it connects Europe to the Middle East via Turkey, Syria, Jordan, Iraq and Saudi Arabia. Before the closure of borders, Jordan’s Investment Commission handled $1.5 billion-worth of goods a year. Now that amount is zero. Before the Syrian uprising in 2011, about 5,000 trucks used to make the cross-border trip each month. Just 100 trucks carrying humanitarian aid have crossed the border over the last four years.

Now is the time to think about returning to prewar levels of transportation as soon as possible. If the borders with Syria are reopened, then Jordan will become a hub for the reconstruction process, helping boost the Jordanian economy by stimulating growth. 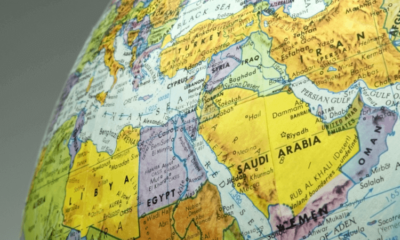 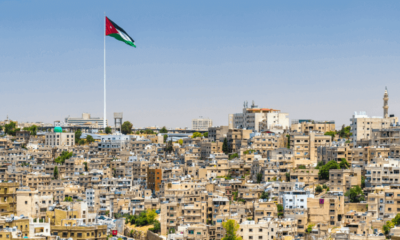 Jordan’s Fragile Stability Is under Threat 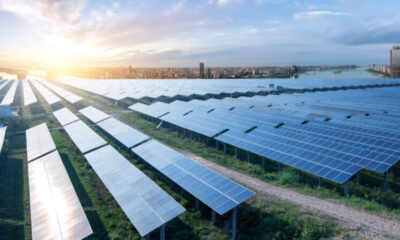