Since when has a religious security alliance ever achieved peace and understanding in this or any other part of the world?

The Trump administration has resurrected the notion of forming an “Arab NATO,” the principal missions of which would be to confront a resurgent Iran and to relieve the US of the region’s immense security burdens. But are circumstances now any better than those encountered in previous US attempts to form such an alliance?

This idea was first proposed in 1955 in what became known as the Baghdad Pact, which became the Central Treaty Organization (CENTO). Having spearheaded first NATO and then SEATO (the Southeast Asia Treaty Organization), the US sought to expand its efforts to blunt Soviet aggression in the Middle East and Central Asia with formation of another security alliance on Moscow’s southern flank.

Its initial members included the UK, Pakistan, Turkey and — ironically given today’s circumstances — Iran and Iraq. The US was not a formal member but did sign bilateral security agreements with each of the CENTO members. Following Gamal Abder Nasser’s 1956 seizure of the Suez Canal, the subsequent Egypt-Syria Arab union, the 1958 Lebanese conflict and US military intervention, along with the loss of British standing in the region, CENTO began to founder.

In 1959, Iraq withdrew, followed by Iran 20 years later. In light of these events and the absence of the security guarantees of NATO — namely Article 5 that stipulates that an attack against one is an attack against all, and especially the security umbrella the US extended to NATO —  CENTO’s demise was virtually assured.

Beginning with the administration of George H.W. Bush in 1988 and running through Barak Obama’s time in office, the US sought to strengthen what it viewed as key Arab states through bilateral security agreements or understandings as opposed to some overarching, unwieldy regional alliance. The efforts of Presidents Bush, Bill Clinton, George W. Bush and Obama were, like Dwight Eisenhower’s in 1955, intended to confront and staunch an “aggressor” regional state, in this case Iran. The Gulf states, as well as Egypt and Jordan, were all recipients of American security largesse, including myriad military training, equipment and weapons sales, logistics support and intelligence cooperation.

In cases such as Egypt and Jordan, the military assistance was complimented by economic assistance. For the most part, this approach of bilateral accords worked more effectively than a comprehensive, one-alliance method.

More That Divides Than Unites

Those US administrations saw many of the inherent flaws of CENTO as well as new challenges that had arisen in the region. None of the recipient states were a democracy and, therefore, shared no predominant political identity. Initial NATO members Turkey and Greece weren’t democracies at NATO’s founding, but gradually became democratic. Such an evolution in the Middle East does not seem likely at present.

While the US made certain commitments, it was highly unlikely that either an American president or the US Senate would ever provide for what has been the ironclad security guarantee they were willing to extend to NATO. In fact, the establishment of Israel in 1948 and America’s increasing ties with the Jewish state ever since made it clear that the US could never offer such a guarantee when the prospect of Arab-Israeli conflict was so real.

Other challenges existed and continue to this day. Internal conflicts among and between the states in the region, including those beyond security, abound. NATO members, especially those of Europe, formed trade and economic ties ultimately ending up with the world’s largest and most powerful economic, trade and currency bloc — and democratic, too — the European Union. Such a progression in the Middle East would seem all but impossible today. Even the Gulf Cooperation Council (GCC) — formed in 1981 and perhaps the closest to what might be considered a genuine regional alliance today — has not reached anything approaching EU levels, despite repeated efforts, and now faces centrifugal forces that may be beyond its ability to control.

In addition to the GCC’s threatening dissolution, more regional demons lurk. Most of the nations in the region face serious internal challenges, which are being met with varying degrees of success, but in many cases with stepped-up repression. Egypt is the most obvious with terrorist-inspired instability in the Sinai. Major civil wars in Yemen, Syria and Libya show little prospect of peaceful resolution.

The oil-fueled economies of the Gulf are now rethinking their long-term economic plans after the precipitous decline of oil prices in 2014, enormous success of oil producers utilizing advanced hydraulic fracturing, especially the US, and the turn to conservation and increasing use of renewable forms of energy. All the signs are there for an eventual decline of fossil fuels, which is the economic mainstay of the Gulf states.

So what is there to hold these diverse nations together? No shared overarching political ideology (yet), few economic ties, no common currency, no key trading relationships, weak internal security in many of them, uncertain economic futures and rising sectarianism between and within many of the states. Does that sound like the makings of another NATO?

Washington’s ostensible motivation for this latest alliance initiative — confronting Iran — could end up aggravating many of these factors, most especially sectarianism. Since when has a religious security alliance ever achieved peace and understanding in this or any other part of the world? In all likelihood, a Sunni alliance will only exacerbate already heated Sunni-Shia tensions.

The proposed alliance would include the Gulf states, Egypt and Jordan. The latter two face enormous economic and internal security challenges and the former seems bent on self-destruction of what has been the region’s closest approximation to an alliance, the GCC. Moreover, some GCC members who are characterized by diverse religious populations — like Bahrain, Kuwait and Oman — might balk at joining an alliance that could rile their own citizens. Iraq, not currently envisioned as a member, presents its own set of sectarian challenges to the region, mired as it is in its own sectarian and ethnic divisions between majority Shia and minority Sunni, and majority Arab and minority Kurdish populations.

How would a new and improved Middle East NATO deal with a major Arab state next door that itself presents a potential threat to it, as it’s done twice in recent history?

There is also the critical ingredient that played a major role in CENTO’s expiration — a US security guarantee. Quite bluntly, with America’s current pledge to NATO now in some doubt under Donald Trump, is it even remotely conceivable that the US administration, and even less the US Congress, would go along with such a proposal?

The Trump administration will need to stop making comparisons to NATO. It is a one-of-a-kind alliance only possible among nations with shared values, political systems and aspirations. If Washington wishes to blunt what it sees as Iran’s encroachment in the Arab world — an unquestionably valid and undeniably disconcerting development considering Tehran’s ruling, theocratic dictatorship — it will have to look to some other instrument.

Finally, it is important to recall what ultimately brought down the Soviet Union. First and most important, the USSR’s principal undoing was itself and the corrupting rot it set among its former states, starting with Russia. Communism was unworkable, a fact recognized by many citizens long before the Soviet leadership did. Second, it should be remembered that diplomatic efforts, like the Helsinki Accords or Helsinki Final Act of 1975, gave renewed hope to all people behind the Iron Curtain and helped to seal the ultimate victory of freedom and democracy over oppression. NATO certainly played a role throughout the Cold War in securing the democratic nations of Europe, but NATO never faced off against the Soviet Union in battle.

The Trump administration would be well advised to review recent world and American history before embarking down what seems to be a long and ultimately counterproductive path in alliance building in the world’s most fraught and conflict-prone region. 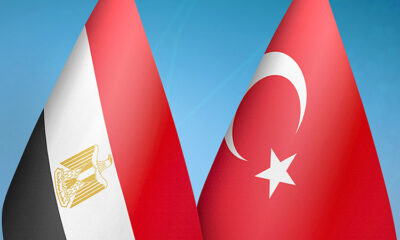 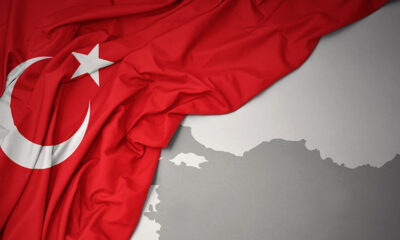