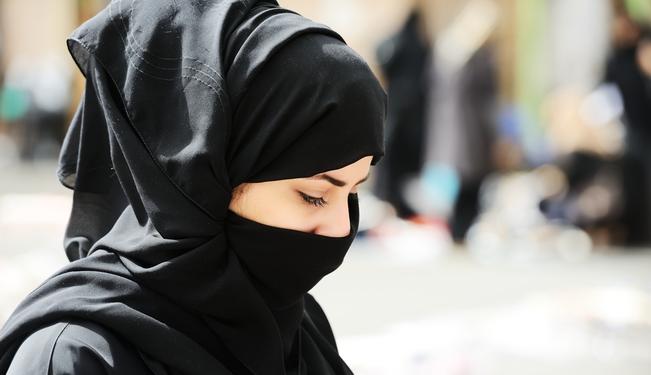 Saudi Arabia is seeing an emergence of political dissent from soccer fans. The country may be on the verge of licensing women’s soccer clubs that currently operate in a legal nether land.

Soccer, alongside minority Shiite Muslims and relatives of imprisoned government critics, is emerging as a focal point of dissent in Saudi Arabia; an oil-rich kingdom that, despite banning demonstrations by law, is struggling to fend off the waves of change sweeping the Middle East and North Africa.

Fan pressure is evolving as a potent tool in the absence of the right to protest. It follows intermittent demonstrations, and at times deadly clashes with security forces, in the kingdom’s predominantly Shiite Eastern Province that hosts its major oil fields as well protests by family members of activists imprisoned for lengthy periods of time without being charged.

In the latest assertion of fan power, a Facebook page entitled "Nasrawi Revolution" demands the resignation of Prince Faisal bin Turki, the owner of storied Riyadh club Al Nasser FC and a burly nephew of King Abdullah who sports a mustache and chin hair. A YouTube video captured Prince Faisal seemingly being pelted and chanted against as he rushed off the soccer pitch after rudely shoving a security official aside.

The campaign against Prince Faisal follows last year’s unprecedented resignation of Prince Nawaf bin Feisal as head of the Saudi Football Federation (SFF), the first royal to be persuaded by public pressure step down in a region where monarchial control of the sport is seen as politically important.

Prince Nawaf’s resignation led to the election of a commoner, storied former player Ahmed Eid Alharbi, widely viewed as a reformer and proponent of women’s soccer in a country that views free and fair polling as a Western concept that is inappropriate for the kingdom. Prince Nawaf retained his position as head of the Saudi Olympic Committee and the senior official responsible for youth welfare that effectively controls the SFF.

Nevertheless, the resignation of Prince Nawaf and the campaign against Prince Faisal gains added significance for a nation in which the results of premier league clubs, associated with various members of the kingdom’s secretive royal family, are seen as a barometer of their relative status — particularly at a time that its septuagenarian and octogenarian leaders prepare for a gradual generational transition.

“The Saudis are extremely worried. Soccer clubs, rather than the mosque, are likely to be the center of the revolution. Kids go more to stadiums than to mosques. They are not religious, they are ruled by religious dogma,” says Washington-based Saudi dissident Ali al-Ahmad, who heads the Gulf Institute. Al-Ahmad was referring to the power of clerics preaching Wahhabism, the puritan interpretation of Islam that was developed by 18th century preacher, Mohammed Abdul-Wahhab. Saudi Arabia’s ruling Al-Saud family established the kingdom with the help of the Wahhabis, who in return were granted the right to ensure that their views would dominate public life.

Sport sources in the soccer-crazy kingdom say, the authorities are seeking to reduce soccer’s popularity by emphasizing other sports like athletics and handball in policy and fund-raising, while at the same time preparing to professionalize and further commercialize the sport using the English Premier League as a model.

“They are identifying what talent is available in the kingdom. Football is a participatory sport. They want to emphasize the social aspects of other sports. Football won only one medal in the last Asian Games. They think they can score better in other sports. There are parallel agendas with competition about who gets the visibility,” one source said.

Soccer’s popularity and competition with religion was evident during the 2010 World Cup when authorities parked trucks in front of Internet and other cafes, rolled out red carpets and urged Saudis watching matches on television screens to interrupt at prayer time.

The clergy’s puritan view of life that only allowed for the emergence of soccer in the 1950s is under pressure, with clerics being forced to retreat from their refusal to permit physical education for girls and women’s sports facilities. Saudi Arabia recently announced it would allow physical education for girls in private schools as long as they do so in line with Islamic law. Yet, a five-year national sports plan, the kingdom’s first, currently being drafted does not make provisions for women’s sports.

In a further move, sports sources say Saudi Arabia may be on the verge of licensing women’s soccer clubs that currently operate in a legal nether land, often with the help of more liberal members of the royal family. These opportunities are, however, largely accessible only to women from wealthier families. Deputy Minister of Education for Women's Affairs Nora al-Fayez, was recently quoted as saying that public schools could follow suit.

With sports facilities for women almost non-existent, women are forced to, for example, to jog dressed so that men cannot see their bodies. Similarly, there are no opportunities to train for international tournaments. Last year, Saudi Arabia fielded under pressure from the International Olympic Committee for the first time women – albeit expatriate ones — at an international competition during the London Olympics. In the kingdom itself, the all-women Princess Nora Bint Abdul Rahman University is the only institution of higher education that has sports facilities, including a swimming pool, tennis court and exercise area for females.

Columnist Abdulateef al-Mulhim in the Arab News recently credited women for Al Fateh SC’s success in winning the Saudi soccer championship. The victory broke a cycle of poor performance that had depressed a key manager of the club based in the city of Al Mubaraz, al-Mulhim wrote.

“His mother was the one who encouraged him not to give up and gave him the financial support needed for running the club. Ironically, she even advised him about many of the deals which involved the transfer of the best players to the club…As time passed, people knew of more women from the families in Al Mubaraz city," stated al-Mulhim.

Furthermore, al-Mulhim noted: "In the official website, there are more women’s names who are honorary members of this club such as, Fathyah, Ayshah and Fatimah Al Rashid. There are other ladies from other families who also were part of the general public relations through the social media means and through their direct support…In other words, many young men and women from the city of Al Mubaraz put their hands together and accomplished a dream for being the best in the kingdom. Last year, this club was the most admired for its performance and for the information of the readers.”

Al-Mulhim’s highlighting of the women of Al Mubaraz, as well as the introduction of sports in schools, positions sports as a key platform for enhancing women’s rights in which women retain economic rights, but are even more restricted than men in their political rights and personal lives.

Nevertheless, it reflects gradual change. Women are prominent in various professions; will be allowed to run for office and vote for the first time in the 2015 municipal elections; were last year admitted to the more or less toothless top advisory council to the king and permitted to be sales’ clerks in female apparel shops and ride motorcycles and bikes in parks properly dressed and accompanied by a male relative. The ban, however, on driving remains in place.

James M. Dorsey is a senior fellow at the S. Rajaratnam School of International Studies, director of the University of Würzburg’s Institute of Fan Culture, and the author of The Turbulent World of Middle East Soccer blog.